Manchester United have reportedly missed out on a new training kit deal worth £200million over 10 years due to concerns over the anti-Glazers campaign.

United were meant to replace AON with Myprotein, a Cheshire firm owned by Manchester-based company The Hut Group, as one of their sponsors.

However, Richard Arnold – United’s group managing director – announced The Hut Group had pulled out of the contract which was due to start on July 1. 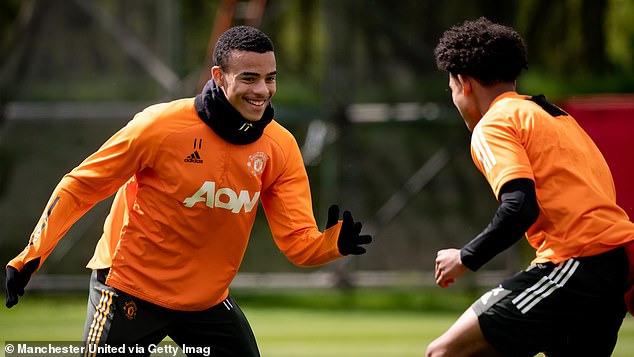 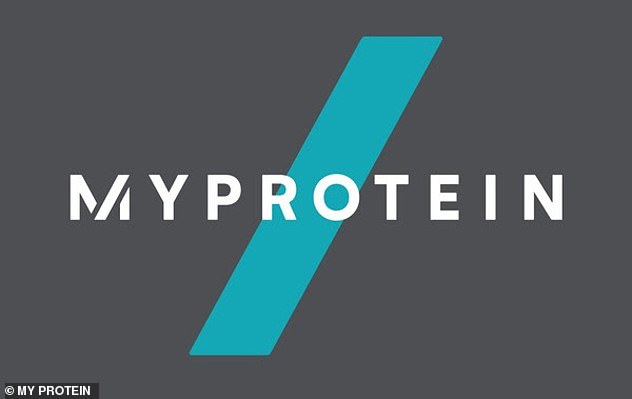 United were meant to replace AON with Myprotein, owned by THG, as their new partner

According to The Observer, THG have pulled out of the deal due to concerns over the club’s attempted boycott of the United owners and their partners.

The Glazers have recently been targeted by United supporters over the club’s failed bid to join the now defunct European Super League.

The fans expressed their frustration at the American owners by storming Old Trafford ahead of United’s clash with Liverpool.

Hundreds of fans protested outside the stadium, while a select few even made their way into the stadium.

As a result, Manchester United’s Premier League fixture against the Reds was postponed. 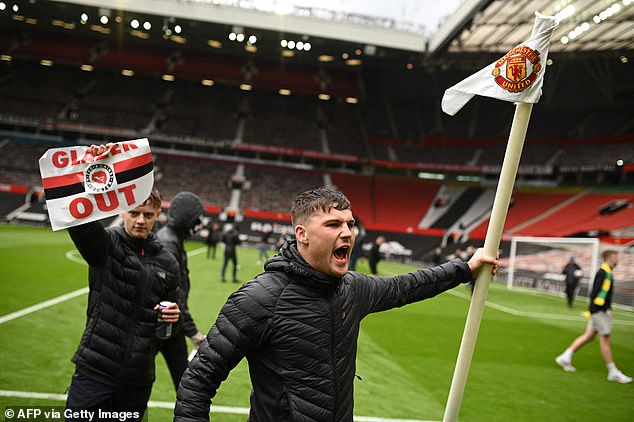 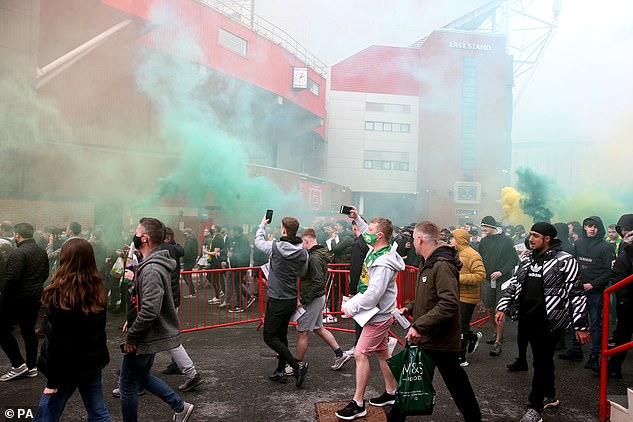 Fans protested outside the stadium, while a select few made their way into the stadium

THG were allegedly alarmed by the subsequent backlash against Manchester United’s partners on social media.

An anonymous group took to Twitter to call for a boycott of the club’s major partners – Adidas, TAG Heuer and Cadbury – using the hashtag NOTAPENNYMORE.

Having seen the campaign on social media, THG were worried they would be targeted by fans in Greater Manchester.

Therefore, the multibillion pound company – who are located near Manchester Airport – pulled out of the deal.

The decision will come as a blow to United – who will see their contract with AON expire on 30 June.

According to the Observer, both THG and Manchester United have declined to comment.