Manchester United throw their backing behind Marcus Rashford’s campaign with pledge to deliver 5,000 free meals to the vulnerable over half term… as Boris Johnson hints at a U-turn on policy after public backlash

The club have linked up with the UK’s biggest food charity FareShare to distribute meals to vulnerable children over the holidays following the Government’s decision not to extend the voucher scheme.

Food provided by FareShare will be be processed, prepared and packaged into individual meals at Old Trafford kitchen facilities by United staff, then shipped by the club to local Manchester United Foundation partner schools. They will then distribute the food to kids who would usually receive government-funded meals. 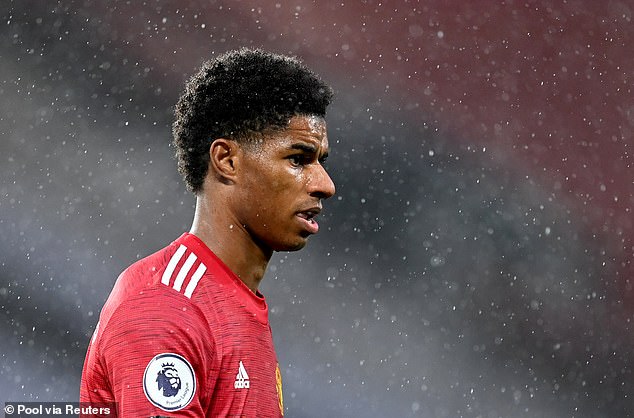 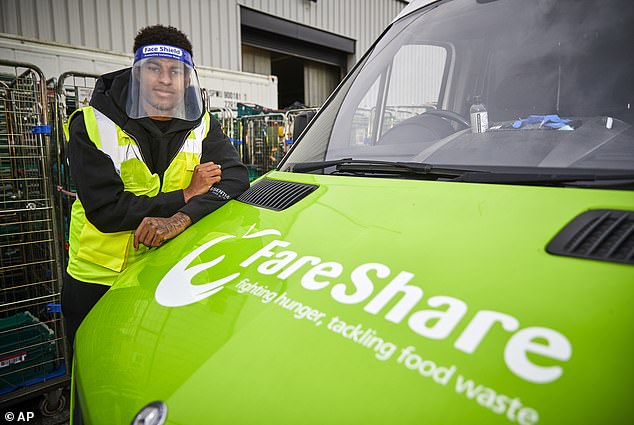 Collette Roche, Chief Operating Officer, Manchester United praised the individual work of Rashford in highlighting the issue of child hunger and said the club will continue its work throughout the winter.

‘With our teams back playing, the attention for many has returned to what is happening on the pitch. But our work to help support those in need has not stopped and it will not stop as we face into the winter and the restrictions continue to impact our local communities. 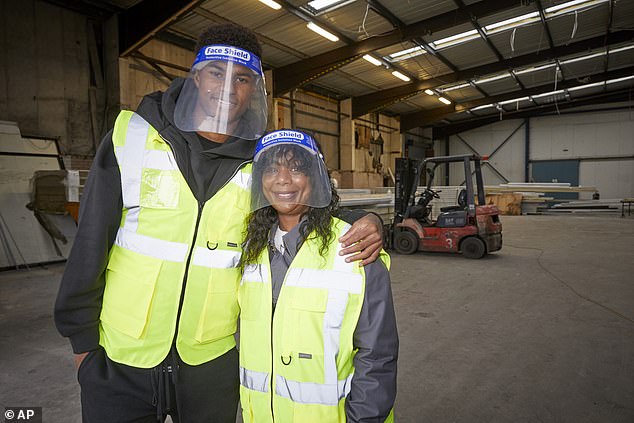 ‘Many of Manchester’s children are going hungry and they are particularly vulnerable during school holidays when they cannot benefit from the meal voucher programme. In parallel with the brilliant work being done individually by Marcus Rashford, we’re proud that the club continues to step in alongside FareShare, the Foundation and their partner schools to help fill this void.’

Miranda Kaunang, Head of Development at FareShare Greater Manchester added that the partnership comes at a crucial time for families who have been struggling during the pandemic.

Last week Conservative MPs rejected a Labour motion calling for an extension of free school meals over the school holidays until Easter 2021 by 322 votes to 261.

Rashford had led the campaign and was awarded an MBE in recognition for his work.

Following the Government’s decision, the striker shared posts from local businesses across the country offering free food distribution on his social media platforms.

Downing Street sources now say that work is being done on more support for eligible pupils outside of school term time.

Prime Minister Boris Johnson admitted he had not spoken to Rashford since June following the Government’s first u-turn despite claims from Health Secretary Matt Hancock that they had been ‘communicating’.

He said: ‘I totally understand the issue of holiday hunger, it is there, we have to deal with it.

‘The debate is how do you deal with it. We are very proud of the support we have given, I have said repeatedly throughout this crisis that the government will support families and businesses, jobs and livelihoods, across the country.

‘We’re going to continue to do that.’

Rashford visited FareShare Greater Manchester to help with food distribution a day after the motion to extend the free meals voucher was defeated by the House of Commons.