Home » Soccer » United will NOT buy players in January, with only loans on the table

Manchester United have been reduced to shopping in the loan market this January as the Glazers look to sell the club.

The move looks to have cost them a deal for Liverpool bound Cody Gakpo who is moving to Anfield from PSV Eindhoven in a £44million deal as United were left floundering.

The Reds agreed a deal with the Dutch club after holding talks on Monday night to head off competition from Manchester United. 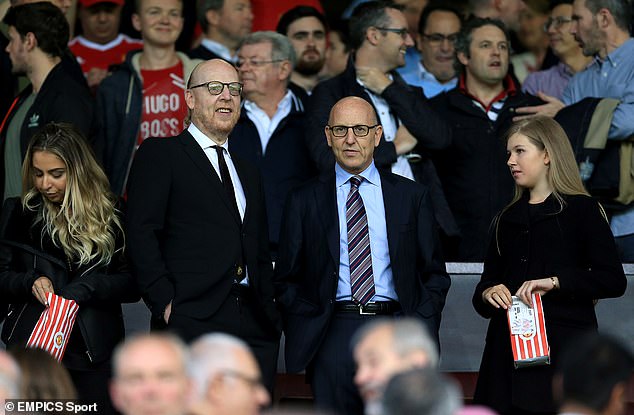 United had instigated talks but were still to finalise a financial offer and Liverpool have taken advantage, with PSV confirming that a deal had been reached between the two clubs.

In a statement on Twitter, PSV wrote: ‘PSV and @LFC have reached an agreement on the proposed transfer of Cody Gakpo. The 23-year-old attacker will leave for England imminently where he will be subjected to the necessary formalities ahead of the completion of the transfer.’

The news the club will only be able to do loan deals is a hammer blow to Erik ten Hag who had big hopes heading into the window.

Just last month, during United’s trip to Spain during the World Cup break, when asked on whether he would like to strengthen, the Dutchman had said: ‘Yes, but only when we find the right player. We do everything in our power. We are doing research on every opportunity and we do everything we can if that opportunity is there to contract them.’ 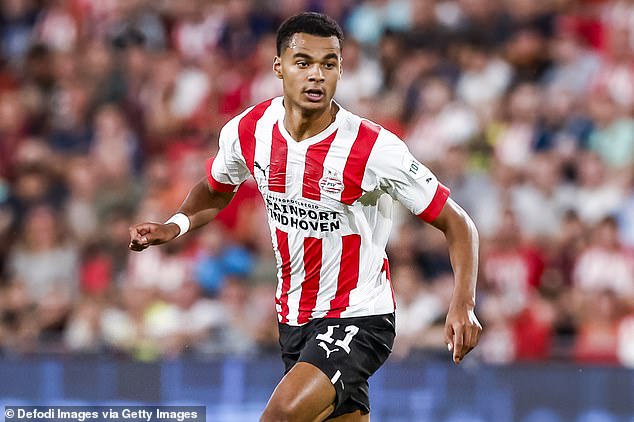 In regards to the sale of the club, United co-owner Avram Glazer held talks with potential investors, including some from Saudi Arabia and Qatar, during a recent trip to Doha.

The Raine group, acting on the Glazers’ behalf, are looking to secure a sale in the first financial quarter of the year for around £6billion.

United’s much-hated American owners have been a source of contention at Old Trafford ever since they became majority owners in 2005, facing significant fan anger and backlash. 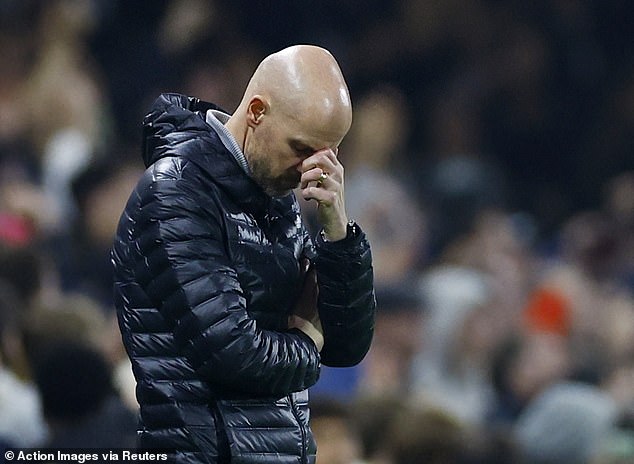 After taking over the club through a leveraged £790million buyout which heaped a huge debt on United, including placing £525million worth of loans onto the brand of the club, they racked up United’s debts to £495m by the end of 2021.

Their failed attempt to kickstart the European Super League only fuelled more fan protests outside the walls of Old Trafford.

They have come under pressure from fan groups for some time to end their 17-year reign with the family announcing last month they are open to selling the club.

The Raine Group and Rothschild and Co were appointed as exclusive financial advisors to oversee the process.

United said the process of a sale was designed to enhance future growth, but added that the club ‘will consider all strategic alternatives, including new investment into the club, a sale, or other transactions’.

A statement from co-chairmen Avram and Joel Glazer at the time read: ‘The strength of Manchester United rests on the passion and loyalty of our global community of 1.1bn fans and followers. 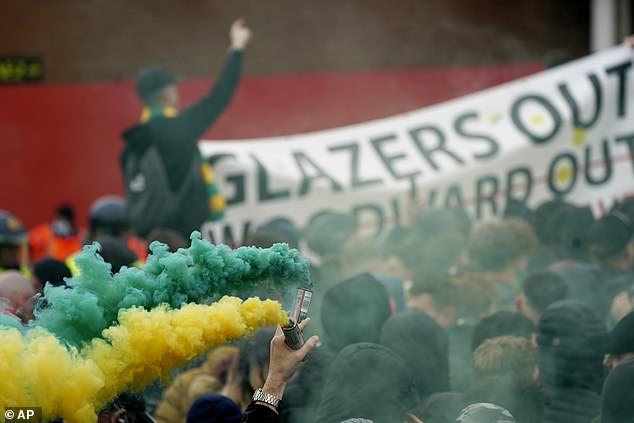 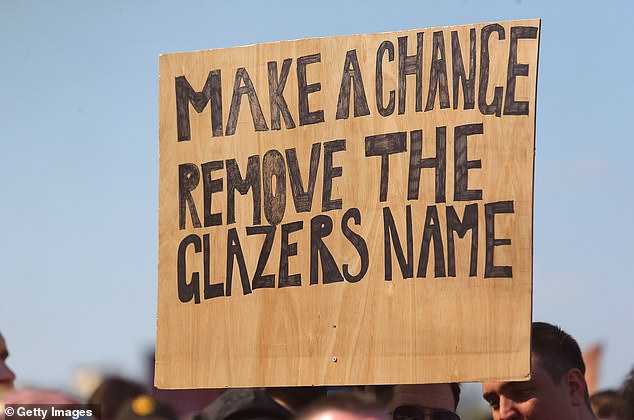 ‘As we seek to continue building on the club’s history of success, the board has authorised a thorough evaluation of strategic alternatives.

‘We will evaluate all options to ensure that we best serve our fans and that Manchester United maximizes the significant growth opportunities available to the club today and in the future.’

Overall, the Glazers have taken more than £1bn out of United in the form of dividends, interests, costs and fees during their 17-year-reign, which has been dominated by a decline in on-pitch performance and success.

The Red Devils have now not won the Premier League for almost 10 years, while they have failed to finish in the top four in five of the past nine seasons.

Could Chelsea’s defeat to West Brom actually be a ‘good’ thing?