Valencia 2-3 Barcelona: Ronald Koeman’s side come from behind to win and keep their LaLiga title race hopes very much alive after leaders Atletico Madrid and rivals Real Madrid win on Saturday

Lionel Messi led Barcelona to a quick-fire comeback to win 3-2 at Valencia on Sunday and keep the pressure on LaLiga title rivals Atletico Madrid and Real Madrid.

Barca fell behind in the 50th minute when Valencia defender Gabriel Paulista headed into an empty net from a corner after keeper Marc-Andre ter Stegen had stumbled to the ground in his attempt to come for the ball.

The Catalans, who had blown the chance to go top of the league with a shock 2-1 defeat at home by Granada on Thursday, reacted well to going behind and soon won a penalty thanks to a handball from Valencia’s Toni Lato. 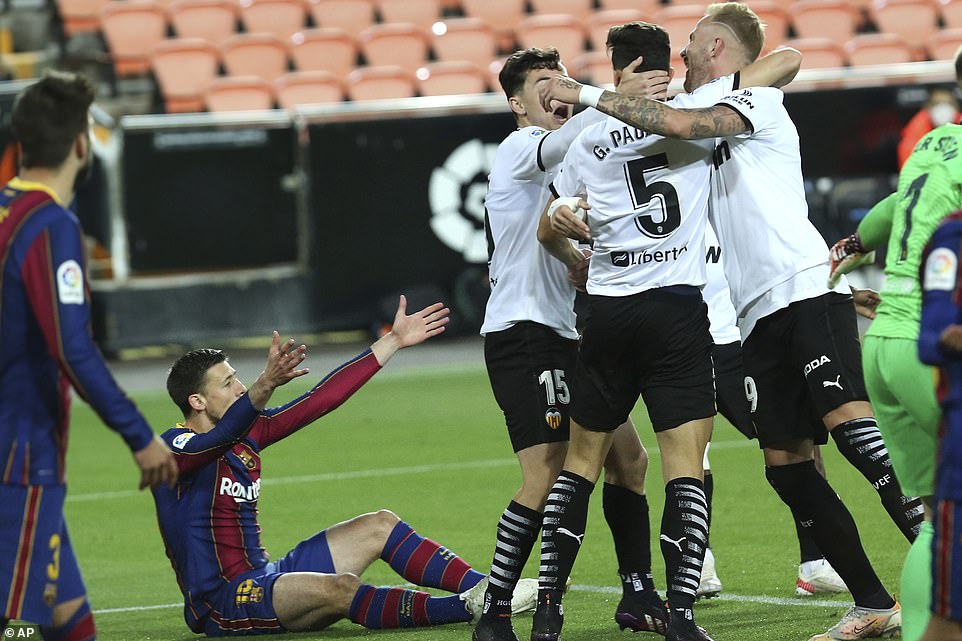 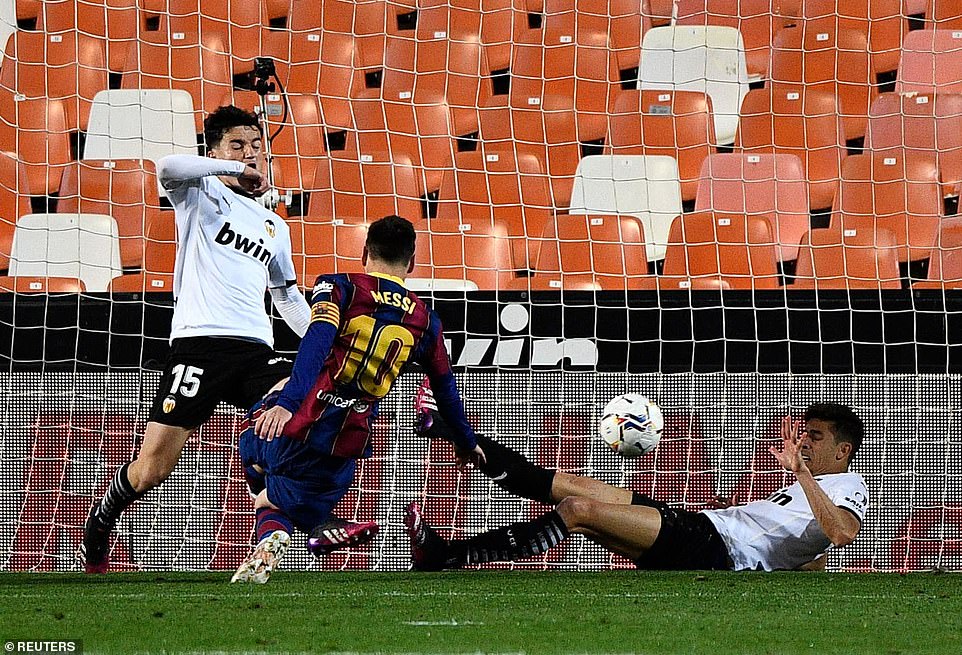 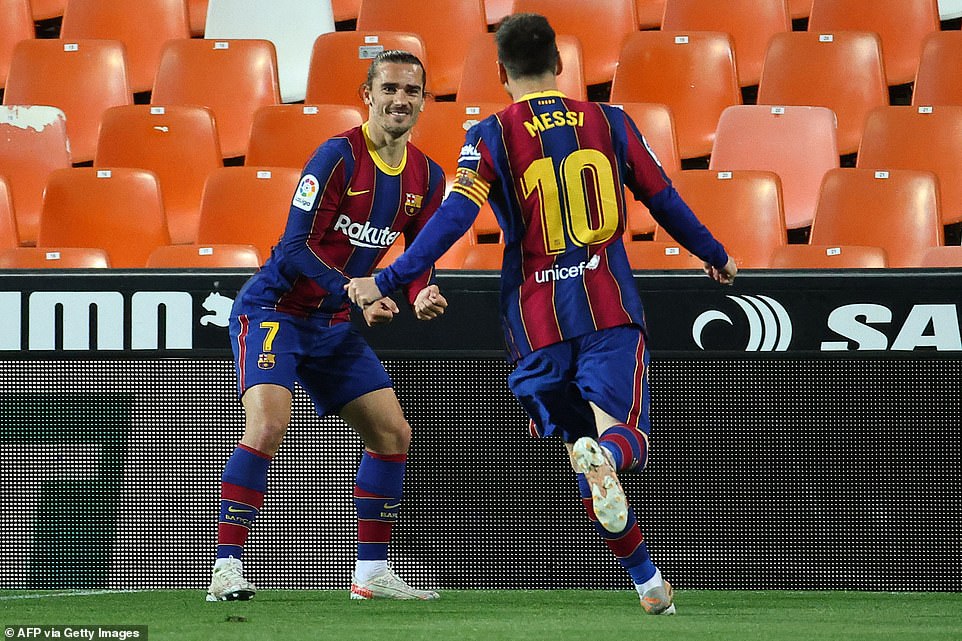 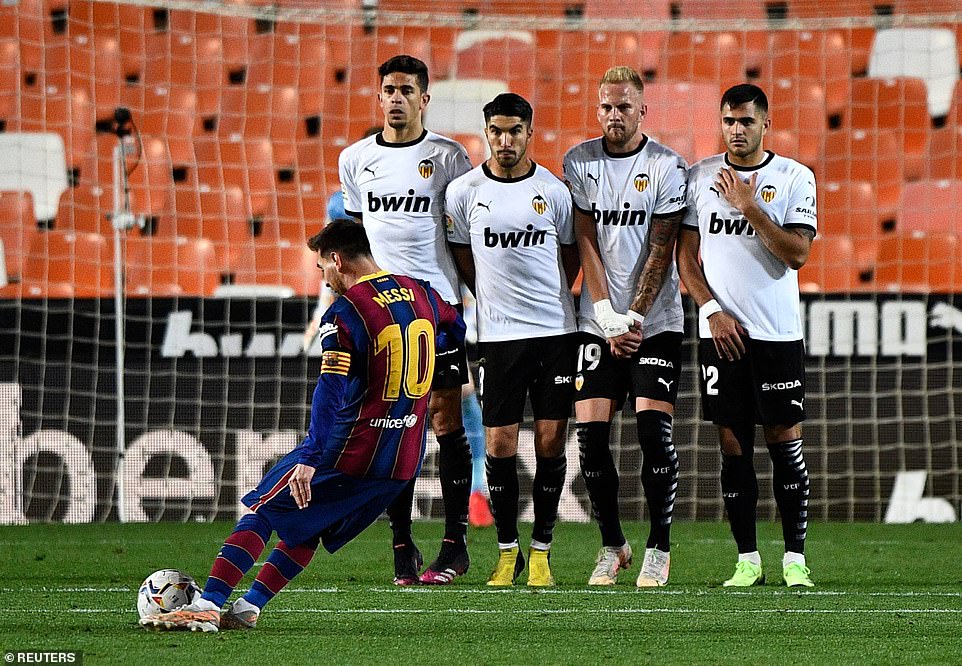 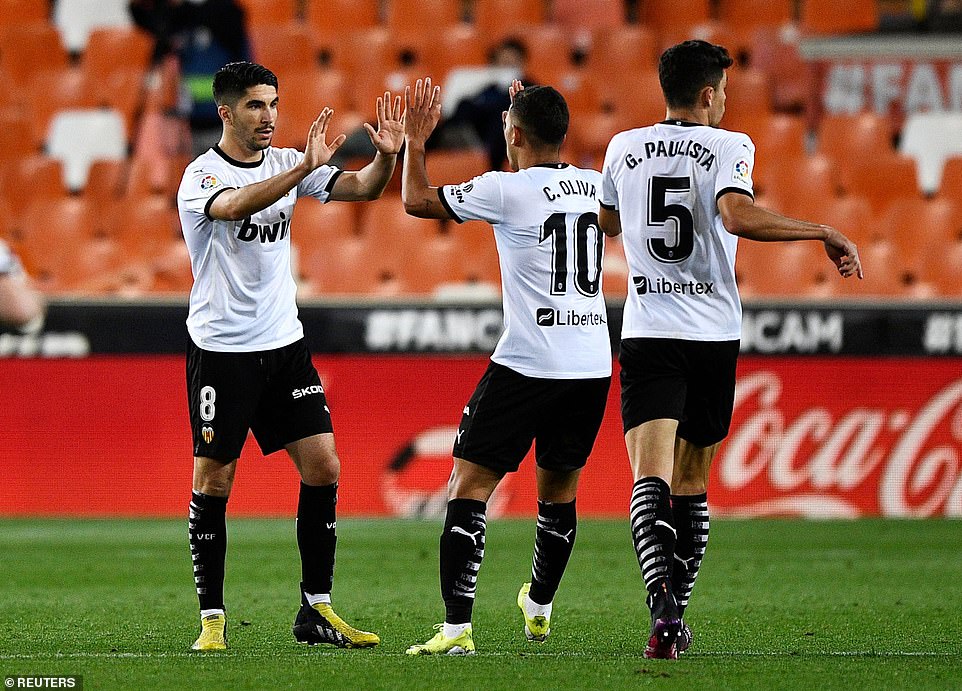 Messi saw his spot-kick saved by former team mate Jasper Cillessen but Valencia failed to clear the danger and the Argentine followed up to score on the second rebound in the 57th minute.

Antoine Griezmann gave Barca the lead six minutes later, also netting on the rebound after Cillessen could only parry a header from Frenkie de Jong, while Messi looked to have clinched the points in the 69th by firing a freekick in off the post.

Valencia got back into contention out of nowhere when midfielder Carlos Soler scored with an unstoppable strike from long range in the 83rd and had a couple of half chances to equalise but Barca clung on for the win.

Ronald Koeman’s side are third on 74 points with four games remaining, level with second-placed Real Madrid and two behind leaders Atletico Madrid after both sides won on Saturday. Fourth-placed Sevilla, on 70, host Athletic Bilbao on Monday. 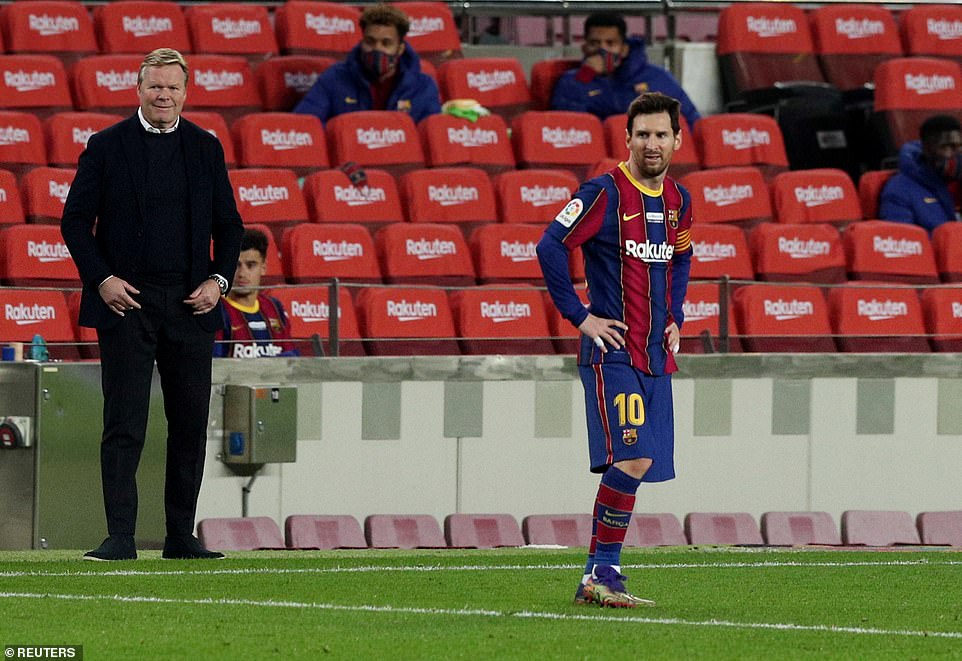