Karim Benzema sent Real Madrid top of LaLiga with a second-half brace that saw off Valladolid 2-0.

It wasn’t quite the stellar performance he wanted to make his point to Didier Deschamps who sent him home with an injury that the player remains convinced was never enough to keep him out of the World Cup final.

But it was enough to give Madrid the three points that see them leapfrog Barcelona who play Espanyol on Saturday. 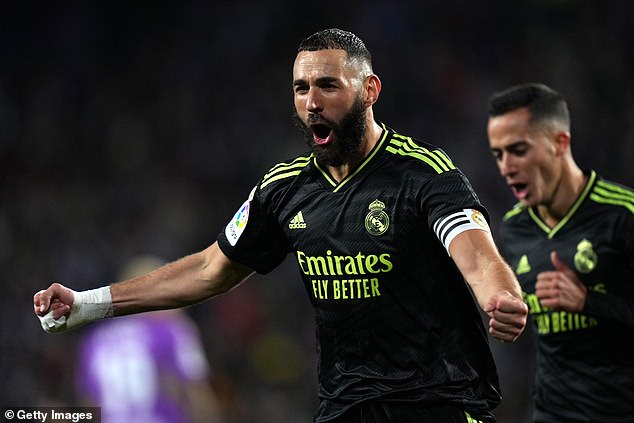 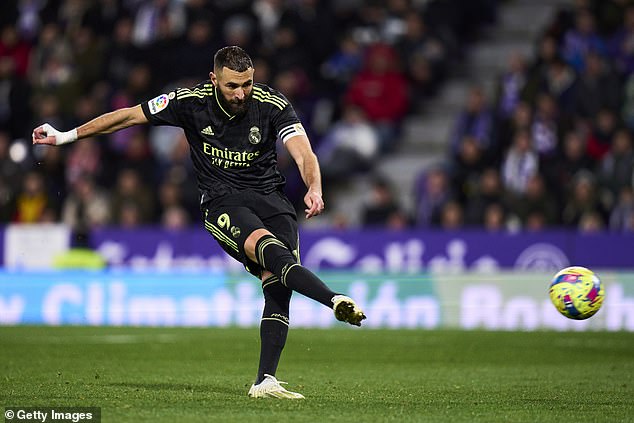 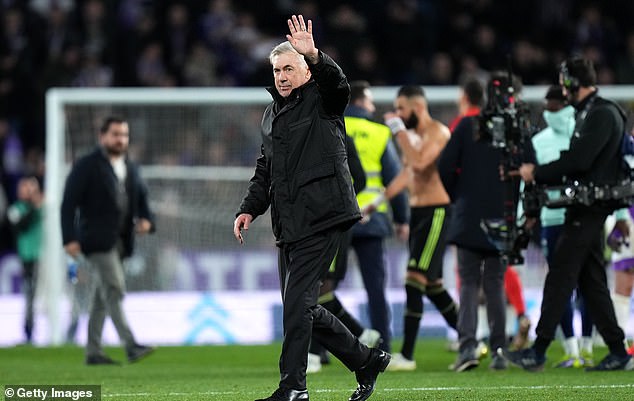 It was a stuttering restart to the season for Carlo Ancelotti’s side but having had a good penalty shout turned down in the first half they deserved the win when the second handball, in the second period, was penalised.

Benzema scored it and got the second too when he rifled substitute Eduardo Camavinga’s cross into the roof of the net.

Real Madrid should have been awarded a penalty after 10 minutes when Javi Sanchez’s outstretched arm made contact with a loose ball in the six-yard box.

Madrid players appealed and when Ancelotti protested referee Jose Luis Munuera Montero could be seen explaining to him that he had judged Javi Sanchez to have put his arm down to break his fall.

The replay suggested otherwise and it was a let-off for Valladolid, who in the build up to the goal had received their first shot from Asensio running on to Karim Benzema’s back-heel. Jordi Masip had pushed the effort to safety.

Valladolid had their first chance when centre-back Sanchez got forward and was found by Ivan Fresneda. The former Real Madrid defender fired over from close range.

The home side were growing in confidence and Alvaro Aguado tried to find the top corner but Thibaut Courtois pulled off a fine save. Aguado went for goal against moments later, this time without testing the Madrid ‘keeper.

Madrid started the second half strongly but Antonio Rudiger headed wide from Toni Kroos’ corner. Valladolid coach Pacheta responded by throwing on Ecuador winger Gonzalo Plata and he made an instant impact, breaking down the right only for Dani Carvajal to clear the chance.

Benzema scuffed another shot tamely straight at Masip and that was the cue for Ancelotti to bring off Carvajal and Asensio. On came Lucas Vazquez and Rodrygo. 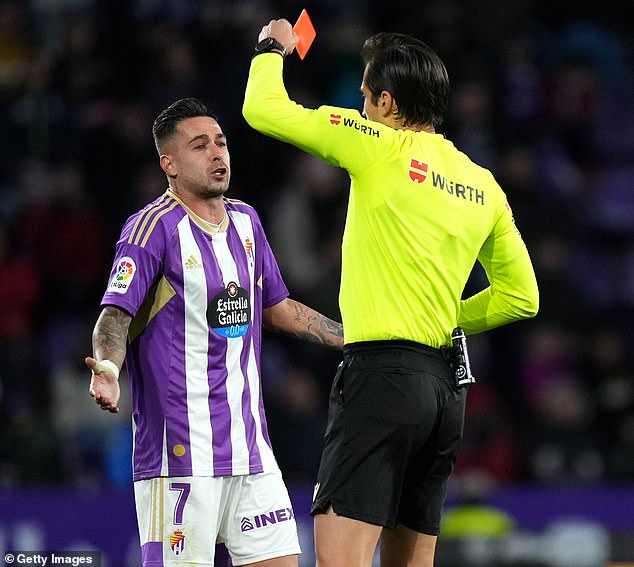 Madrid’s desperation for something fresh was matched by Valladolid’s growing belief they could take something from the game. When Aguado went for goal direct from a corner Courtois had to reposition quickly.

The Belgium keeper then pulled off the save of the game to keep Sergio Leon’s header from a corner out.

Madrid were rocking back on their heels a little and Ancelotti threw on Eduardo Camavinga in another attempt to jump start his team’s damp post-World Cup battery.

That was when Benzema came as close as he had to scoring with a shot that Masip just pushed around the corner. 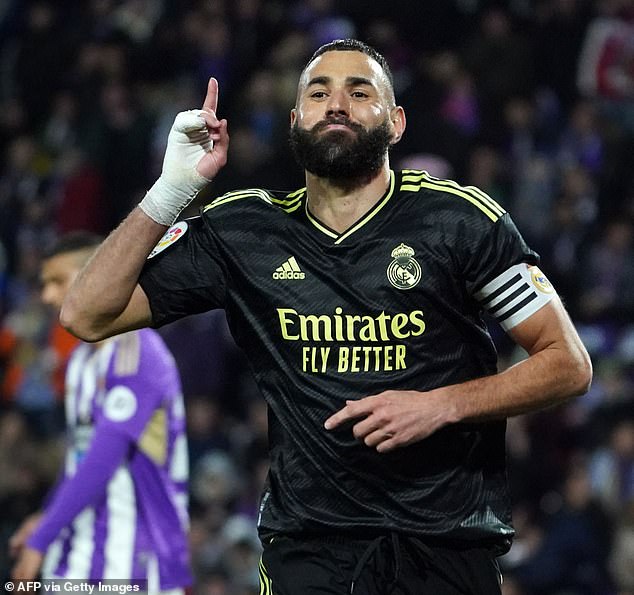 Then for the second time in the game, Valladolid’s Sanchez handled in the area and this time the referee did point to the spot. That gave Benzema his moment and he made no mistake, sending Masip the wrong way.

Javi Sanchez and Joaquin Fernandez were booked for their protests, with Leon sent off for dissent in the wake of the penalty.

Camavinga then proved to be the inspired change with a run and cross that allowed Benzema to score his second and put the result beyond doubt.

Valladolid had lost Leon to a red card for his protests at the penalty and there was no way back, down to ten men and two goals down.