Virgil van Dijk says Liverpool ‘shouldn’t panic’ after their Community Shield loss, especially having bounced back from defeat in last year’s match by romping to the Premier League title.

Arsenal emerged victorious at an empty Wembley on Saturday evening, with Mikel Arteta’s men winning 5-4 on penalties after Jurgen Klopp’s men had come from behind to draw 1-1 in normal time.

The circumstances were almost identical to last year’s shootout loss to Manchester City and Van Dijk is keeping in mind the way things improved for the side after that curtain-raiser. 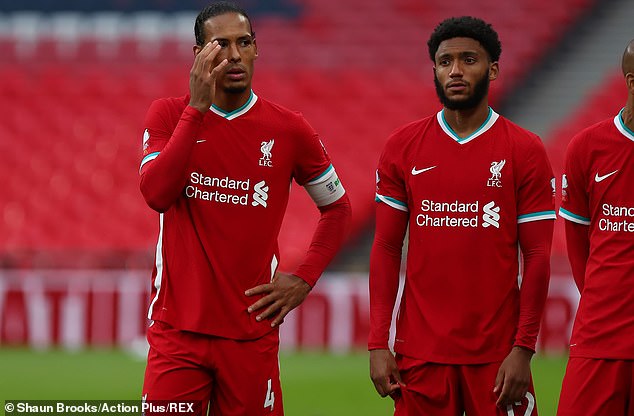 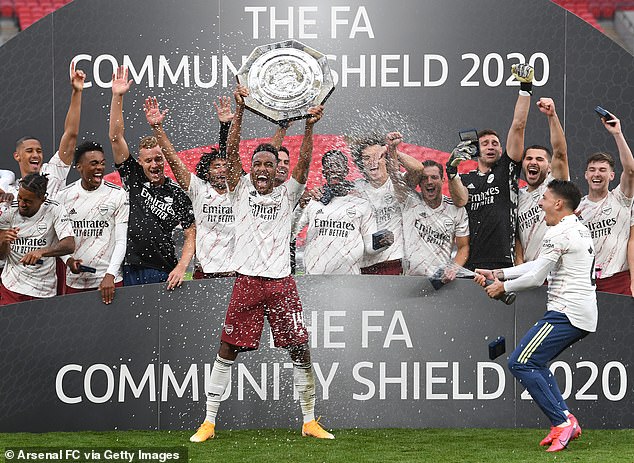 ‘I think their main chance was the goal,’ the Holland captain said. ‘It was a good finish but we should have done better there and shouldn’t have let him come onto his right foot, but obviously he finished it off.

‘During the whole game we played well, dominated, pressed them well and created many chances.

‘Obviously in the end penalties is just a lottery and anything can happen.

‘We are disappointed but we have to move on. Last year we lost on penalties as well and we won the league so we shouldn’t panic, but obviously we wanted to win today. 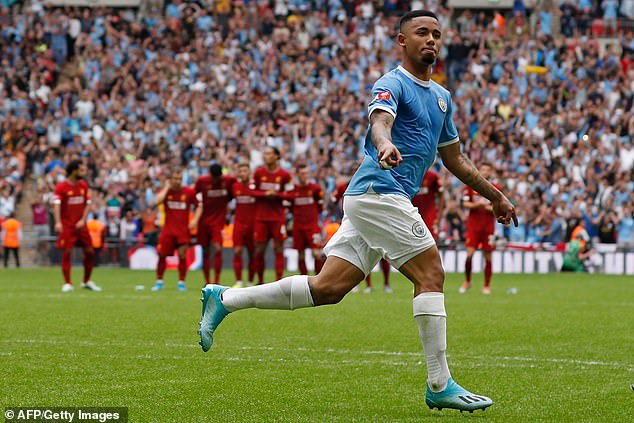 ‘We had a massive chance with Millie, obviously my disallowed goal and a couple of dangerous moments but if you look at the game as a whole I think we created many chances that we should have done better maybe.’

Pierre-Emerick Aubameyang scored the winning penalty at the end of a match that started with the Arsenal skipper scoring a superb early opener.

January acquisition Takumi Minamino came off the bench to level, with his first Liverpool goal capping a promising display by the Japan international.

‘I think Taki has been very good,’ Van Dijk told the club website. ‘After lockdown he has been the Taki that we all saw when we played against him at Salzburg.

‘He is very, very energetic and he is a fantastic player. It’s good for him that he’s coming out of his shell and for us as well.’ 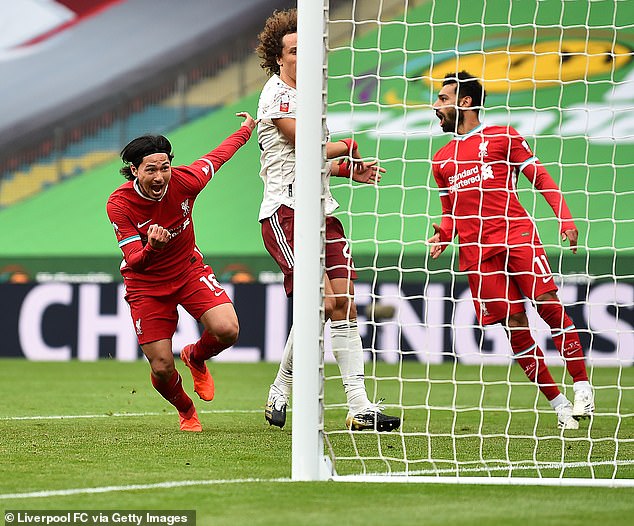 Liverpool kick-off their Premier League title defence at home to Championship winners Leeds on September 12, when Arsenal travel to promoted Fulham in the early kick-off.

Arteta’s men go into the campaign buoyed by August’s FA Cup and Community Shield wins, with Kieran Tierney excited by the way things are going.

‘The spirit is one of the main things in the changing room, belief and spirit and we’ve got that, we’re building on it,’ he said.

‘We’re just looking to continue and keep building this way.

‘I think that comes from the manager and the staff. It’s continued from what we’ve done last season and building on it. When we came back in last week we’ve just continued. 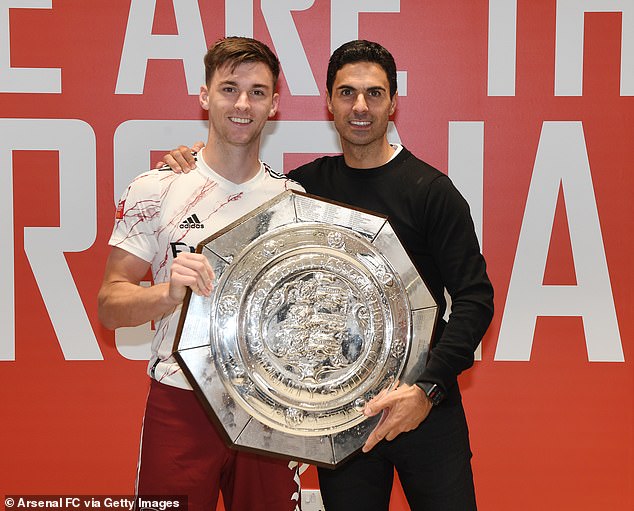 ‘We’ve never had too long off so last season doesn’t feel too long ago.

‘Coming into games like this we’re starting to believe more and more and I think that’s what it’s all about, belief and spirit.

‘Mikel’s drilled that into us since day one, defensive organisation and the transition.

‘That’s what we do every day in training, we watch videos on it. It’s not by luck and it’s not by chance. It’s by hard work.

‘The fans and the club deserve to be in the Champions League.

‘They deserve to be top four and we want to do as well as we can, as best as we can and put up a fight in every single game we come up against this year.’