‘I had tears in my eyes’: Jan Vertonghen opens up on how he wanted to STAY at Benfica following his free transfer to Anderlecht… with the former Tottenham defender admitting it also left his son crying

Jan Vertonghen has admitted he had no desire to leave Benfica this summer despite securing a free transfer to Anderlecht close to deadline day.

The former Tottenham Hotspur star spent two seasons playing for the Portuguese side before his contract was terminated and he moved back to his native homeland to join the Belgian high flyers.

Vertonghen admitted he wasn’t expected to play a major role in the first-team at Benfica as he enters the latter stages of his career at 35 but that the move came as a shock and was revealed to him and completed within a day. 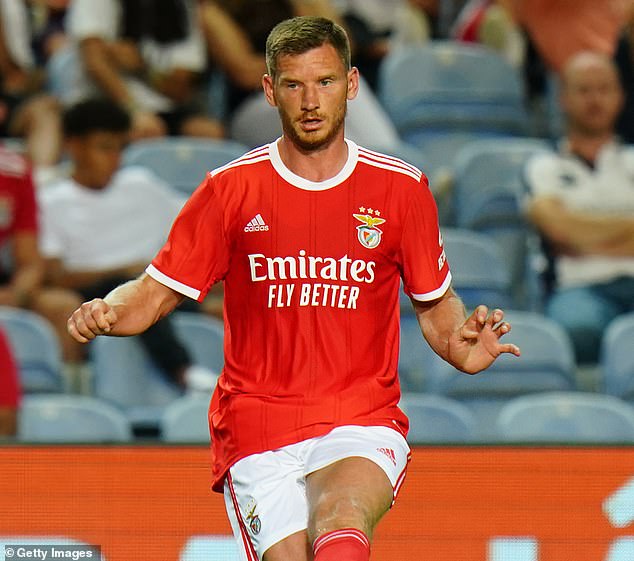 Jan Vertonghen spent two years at Benfica, where he admits he was happy to stay

‘In 24 hours I went from staying at Benfica to signing for Anderlecht,’ he told TM Nieuws via A Bola.

‘Things that for other people take months, for me came in 24 hours. Contracts, medical exams, the move… I never thought about leaving Benfica. Never.

‘I assumed I would play, whether in European games or in the Cups or due to injuries or suspensions. But when you’re the only player who never leaves the bench, you start to think… Even so, I wanted to stay at Benfica.’ 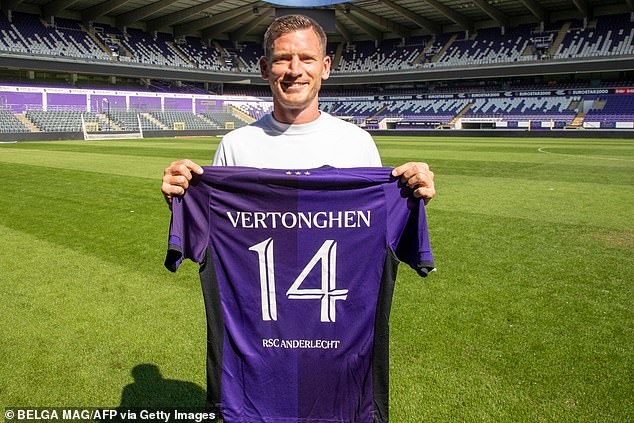 The Belgian international admitted he and his family were fully settled in the Portuguese capital and that he had rejected Anderlecht’s initial approach in the hope of potentially ending his career at the club.

Vertonghen then admitted that breaking the news to his family was the hardest aspect of the move, with one of his children having cried after learning of his Lisbon departure.

‘On the morning of August 31st, my manager called me about Anderlecht’s offer and I declined. I was on my way to training at Benfica and I was supposed to call him in the afternoon.

‘Then I spoke to the coach and everything changed. I was on the pitch with tears in my eyes, I wanted to stay in Lisbon and I saw all my stability crumbling.

‘I don’t want to go into too much detail, but after that conversation I realised it wasn’t going to work. I had to announce it to my family and it cost me the most. People talk a lot about the money footballers earn, but sometimes the money doesn’t mean anything.

‘My children only traveled on September 5 and one of them spent the entire trip crying. He didn’t want to leave Portugal. It all happened very quickly, but of course there were also positive things and Anderlecht welcomed me very well.’

Tuchel is handed a £20,000 fine for heavy criticism on Anthony Taylor