Villarreal have helped Liverpool avoid a potential Champions League nightmare by dumping Arsenal out of the Europa League. The Gunners saw their season wrecked by former boss Unai Emery as his side secured a 0-0 draw at the Emirates Stadium to reach Gdansk following a 2-1 aggregate victory.

It was a tame performance from Arsenal and one that raises serious questions about the future of Mikel Arteta.

With Arsenal sitting ninth in the Premier League table, all hope of securing European football for next season has now evaporated.

And that is good news for Liverpool, although they still have plenty of work to do if they’re to make the top-four.

That’s because one of the permutations of them finishing fourth was that they could still potentially miss out on Champions League football. 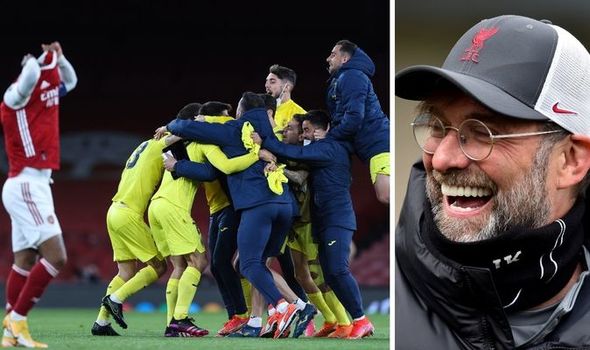 If the Reds snuck into the top-four ahead of Chelsea, who had to finish fifth, Liverpool may still have been denied in heartbreaking fashion.

Chelsea would have had to beat Manchester City in the Champions League final in Istanbul, while Arsenal would also have qualified if they won the Europa League.

The rules state that you can only have a maximum of five clubs per country in the Champions League.

Given European competition takes precedent, fourth place will then have dropped out of the Champions League.

Thankfully though for the Reds, the unlikely possibility is now impossible.

Although the chances of it happening were slim, nothing can be ruled out particularly when Liverpool are concerned this season.

It’s still a possibility that Chelsea could finish outside the top-four and still qualify though.

And the Blues’ fixtures will offer Liverpool hope that they can still leapfrog them before the end of the season.

As it stands, Liverpool are currently seven points behind but with a game in hand.

That will be against Manchester United after the fan protest saw last Sunday’s game postponed. 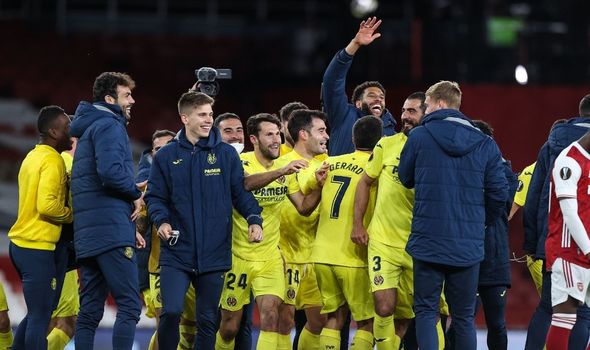 But Chelsea also have some tough fixtures to prepare for before then.

This weekend they travel to fellow Champions League finalists Manchester City at the Etihad Stadium.

Then they take on Arsenal before hosting FA Cup finalists Leicester three days after Wembley.

Their Premier League season is then concluded at Aston Villa before the Champions League final in Istanbul.

West Ham and Tottenham also cannot be ruled out though in the race for the top four.