Jurgen Klopp’s side had looked anything but in racking up 12 successive victories only for them to miss a succession of good chances in a 1-0 defeat, their first at Anfield in a year.

Joel Matip hit the crossbar, Mohamed Salah hit the post twice in the second half while substitute Luis Diaz had a certain goal denied right at the end after Arturo Vidal somehow deflected his close-range shot over.

However, a fourth quarter-final in five seasons was secured by a 2-1 aggregate scoreline thanks to their two-goal victory in San Siro three weeks ago.

“We are all human beings. Sometimes you miss chances – luckily we don’t lose many games but it happened,” Van Dijk told beIN Sports. 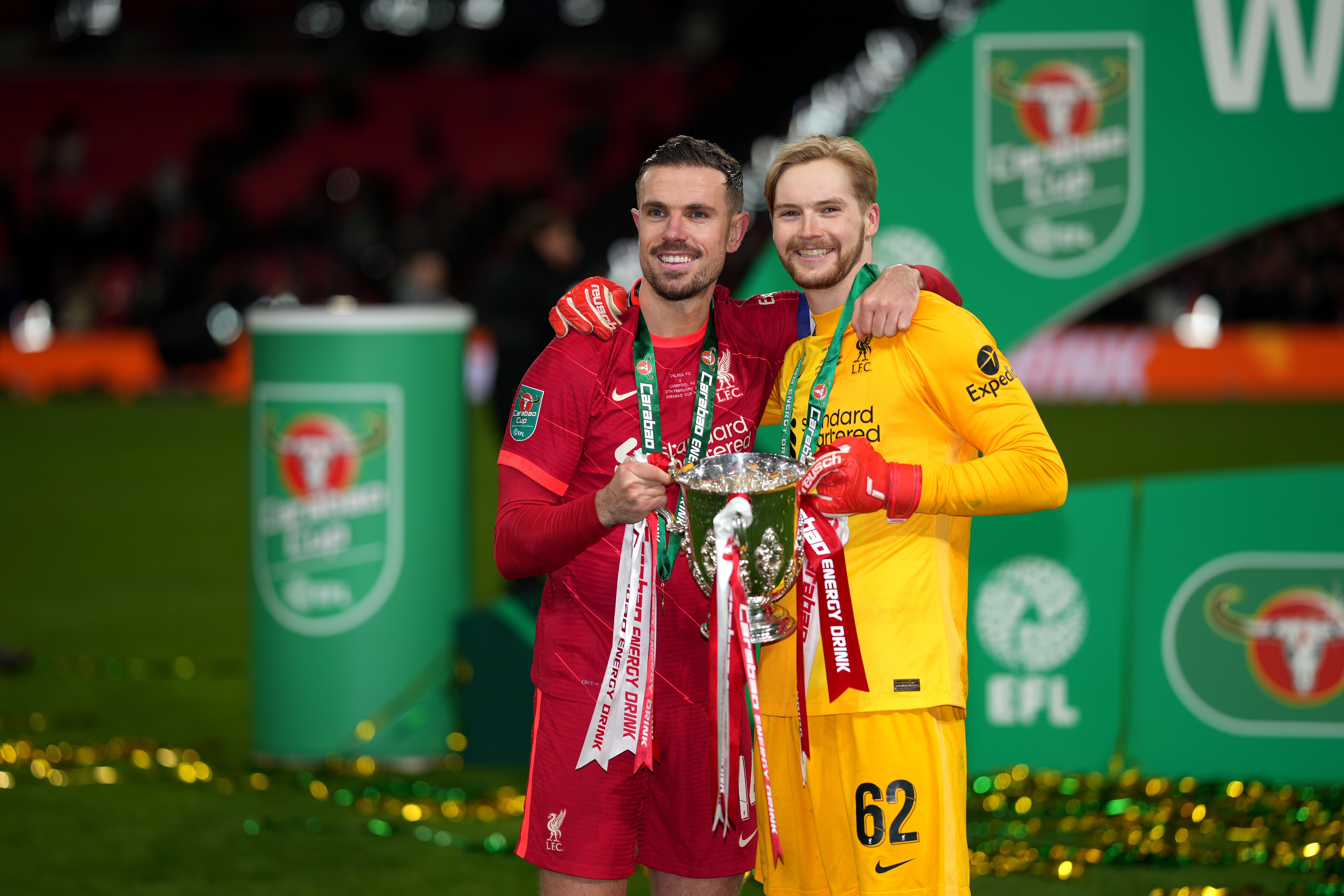 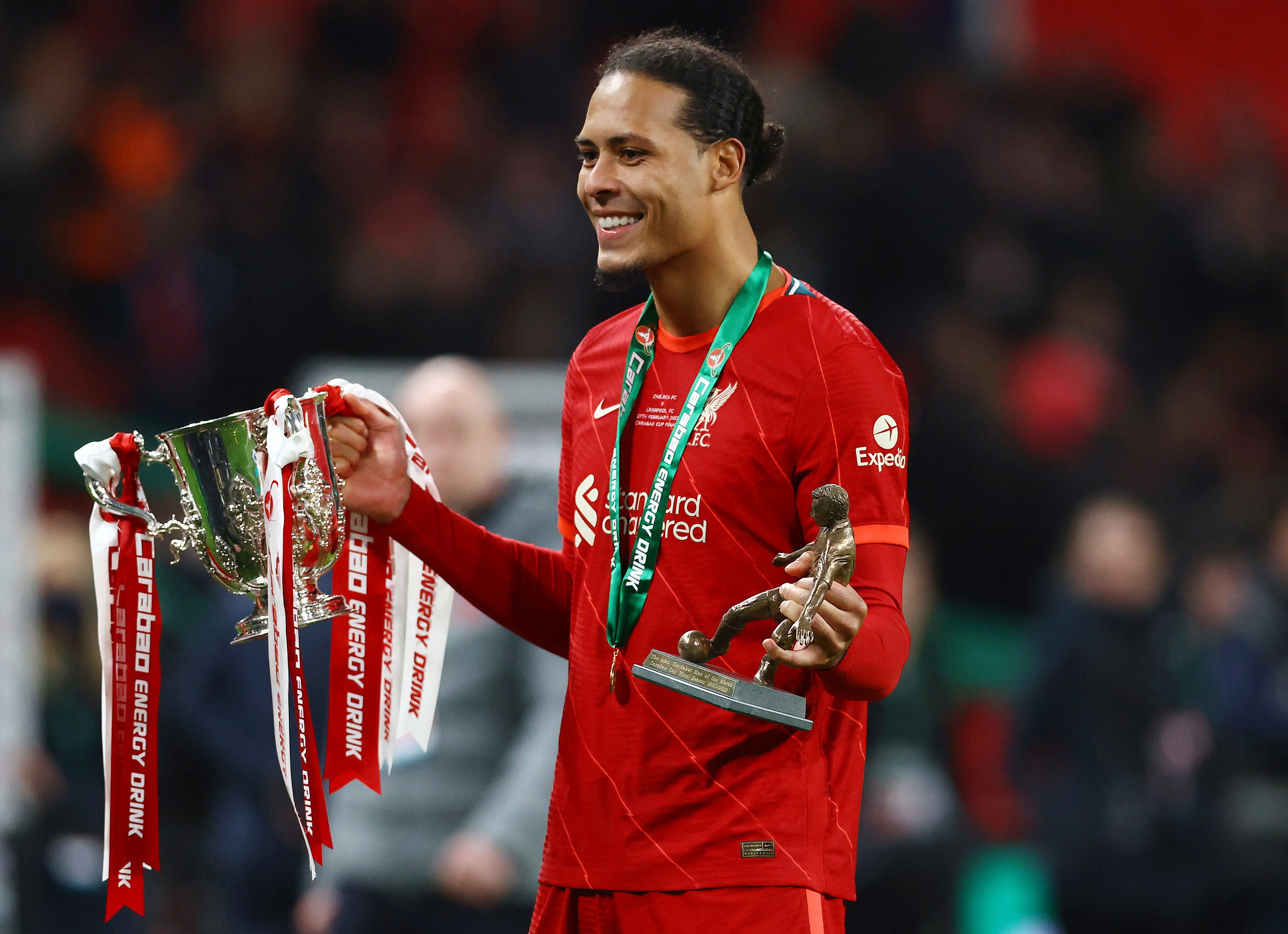 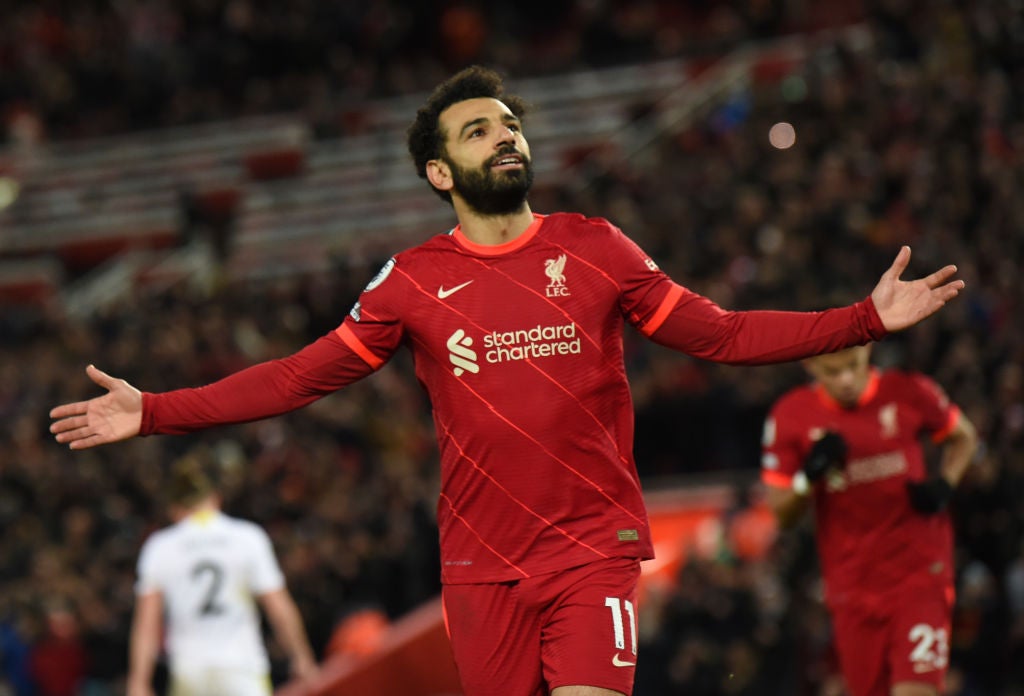 “The most important thing is that we are through and that was the main target. All good in the end.

“I am disappointed that we lost but I have to turn it into happiness because we are through. But I don’t like losing, we need to be ready for the weekend.”

Salah could just about accept not scoring either of two chances he would usually routinely put away because the side went through.

However, having been on such a dominant run since the start of the year he believes the result may just provide a cautionary lesson that they cannot afford to allow their standards to drop as they chase an unprecedented quadruple.

“Maybe next game I will score three. I don’t mind so much when the team qualify. That is the most important thing, for sure,” he told BT Sport.

“We have lost a game but sometimes it can give you a push. It is always important to win a game but it (defeat) can happen.

“We missed a lot of chances and it’s not in the league and we have qualified and so the good thing is we are through.

“Everyone wants to win those trophies and for sure we want to win Champions League and Premier for sure.

“We are going to fight for both and let’s see what happens.”

Despite shrugging off the defeat as being a good game to lose Klopp is not quite ready to write off the performance completely.

“Parts. Not everything. The first 20 minutes I didn’t like our counter-press, that is nothing to do with the opponent and only about us,” he said.

“The goal we conceded, we shouldn’t have conceded even though it was a brilliant finish. 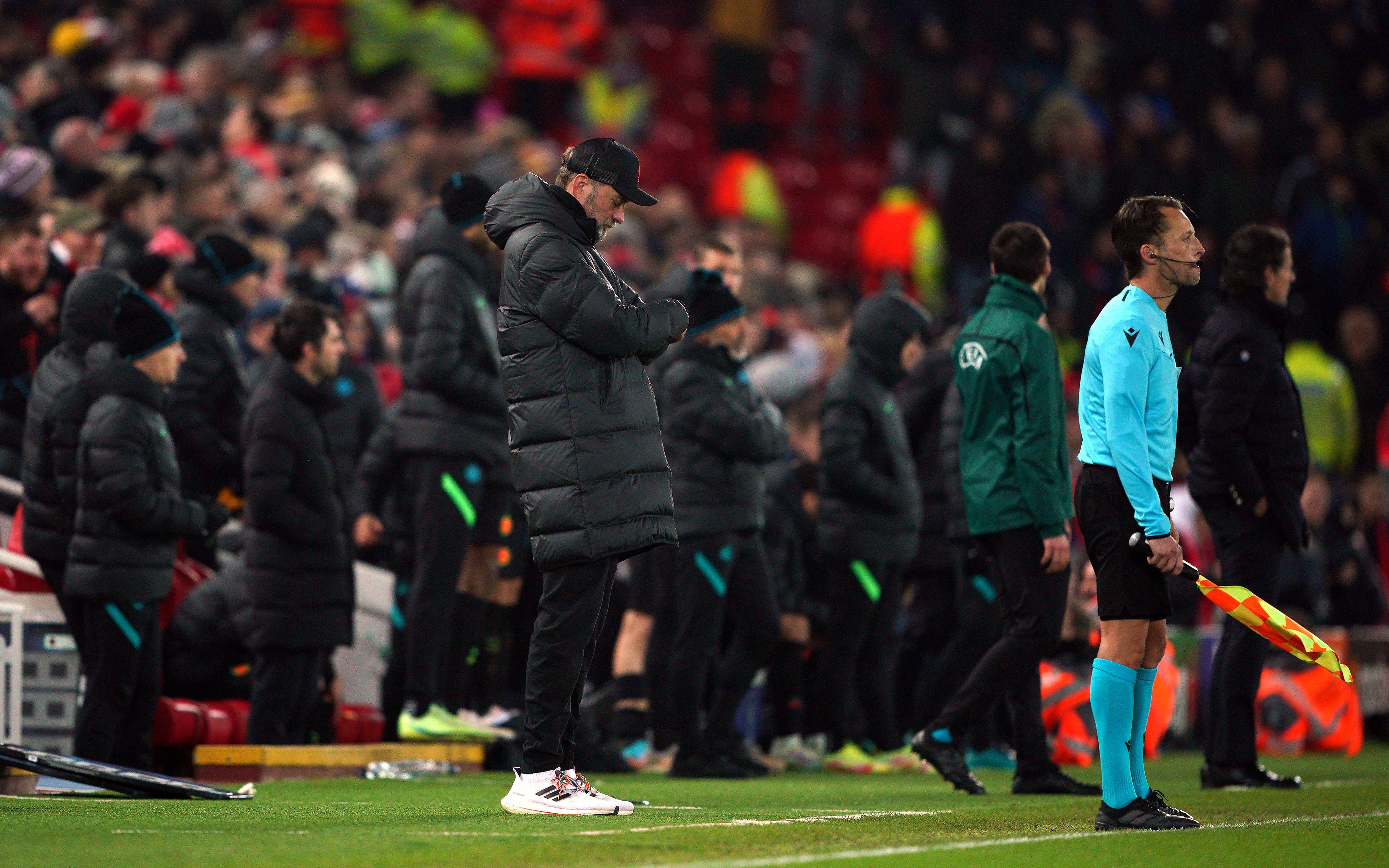 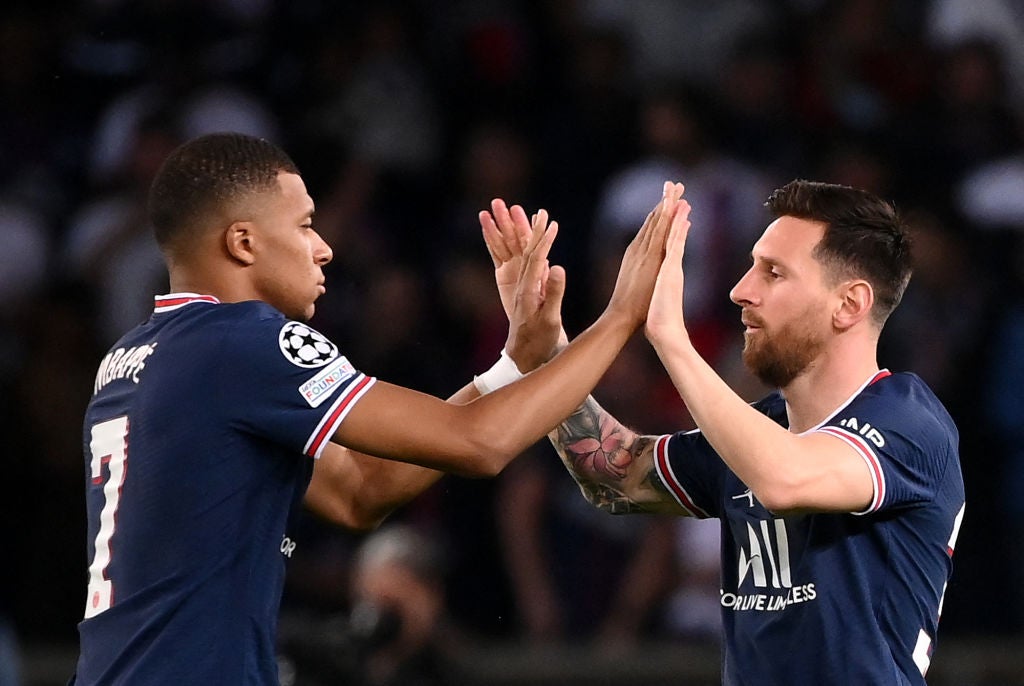 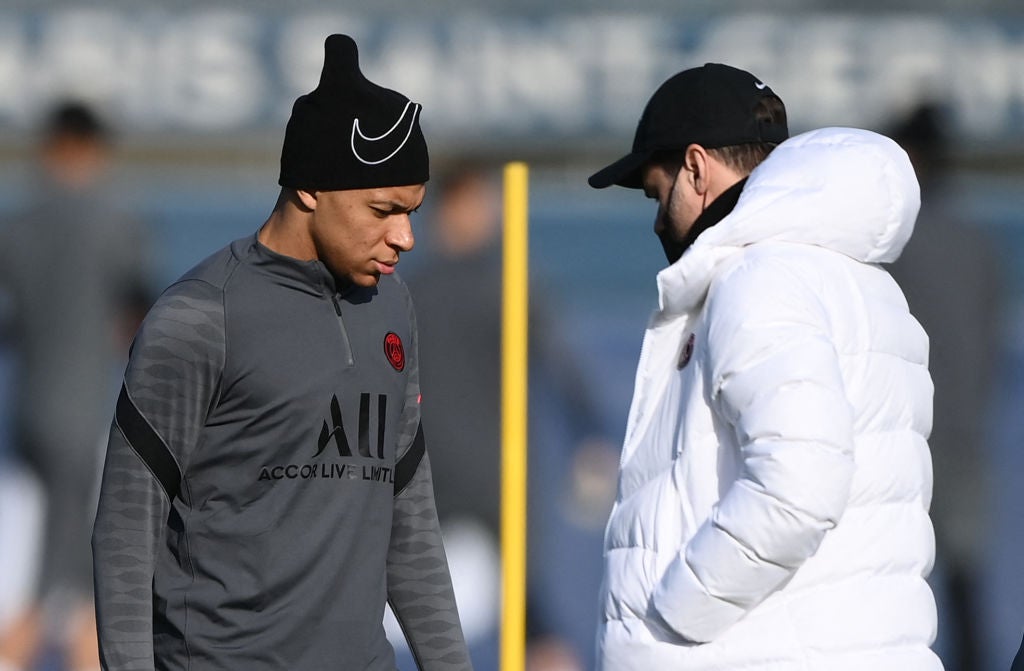 “You have to make sure it is better next time. We could have played better – not too much better because the opponent is really good – but we all know if the first header (Matip’s against the crossbar) goes in – a big ‘if’ – then it is a completely different story.

“I think we deserve to be in the quarter-final and that’s all I’m interested in.”

Aubameyang admits he gave up his £350,000-a-week salary at Arsenal