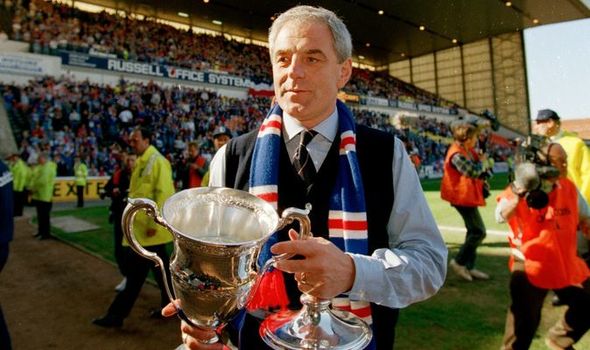 Rangers icon Walter Smith has died at the age of 73. The veteran head coach enjoyed a hugely successful time as Rangers boss, winning over 20 trophies in two spells at the club to become one of the most decorated managers in Scottish football history.

The veteran head coach enjoyed a hugely successful time as Rangers boss, winning over 20 trophies in two spells at the club to become one of the most decorated managers in Scottish football history.

He was beloved by Rangers fans all over the world, particularly after winning seven league titles in a row between 1990 and 1997.

Smith returned to the Ibrox in 2007 after spells in charge of Scotland and Everton and would go on to win three consecutive league titles as well as reaching the UEFA Cup final in 2008.

It read: “On behalf of the Rangers board of directors, staff and players, I convey my deep condolences to the Smith family.

“Walter leaves behind a wife, children and grandchildren, all of whom are in our thoughts and prayers at this difficult time.

“It is almost impossible to encapsulate what Walter meant to every one of us at Rangers. He embodied everything that a Ranger should be.

“His character and leadership was second to none, and will live long in the memory of everyone he worked with during his two terms as first team manager.

“I spoke with Walter as recently as last weekend. Even when he was battling illness, he was still able to provide advice and support. For that, I am personally grateful.

“I know that he continued also to maintain dialogue with senior members of staff, including our manager, Steven Gerrard.

“Walter will be sorely missed by all of us at Rangers.

“Winning 10 top-flight titles as manager, five Scottish Cups and six League Cups, as well as leading his club to the UEFA Cup Final in 2008, he will be remembered by the football community across the world.

“His spells as Scotland manager as well as managing in the English Premier League underlined his credentials as one of the great modern day football managers.

“However, for Rangers supporters, he was much more than just a football manager. Walter was a friend to many, a leader, an ambassador and most of all-a legend.”

Smith also had a short spell as assitant manager to Sir Alex Ferguson at Manchester United, standing in the dugout as the Red Devils beat Millwall in the 2004 FA Cup final.

He was linked with a return to management in 2018 to take over as Scotland boss, but supposedly withdrew his name from consideration.

Leicester players 'were often in the pub', says ex-defender Dragovic