Lionel Messi scores to put Argentina 1-0 up in the World Cup final against France, as the 35-year-old converts from the spot to move one step closer to glory – and the Golden Boot – in Qatar

Lionel Messi has put Argentina 1-0 up in the World Cup final against France with an expertly taken first-half penalty.

Angel Di Maria, starting for the first time since the group stages, was brought down by Ousmane Dembele, and the Argentinian mastermind once again made no mistake from 12 yards out.

In doing so, Messi has moved to six goals in Qatar, pulling away from French star Kylian Mbappe in the race for the Golden Boot. 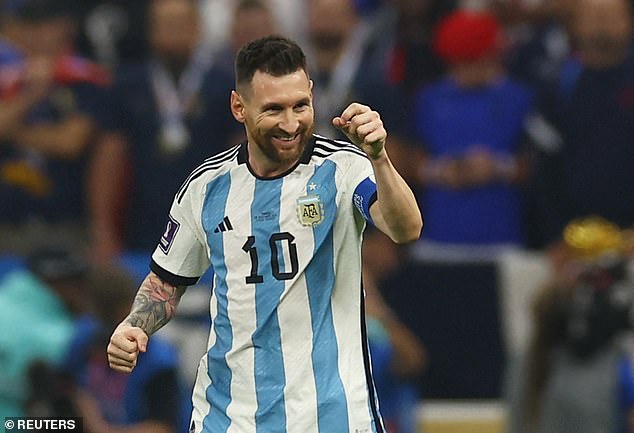 Messi, as he has been throughout the whole tournament in Qatar, was the coolest man in the stadium as he converted the penalty.

The forward stuttered, waited for Hugo Lloris in the France net to commit, and simply slotted home into the bottom right corner.

Messi was then joined by his celebrating Argentina team-mates, while the Lusail Stadium erupted into a frenzy. 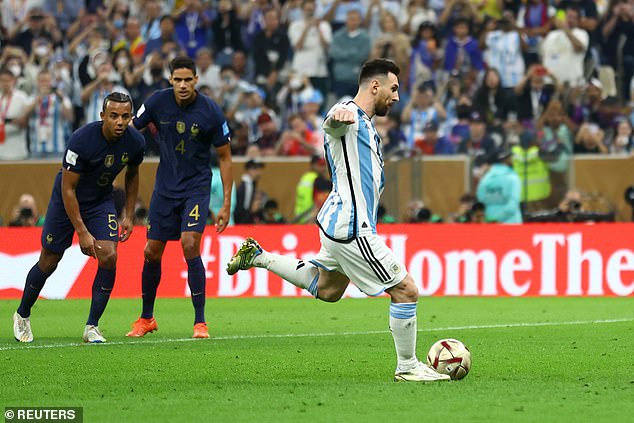 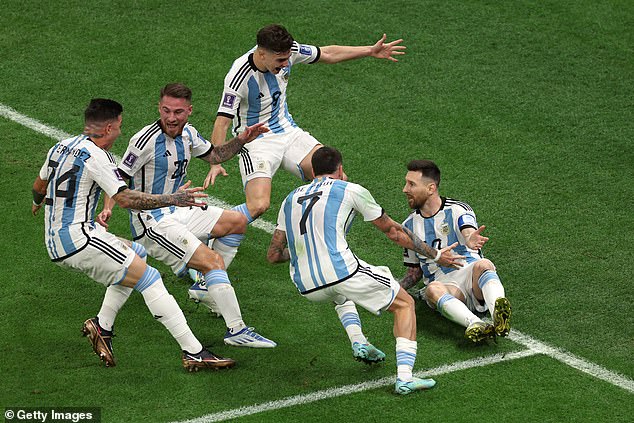 Not only has Messi taken another step towards both World Cup glory and the Golden Boot, he also made history becoming the tournament’s all-time appearance maker in starting the clash.

Matthaus captained Germany to glory in Italy in 1990 having fallen short in two previous finals.

France now face an uphill battle as they look to secure back-to-back World Cup triumphs, having taken the crown four years ago in Russia.