Stipe Perica’s first goal in English football looked set to earn the Hornets victory thanks to a resilient defensive display, but they still move up to second and two points from top after defender’s Mepham’s late intervention.

Both teams have made an encouraging start to life back in the second tier and appear to have allayed fears of a relegation hangover, sitting in third and fourth respectively before this game. 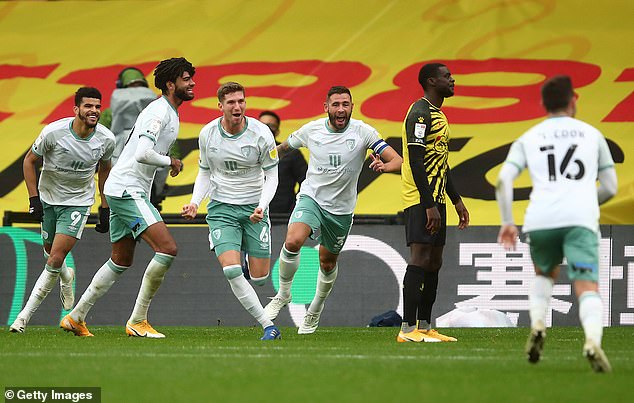 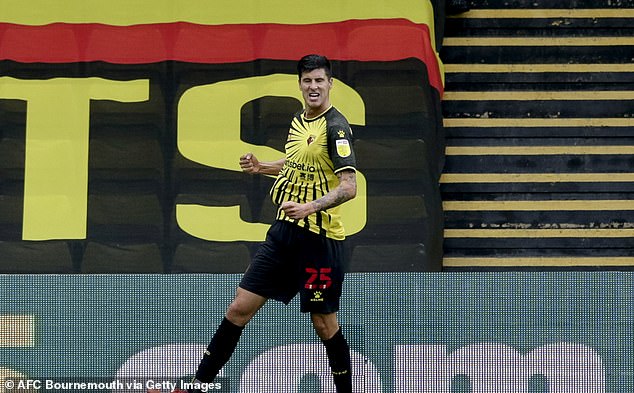 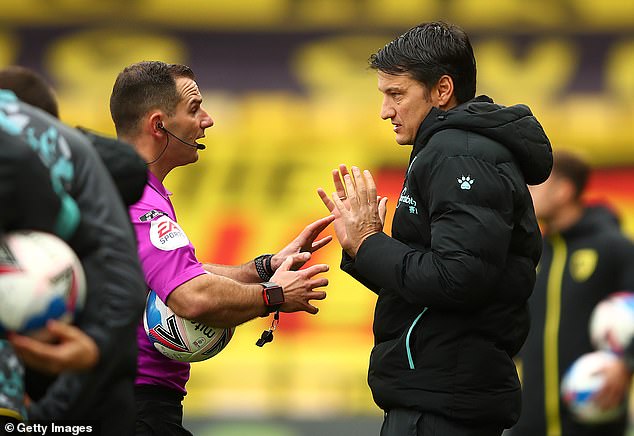 The Cherries were unbeaten in six league games before this with three wins, while Watford’s only loss was a 1-0 reverse at table-topping Reading.

Hornets boss Vladimir Ivic was bold in his selection for this clash, dropping three-goal top scorer Joao Pedro to the bench and starting Perica for the first time this season, while defenders Ben Wilmot and Kiko Femenia also made way for William Troost-Ekong and Jeremy Ngakia.

The visitors should have been down to ten men inside two minutes when Lloyd Kelly’s studs connected with the knee of Ismaila Sarr in full flight, but the defender was reprieved with only a yellow card.

The opening period was marked by a series of strong challenges from both sides amid chilly conditions in Hertfordshire.

The opener came with barely 10 minutes played, Craig Cathcart finding the dangerous Sarr with a pinpoint ball from the back and the winger sent in a lovely low centre for Stipe Perica to slide home.

Bournemouth responded well to going behind, pinning the hosts back and forcing a succession of corners without truly threatening Ben Foster’s goal. 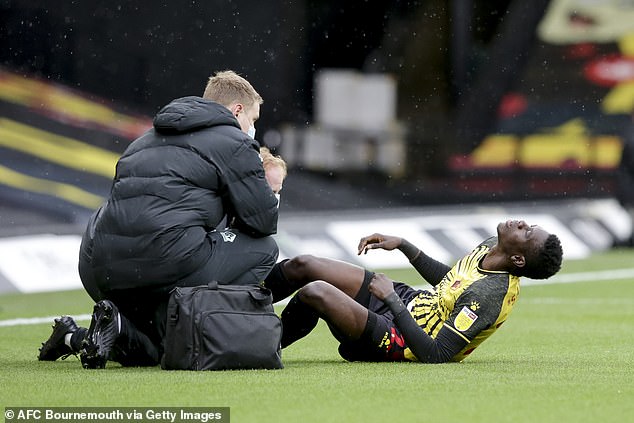 There were glimpses of some flowing football from Jason Tindall’s men but they lacked a killer touch with Dominic Solanke – on as an early substitute for Jefferson Lerma – firing their best chance straight at Foster after a smart turn.

The half petered out with little more of note, Arnaut Danjuma blasting a free-kick from 25 yards into the wall and Solanke nodding a weak header from a corner at Foster.

Watford started the second period strongly as Asmir Begovic did well to block Sarr’s shot after a fine through-ball from Etienne Capoue, before the Senegalese was denied a penalty following a clash with Kelly inside the box.

The Cherries hit back with Jack Stacey and Solanke combining to tee up King who slashed narrowly wide.

There was little between the two sides and it required a flying save from Foster to palm away Solanke’s effort from range as the clock ticked past the hour mark. 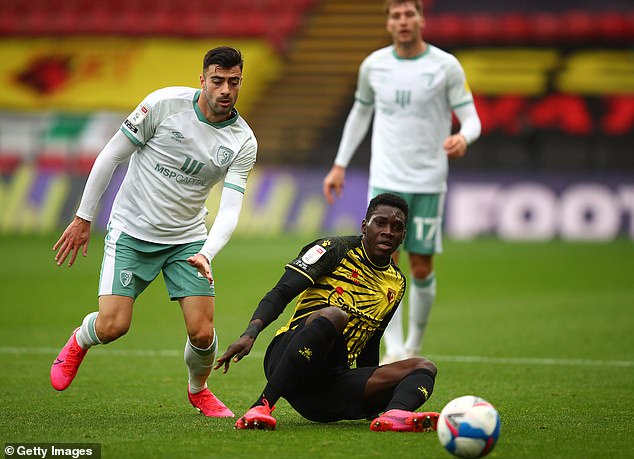 The one-cap England striker also had another strike deflected behind for a corner but the Cherries found their attacking efforts increasingly stilted.

Substitute Domingos Quina then summoned up a moment of magic, skipping away from Lewis Cook in midfield before his swerving shot almost deceived Begovic, but the stopper managed to fend it away.

The Portuguese youngster came close with another vicious strike but Begovic desperately clawed it to safety again.

Deep into the seven minutes of injury-time, Foster palmed over a looping King header.

From the resulting corner Mepham deflected in Kelly’s goalbound shot to maintain Bournemouth’s unbeaten league record and ensure the home side has failed to win in the last 11 encounters between these two sides.