Watford have confirmed the signing of Le Havre midfielder Pape Gueye on a free transfer, thereby becoming the first Premier League side to seal a successful transfer during the coronavirus lockdown.

The 21-year-old’s contract at the Ligue 2 club was coming to an end in June and the Hornets announced on their club website that they have tied down the Frenchman to a five-year deal starting on July 1.

Gueye’s signing comes just hours after French Prime Minister Edouard Phillipe’s announcement that the Ligue 1 and Ligue 2 seasons would be stopped immediately as all sporting events in the country were banned until September 1. 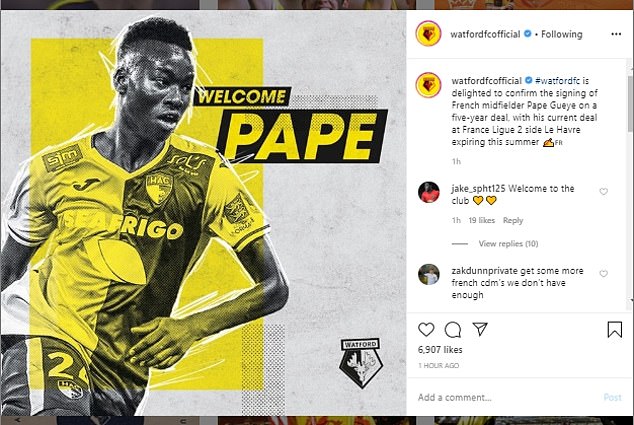 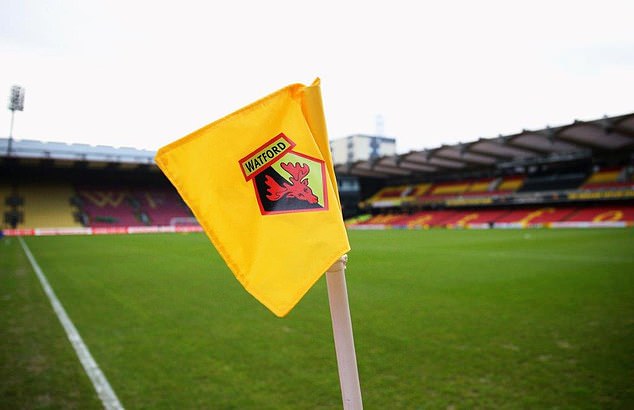 This meant that Gueye, who had been allowed to negotiate with new clubs since January due to the Bosman ruling, had played his final game in Le Havre colours and Watford were allowed to announce the acquisition of their new man.

With the future of the 2019/20 Premier League season in serious doubt, it is unclear when Gueye will make his debut in Watford colours.

Despite France joining high-profile European countries such as Netherlands and Belgium in cancelling their top-flight titles, the English professional football leagues appear determine to find a way to finish the current campaign.

The Premier League season has been suspended indefinitely and, following a meeting between the Premier League clubs on April 17, will not return until medial guidance declares it is safe to do so. 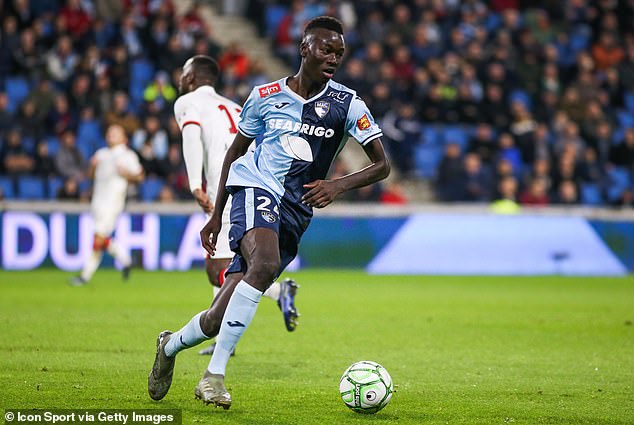 Gueye made 25 league appearances this season for Le Havre, who finished sixth in Ligue 2

Before the suspension of French football on March 13, the defensive midfielder featured 25 times in the league for Le Havre this season, registering two assists.

Despite his young age, the 6ft 2in midfielder also wore the captain’s armband for five matches during the 2019/20 season for the Normandy club, who were lying in sixth place in the French second tier, ten points behind rivals Lorient at the top of the table.

Earlier this season, Gueye had been linked with a move to fellow Premier League side Arsenal, with admirers likening the young midfielder to a cross between Premier League duo Paul Pogba and N’Golo Kante.

Reports across Europe also linked the player with a move to Italian clubs AC Milan and Udinese, as well as Spanish clubs Sevilla and Valencia.