Watford have unveiled their brand new kit for the 2020-21 season for both the men’s and women’s teams, showing off a flashy design that has divided fans on social media.

The kit has a black and yellow sunbeam pattern emanating from the club logo on the shirt, while the sleeves are black with a yellow grain effect, and the shorts and socks are black.

The goalkeeper attire is green with a different, more subtle jagged stripe pattern across the front. 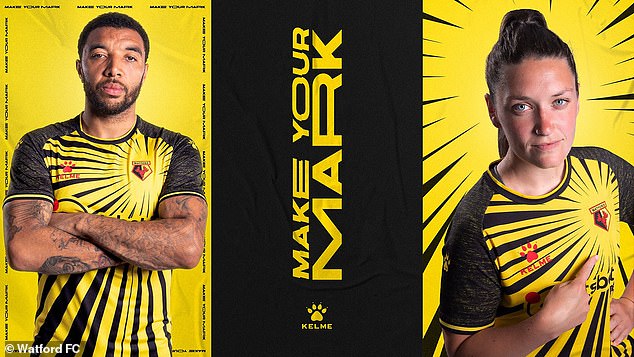 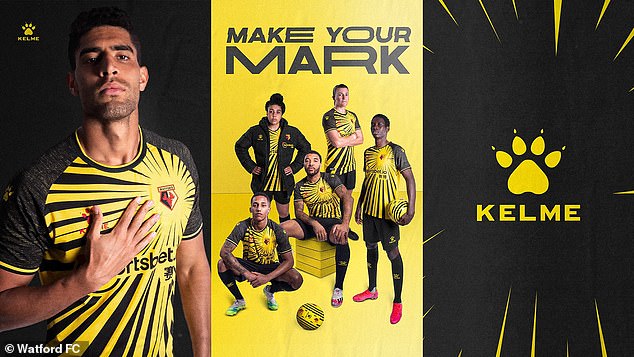 The new design has fans divided on social media, with some calling it too garish to look at

It’s the first time Spanish company Kelme have made a kit for the club, and they will be doing so for the next four seasons.

It was unveiled via the club’s YouTube channel, which debuted a video where Watford had invited three NHS workers to be the first to show off the new kit.

Some fans love the bold new design, while others hate it for being garish, and everyone has been weighing in on social media.

‘If a nightmare could stare you in the face,’ said one Twitter user, but another said ‘really like this new kit actually. Makes us stand out a bit.’ 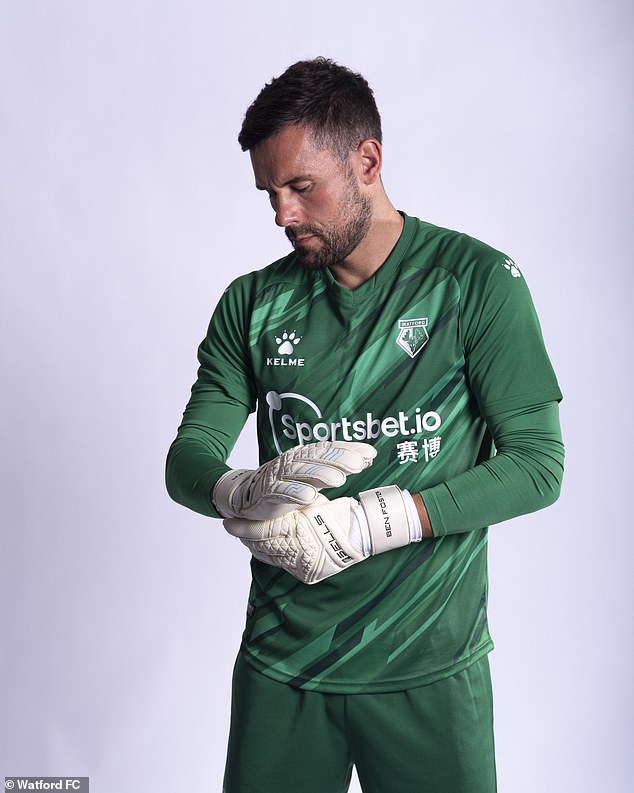 The goalkeeper’s kit is different, with a more subtle design and green shirt and shorts

Others have been comparing it to the kit of South African club Kaizer Chiefs, which has a similar striped design.

Fans also commented that Ismaila Sarr was one of the players modelling the kit, even though he may not be at the club next season, with a move to Liverpool still one possibility.

The Watford players will have to be showing off their new kit in the Championship for the upcoming season, after they were relegated from the Premier League. 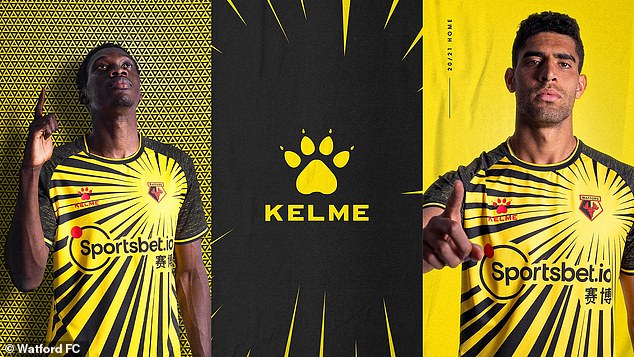 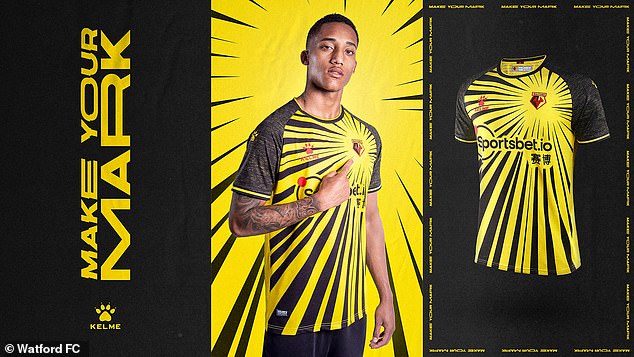