Rebecca Welch becomes first female referee to be appointed to EFL’s National Group list, while Australian Jarred Gillett is in line to be the maiden overseas official to take charge of a Premier League game

Rebecca Welch has become the first female referee to be appointed to the English Football League’s National Group list for the men’s professional game.

Welch became the first woman to officiate an EFL match in April when she took charge of Harrogate’s 2-0 Sky Bet League Two defeat at home to Port Vale.

Her elevation comes as Australian Jarred Gillett prepares to become the first overseas referee to take charge of a Premier League fixture after being added to the list of top-flight officials. 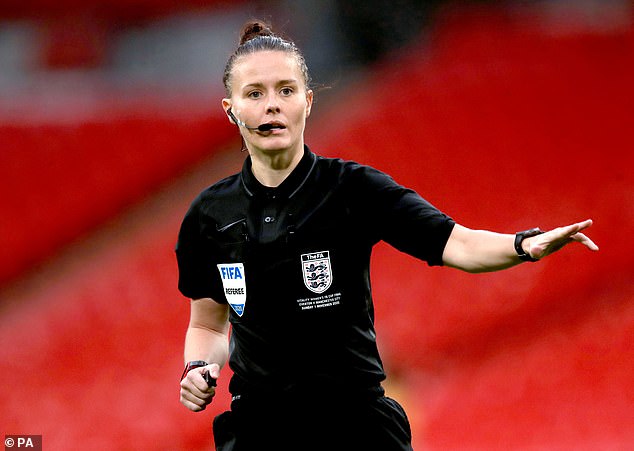 Welch’s promotion to the National Group list, alongside fellow referees Simon Mather, Andrew Kitchen and Tom Reeves, has been confirmed by the EFL.

The EFL said: ‘Ahead of the start of the 2021/22 season, the Select Group 2 (SG2) and National Group Referees List has been confirmed to officiate across the Sky Bet EFL.

‘Tom Bramall and John Busby will be joining the Select Group 2 pool of referees for the upcoming campaign, whilst Simon Mather, Rebecca Welch, Andrew Kitchen and Tom Reeves have earned promotion to the National Group list.’

The EFL added: ‘Rebecca Welch’s promotion makes her the first female referee appointee to the National Group list for the men’s professional game.’

Welch, from Washington, Tyne and Wear, made history at the age of 37 last season when she became the first woman to officiate an EFL match. 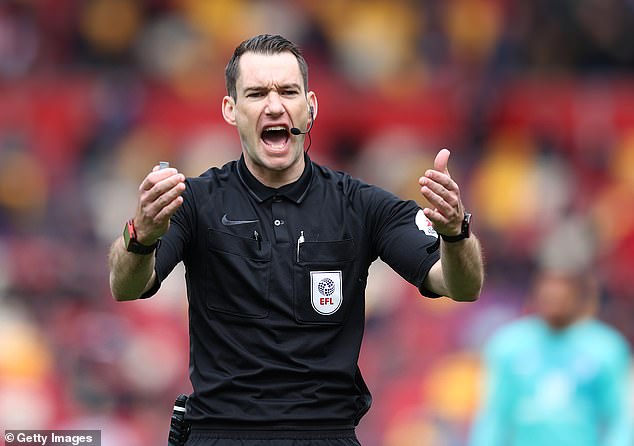 In an impressive debut at Harrogate’s EnviroVent Stadium, her day went without major controversy, barring a contentious handball decision as she waved away Harrogate’s appeals for a first-half penalty.

Harrogate manager Simon Weaver said after the match he was impressed by Welch’s performance.

‘I think she was very good indeed,’ Weaver said. ‘Important calls were made throughout and they were the right calls.

‘Hopefully it’s just par for the course that we see female referees and officials in the EFL. It’s about time.’

Port Vale boss Darrel Clarke agreed with his opposite number’s assessment, adding: ‘I thought she was focused and didn’t get much wrong.

‘I was moaning about one or two decisions, but generally it was quite consistent.

‘We need to see more women referees and lineswomen moving forward. They should be judged like anyone else and she’s had a good start.’ 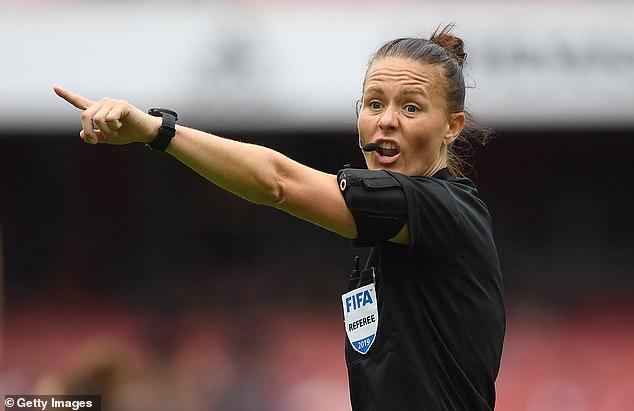 Amy Fearn was the first woman to referee an EFL game when she came on as an injury replacement in the 2010 Championship game between Coventry and Nottingham Forest. But Welch was the first to be given a game from the off.

Part of Select Group 2 since the 2019-20 season – he took charge of the second leg of Brentford’s Championship semi-final against Bournemouth last season – he had earlier built his reputation during nine seasons in the A-League.

‘Their promotions are testament to their dedication and commitment on and off the pitch and the quality of their performances in Select Group 2.

‘We very much look forward to supporting them with their continued development going forward and we are sure that they will all make a positive contribution on and off the pitch to the Select Group next season.’

Lukaku has declined in ALL departments since his Sky Italia interview