Eight positive Covid-19 cases were recorded among the 30,000 people who attended the FA Cup semi-final, the FA Cup final and the Carabao Cup final, according to a new report.

A further six were recorded among more than 10,000 spectators who attended the 17 days of the World Snooker Championship, the report on the first phase of the Government’s Events Research Programme (ERP) said.

In total 58,000 people attended sporting and cultural events in the first phase of the ERP in April and May, with 28 positive Covid-19 cases. The ERP is looking at ways to allow spectators to return to sports venues in significant numbers amid the pandemic, and a third phase will include the final four Euro 2020 matches at Wembley, Formula One’s British Grand Prix and Wimbledon.

The report highlights that large indoor events with high crowd density and proximity “may pose a higher potential risk of transmission as a result of close proximity and poor ventilation”.

Mitigations such as face coverings, ventilation, testing, restrictions on access to food and drink, social distancing and capacity caps all contributed to reducing that risk, the report said. 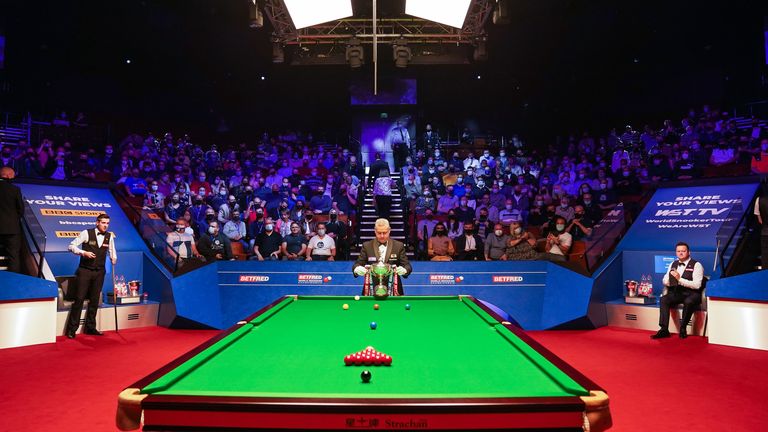 The first day of the World Snooker Championship on April 17 was the first event to welcome spectators in England since the tier system was scrapped at the end of December.

The following day, there were 2,800 ERP participants – made up of local residents and key workers – in attendance at the FA Cup semi-final between Leicester and Southampton, and a week later 7,800 participants watched the Carabao Cup final between Manchester City and Tottenham.

The FA Cup final between Chelsea and Leicester on May 15 was attended by 21,000 participants.

The semi-finals and final of Euro 2020 will be held in front of more than 60,000 fans at Wembley following talks held between the UK government and UEFA. 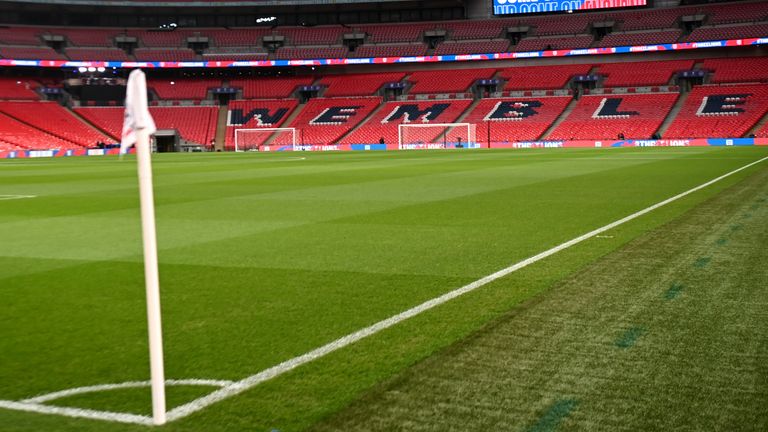 Reports had indicated Budapest could replace Wembley as the venue amid concerns around England’s coronavirus restrictions, while Italy also put forward Rome.

However, an agreement has been reached between the UK government and UEFA to increase the attendance at Wembley to 75 per cent capacity for the climax of this summer’s pan-European staging of the Euros.

UEFA president Aleksander Ceferin said: “This tournament has been a beacon of hope to reassure people that we are returning to a more normal way of life and this is a further step along that road.

“I am grateful to the Prime Minister and the UK government for their hard work in finalising these arrangements with us, to make the tournament final stages a great success in Wembley.”

Silverstone to operate at max capacity for British GP Silverstone will operate at a full capacity for the British Grand Prix in July, meaning more than 140,000 spectators could be in attendance for the Formula 1 race.

The GP takes place on July 18, a day before coronavirus restrictions are set to be lifted, but a full crowd will be allowed after organisers secured test event status for the weekend’s racing.

“It is fantastic news that Silverstone will be a full capacity event and it will be an incredible weekend with hundreds of thousands of fans being there to see our first ever Sprint event on the Saturday and the main event on Sunday,” Stefano Domenicali, president and CEO of Formula 1, said.

“I want to express my huge appreciation to the Prime Minister, Boris Johnson, Secretaries of State, Oliver Dowden and Chancellor of the Duchy of Lancaster Michael Gove and Silverstone’s Managing Director, Stuart Pringle for their tireless work to achieve this great outcome.

“All of the drivers and the teams are hugely looking forward to Silverstone and we can’t wait to be there in July.”