Werder Bremen are keen to seize their ‘second chance’ and escape from relegation when their Bundesliga season resumes at home to Bayer Leverkusen on Monday.

Bremen go into the game without a Bundesliga win in six matches and sit five points adrift of Fortuna Dusseldorf in the table, which has been frozen due to the coronavirus pandemic since the start of March.

Goalkeeper Jiri Pavlenka told his club’s official website: ‘I think it has been nice to forget about the table for a while. 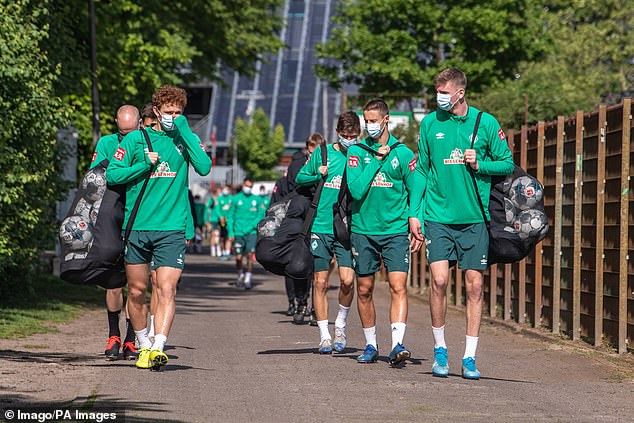 ‘But we still need to show that we want to remain in the Bundesliga. It almost feels a little bit like a second chance.’

Bremen’s preparations for the game were hit when one unnamed player was ruled out due to having to enter a two-week quarantine after a member of his personal circle tested positive for the virus.

However, the club say the player concerned has tested negative on a number of occasions, as has the rest of the squad, meaning only defender Ludwig Augustinsson is likely to miss out with a thigh injury. 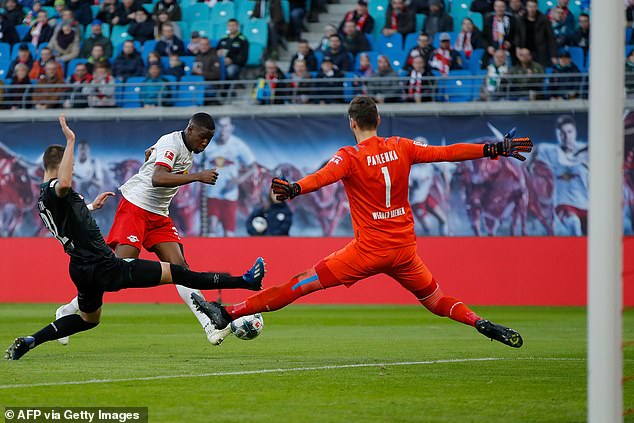 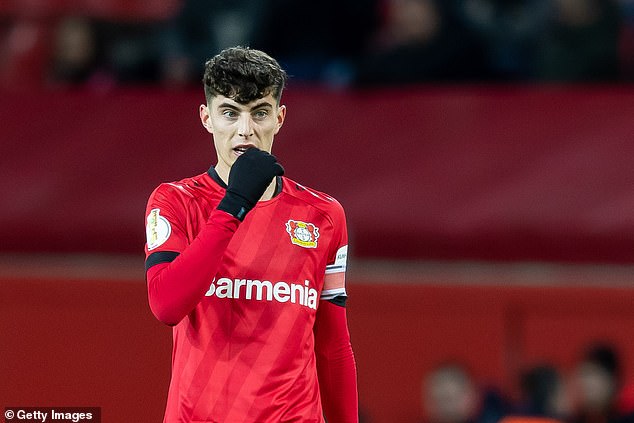 Pavlenka shrugged off the perceived difficulties of sparking a fightback from relegation in front of an empty stadium, adding: ‘It’s not about how difficult it is – we should be expected to have complete focus on it.

‘Personally, I think the season will now be completed as planned, without any more cancellations. So it’s our task to do everything we can to stay in the league until the final matchday.’

Leverkusen are without captain Lars Bender due to a foot injury, while Kevin Volland also misses out due to a ligament problem.

The enforced break came at a bad time for Leverkusen, who were on an unbeaten run of 11 games in all competitions, including a Europa League victory over Rangers.

And they must also head to Bremen battling media speculation about the future of their star midfielder Kai Havertz, who has been linked with a summer swoop by Barcelona.