Timo Werner remains determined to emulate the likes of Didier Drogba as he looks to bounce back following a difficult start to his Chelsea career.

The German was expected to hit the ground running after making a £53million transfer from RB Leipzig last summer, but he has been short of form and confidence, netting just 10 goals in 35 matches in all competitions.

Chelsea have shown vastly improved form since the arrival of Thomas Tuchel, who is yet to lose a game, though Werner himself has scored only the one goal under his new coach.

The Blues have had some legendary forwards in their ranks over the years, perhaps none more so than Drogba, but even the Ivorian struggled in his first season at Stamford Bridge, scoring just 10 league goals.

While Werner’s goalscoring touch has not yet returned, his overall performances have undoubtedly improved under Tuchel, and he is now looking to build some momentum as the season reaches its business end. 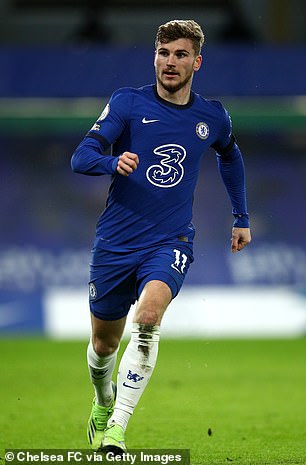 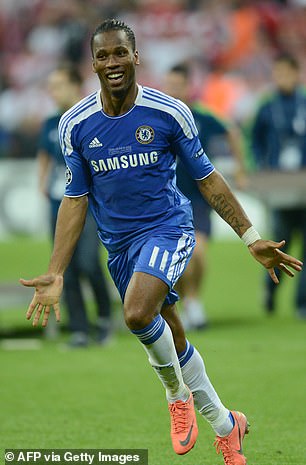 Asked whether he takes inspiration from Drogba, Werner told BBC Sport: ‘A lot of good strikers come to the Premier League and take one year to settle down and adapt.

‘I think my form is going up and getting better and better. Maybe this year is not the year of goal-scoring for Timo but at the end I will reflect on the season.

‘I have learned a lot. I know exactly the teams we play against, how they play.’

Werner will certainly be able to take heart from Drogba’s opening two campaigns with Chelsea, in which he totaled just 16 goals in all competitions in each. 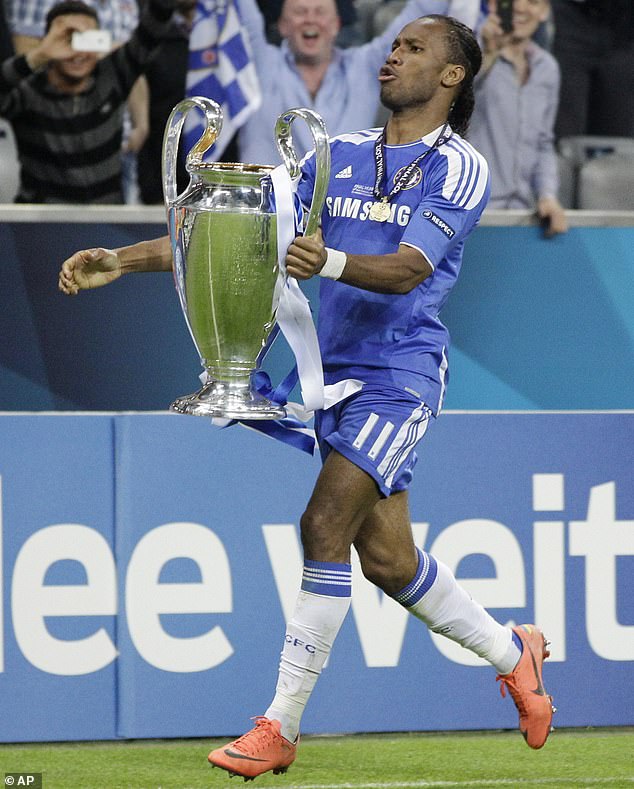 The striker, who was signed by Jose Mourinho in 2004, went on to score the winning penalty as Chelsea lifted the Champions League in 2012, however, also helping the Blues to four Premier League titles, four FA Cups and three League Cup triumphs.

And after amounting 381 appearances for Chelsea across two spells, he finished with mightily impressive figures of 164 goals and 86 assists.

Indeed, Werner has a long way to go as he looks to get his Chelsea career but on track.

But the German is hopeful he can continue to improve – particularly after his goal against Newcastle in February, which ended a run of 14 games without a goal, a drought the 24-year-old had never previously experienced. 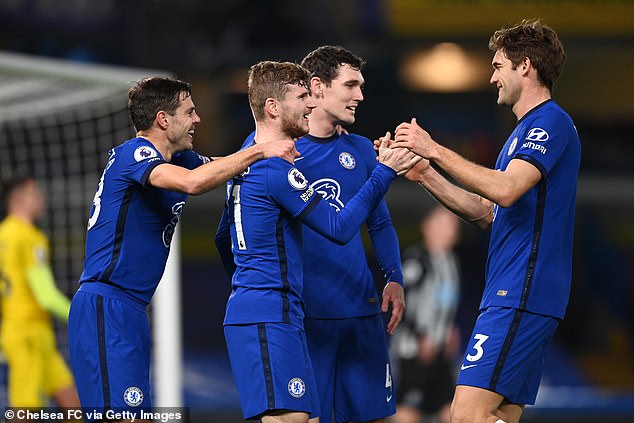 ‘I never had it in my career before,’ Werner said on his unwanted run. ‘You can always learn more from the bad situations.

‘I learned to trust in myself, to give everything on the pitch, not only think about goals and fight for the team.

‘Now I hope this period is gone and I score a few more goals until the end of the season.’

Werner has the perfect opportunity to continue his progression on Thursday as Chelsea take on Liverpool in a mammoth tie with significant implications in the race for the Champions League spots.

Liverpool were heavily linked with the German prior to his move to Chelsea, and the attacker will relish the opportunity to show he made the right choice.