‘It was the story of my whole Chelsea career in one game!’: Timo Werner reveals his relief at scoring his first Premier League goal since FEBRUARY after having first-half strike chalked off

Timo Werner believes his Chelsea career to date was summed up by his mixed fortunes in the 3-1 win against Southampton.

The Blues went top of the Premier League table on Saturday after Trevor Chalobah and Ben Chilwell netted either side of the Germany international’s first top-flight goal since February.

It however appeared to be another frustrating day at the office for the 25-year-old when his header from Callum Hudson-Odoi’s cross was ruled out by referee Martin Atkinson for a Cesar Azpilcueta foul on Kyle Walker-Peters in the build-up. 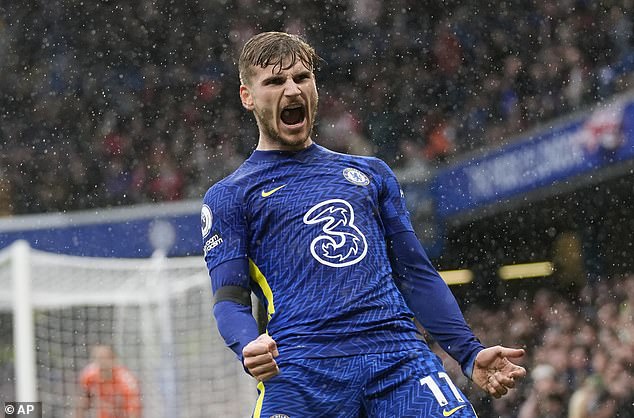 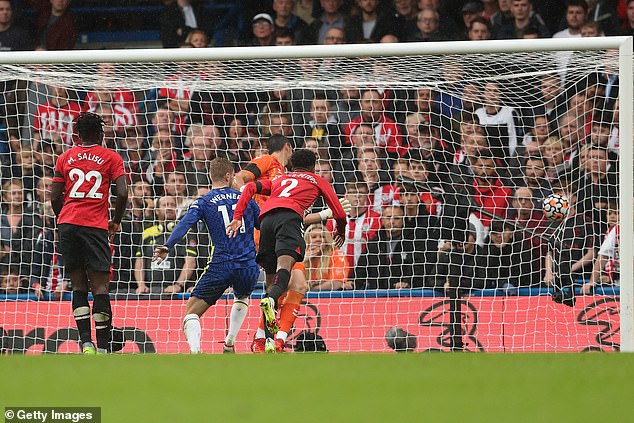 But Werner put the disappointment of a 16th overturned goal in a Chelsea shirt behind him to add to Chalobah’s opener after turning home Spaniard Azpilicueta’s cross to restore the Blues’ lead after James Ward-Prowse’s equaliser at Stamford Bridge.

‘I was very happy to score and help the team,’ Werner told Chelsea TV after the match. ‘In the first half, it was the story of my whole Chelsea career in one game a little bit!

‘It was obviously not so clear because it took the referee a while to make his decision. Maybe 50/50. We have to accept it, I had to accept it, and in the end, I was happy I could score again and we won the game.

‘It was a very important win after losing the last two. It was a very tough game for us because Southampton did very well.’ 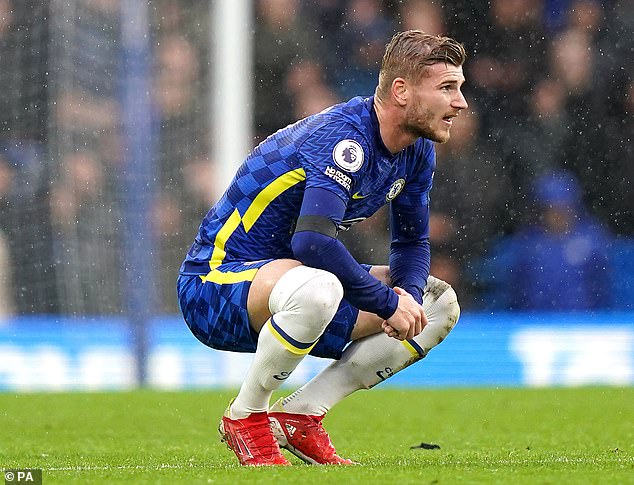 The European champions were helped out when Saints star Ward-Prowse was sent off after a yellow card was upgraded to red by Atkinson, just more than 15 minutes after the midfielder had restored parity from the penalty spot.

Left-back Chilwell secured a home win in the final minute of regulation time, but Werner admitted his side were fortunate to emerge victorious against the dogged visitors.

‘We were a bit lucky they conceded the red card. It opened up a lot of space for us. They made it very hard to create chances, but overall we were the better team,’ the German added.

‘We won this game with pressure on our shoulders. We had the mentality to win. In the last two games we faced very good teams. It was hard to create chances against those teams. We wanted to be back to our old strengths, and we were. 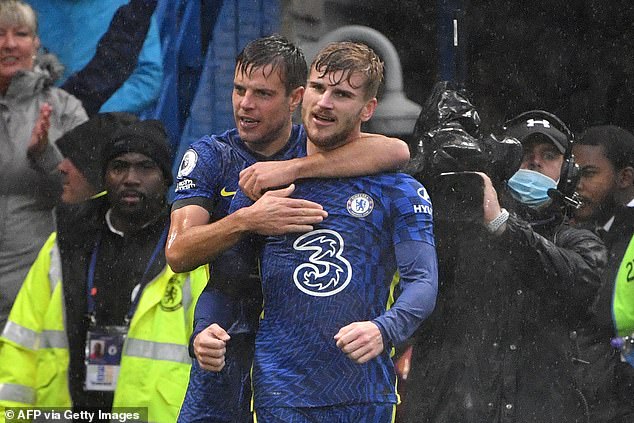 Nevertheless, he bounced back by turning home a cross from Cesar Azpilicueta (left)

‘When you win the Champions League and start the season winning nearly every game, you become under a little bit of pressure to win and win and win every game. We know we are a very strong team and we are hard to beat.’

Blues boss Tuchel was meanwhile simply happy that Werner could celebrate his goal without fearing it would be overturned.

‘We have the feeling that every time (Werner) scores there’s a VAR decision going on to take it away from him,’ he said. ‘He has to keep on going, he has a lot of things he can improve.

‘But we are happy and relieved that he scored. It was a very important goal.’ 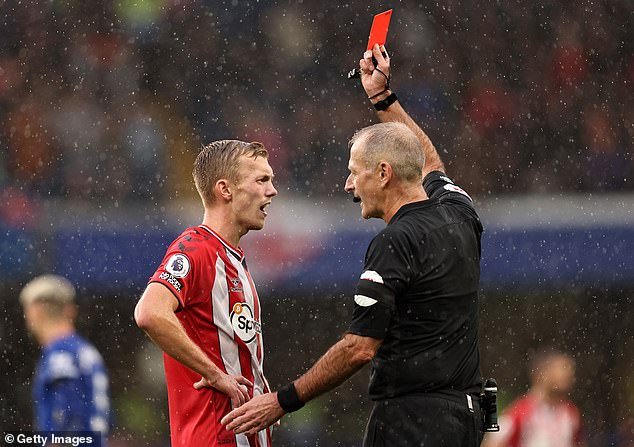