Manchester United legend Wes Brown hailed the impact of Bruno Fernandes when naming who he thinks have been the Red Devils’ best players of the season. Fernandes helped United qualify for the Champions League following his arrival from Sporting Lisbon in January. The Portugal international is yet to lose a Premier League match and has scored eight goals in his 14 appearances in the competition to date.

United were 12 points behind Leicester at one point in the campaign but victory over the Foxes on Sunday confirmed a top-four spot and condemned the Foxes to the Europa League.

After the match, five-time Premier League winner Brown was asked to name his top United performers of the season.

Fernandes was first on the list and the former England international claims the 25-year-old had a huge impact on the attacking trio of Marcus Rashford, Anthony Martial and Mason Greenwood.

Brown said on MUTV: “For me I’d have to say Bruno, I know he only came in January but like we’ve talked about he’s lifted the whole squad, brought a little bit of another dimension to the squad. 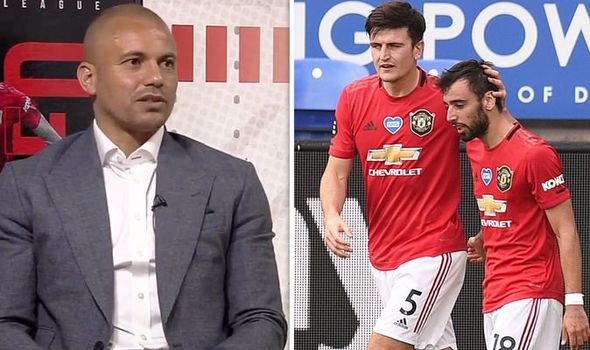 “Off that Mason, Rashy, Martial – they all took advantage of that.

“I think that’s all down to – not just all down to him – but he started it off. He was the first piece of the puzzle.”

Meanwhile, Brown’s former captain Roy Keane has had his say on where United need to strengthen in this transfer window.

“Well, do you want me to mention the goalkeeper?” Keane said on Sky Sports.

“I think they need another centre-half, I think certainly one or two defenders.

“When you’re a big club like United you want options basically all over the park.

“I think they’ll need another striker, they’ll be looking at that. We’re talking about [Mason] Greenwood coming through but he’s still a young player finding his way.

“But the key is we talk about recruitment and it just rolls off the tongue – it’s easier said than done. To me it’s about getting, obviously quality players, but the right characters.

“We’ve seen [Bruno] Fernandes come into the club, clearly a very good player, but comes across as a really good pro, decent person and all that helps. That’s the key now for Ole.

“United’s track record over the last 12 months has been a lot better in terms of their recruitment.

“If they continue that over the next year or two then they’ll certainly close the gap on City and Liverpool.”