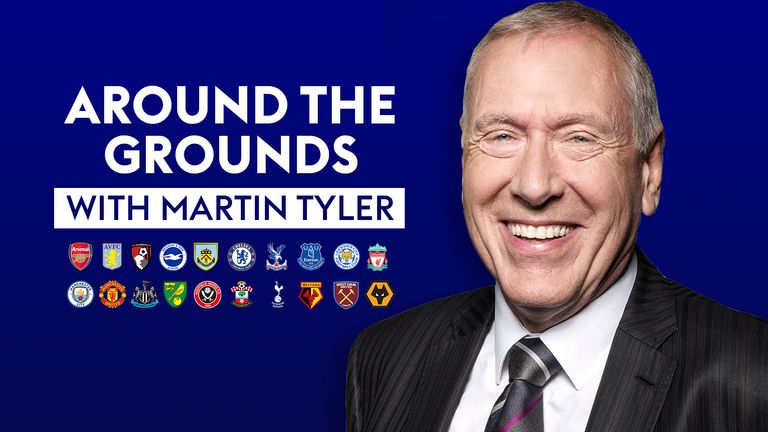 At a time when football grounds have closed their doors, we’ve asked Martin Tyler to share some of his favourite facts and memories of the homes of clubs around the world.

This week, Sky Sports’ Voice of Football is looking at the top five clubs in the Sky Bet Championship and takes us on a virtual visit to West Brom’s The Hawthorns.

How I get there

It is definitely a good ground for driving. The Hawthorns is right by Junction 1 on the M5. Although there has recently been a lot of roadworks on the motorway from the south, it still remains an excellent route for arriving and leaving.

By current standards it is a low position and most commentators welcome that. It is unusual in that you reach it by using the entrance for the guests in the executive boxes and go up on well-carpeted staircases in the West (Main) Stand.

The last part is in through the girders and pillars of the structure, a sort of backstage. The commentary positions are only one deep so you have to find the right entrance to your allocated spot.

Making sure that I knew where the likes of Jonas Olsson, Gareth McAuley and Craig Dawson were positioned at attacking corners and free-kicks was vital to many a commentary here. Superb organisation at set-pieces caught out the opposition time and time again so naming a correct goalscorer from a quick flick of the head was always a test.

West Bromwich had five different grounds and had appeared in five FA Cup finals before they settled into the Hawthorns in 1900. At 551 feet above sea level it is widely regarded as the highest ground in professional football in England. 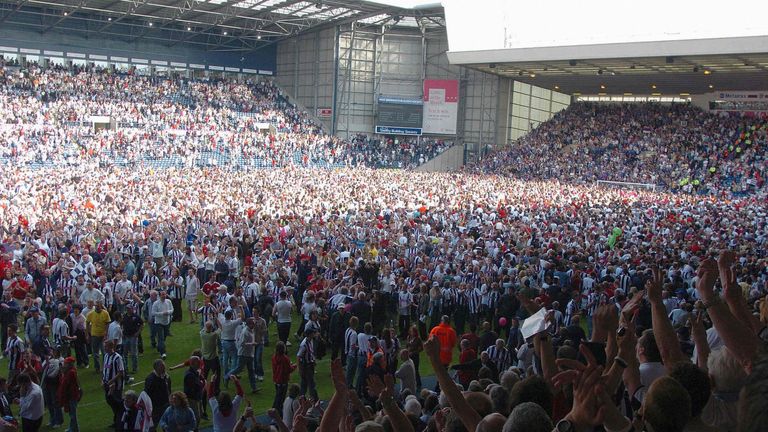 I do remember vividly the Great Escape when West Bromwich Albion survived in the Premier League on the final day of the 2004-05 season. Being bottom at Christmas up to that point had been deemed certain relegation. Bryan Robson had returned to manage his former club determined to overturn history.

I was commentating at another part of that last-day puzzle, at Fulham where a 6-0 defeat sent Norwich City down. But all eyes were on the Hawthorns at the end of that afternoon. The West Brom victory over Portsmouth and the jubilant celebrations were appropriately and splendidly described by my friend and colleague Rob Hawthorne!

But in the January of that remarkable season I did witness a great performance from the then bottom club which brought in three precious points for that survival fund and gave a hint of the positive outcome which was to follow in May. West Brom had won only one of their 23 Premier League games to this point. They had amassed only 13 points.

Now they were at home to Kevin Keegan’s Manchester City and they beat them 2-0. Kevin Campbell who had just been acquired from Everton, was only 11 days short of his 35th birthday. The veteran striker marked his home debut with a sweetly struck low shot that sped past David James following a Martin Albrechtsen cross.

Bryan Robson had never lost to City in nine Manchester derbies as a player and he had two United connections in his line-up that day, Jonathan Greening and Manchester-born Ronnie Wallwork. With 10 potentially nervy minutes left the Baggies secured their second goal and only their second win. A deep cross from Greening was headed back from beyond the far post by the burly Geoff Horsfield and Wallwork applied the crucial touch.

West Brom were still bottom going into that last game against Portsmouth and also at half-time during the drama. But the team I saw beat Manchester City earlier in the year certainly deserved to stay up.

It is accessible and very atmospheric.