West Ham manager David Moyes says his side will ‘keep calm’ after moving into the top-four of the Premier League.

The Hammers climbed into the Champions League places thanks to goals from Michail Antonio and Jesse Lingard in a 2-1 victory over London rivals Tottenham.

Moyes’ side has 13 games left this season to hang on to a top-four spot and are just two-points ahead of Chelsea. 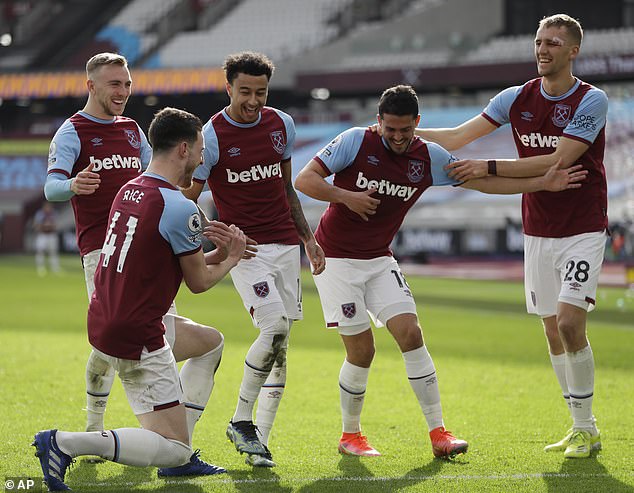 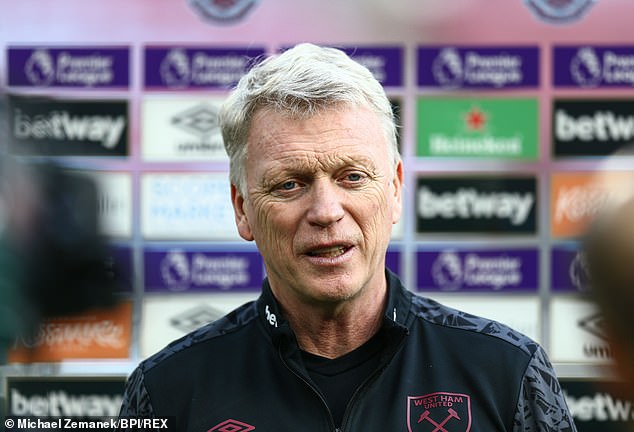 After the game Moyes told Sky Sports that while there is still some way to go, they can keep the pressure on if they continue their recent run of form.

He said: ‘I’ve told them that they’ve only done half the job. I think if we continue this way then we’ll be close.

‘I don’t want to be negative in any way, it’s a great result for us to beat Spurs with the ambitions they’ve got at their disposal.

‘So we are enjoying it, but also we’re not going to go daft. We’d be stupid to say anything and we’re going to keep calm about it.

‘But hopefully we keep pushing pressurising the teams near the top of the table.’

West Ham have taken six wins out of nine in the league since the turn of the year, with their only defeat being a 3-1 loss to champions Liverpool.

Their form marks a significant turnaround to last season, where the Hammers were fighting to stay in the league until late on in the campaign.

As they push for European qualification, Moyes said his main goal is to get stability and consistency at the Hammers. 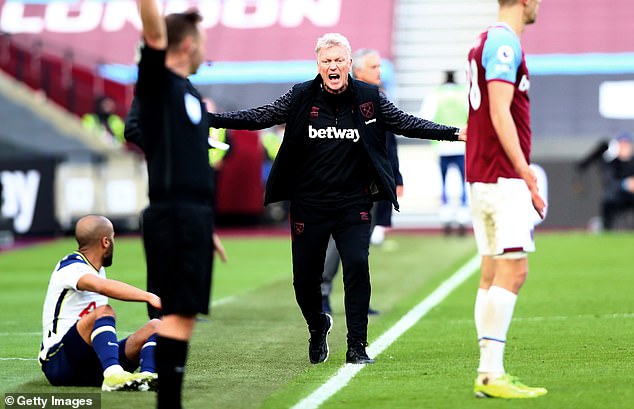 Moyes said: ‘Anybody who has been a West Ham supporter, or even when I’ve managed teams against them, there’s always been bits where they’ve won some big games which has been great.

‘What we want here though is consistency, and I think we’ve had that since after lockdown.

‘That for me is the biggest thing I am trying to get at the club, stability and consistency.

‘We might not always be near the top or might even be there at the end of this season. But I think the club badly needs a level where they’re not around the bottom or think they’re going to be relegated.

‘This time last season I was being asked questions about whether I think I can avoid relegation. So it’s a great feeling to know that’s gone, and even better that we’re challenging for other things.’