Look who’s back!: England midfield star Declan Rice returns to training following the World Cup, with West Ham captain looking to get up to speed ahead of crunch Boxing Day showdown at Arsenal

Rice featured in all five of England’s matches in Qatar, with the Three Lions’ campaign ending in a 2-1 quarter-final loss to France.

The 23-year-old was granted 10-days off by West Ham following his exploits at the World Cup. 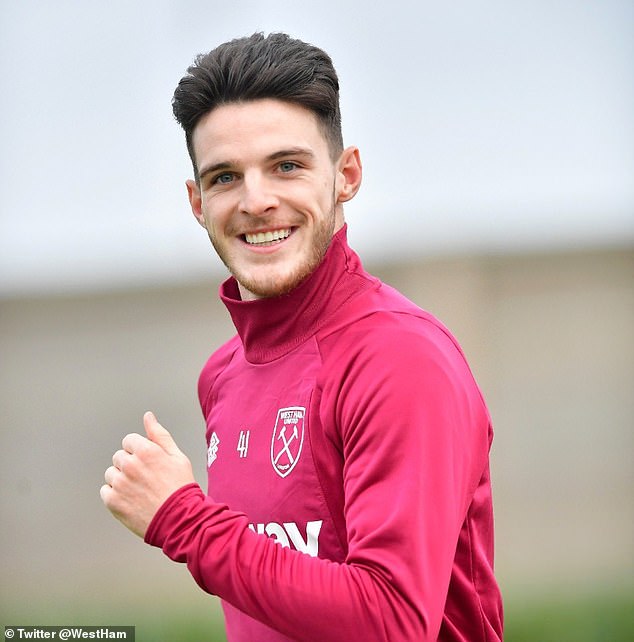 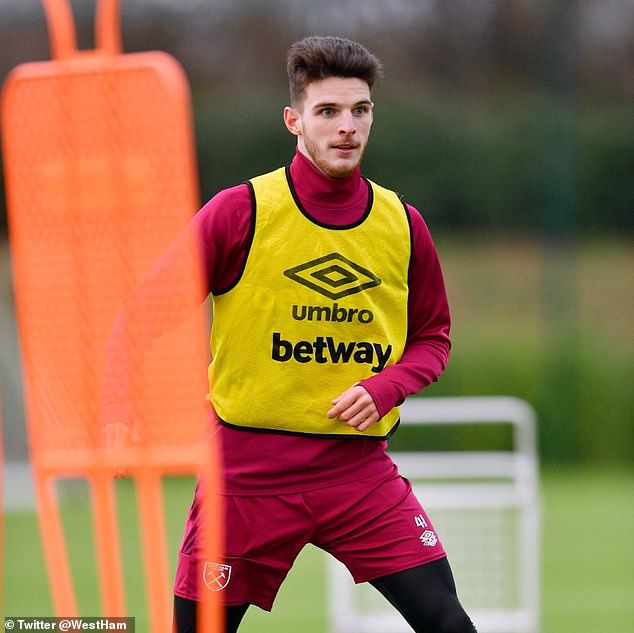 Rice has made 15 appearances for the Hammers so far this season in the Premier League, scoring once and providing two further assists.

The midfielder had been in attendance for the mid-season friendly against London rivals Fulham at Craven Cottage on Saturday afternoon.

Brazil star Lucas Paqueta has also rejoined the West Ham squad in the build-up to the packed Christmas schedule. 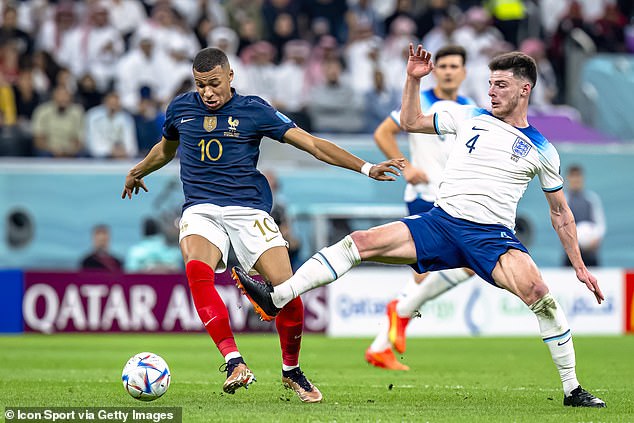 The Hammers will hope both Rice and Paqueta hit the ground running ahead of their Premier League return.

Moyes’ side will return to action will a tough away match against Arsenal on Boxing Day, with the Gunners currently five points clear at the top of the Premier League table.

West Ham will hope for a much improved second half of the Premier League season, having entered the break in 16th place.

Only four wins in their opening 15 matches have seen West Ham lie one point above the relegation zone.