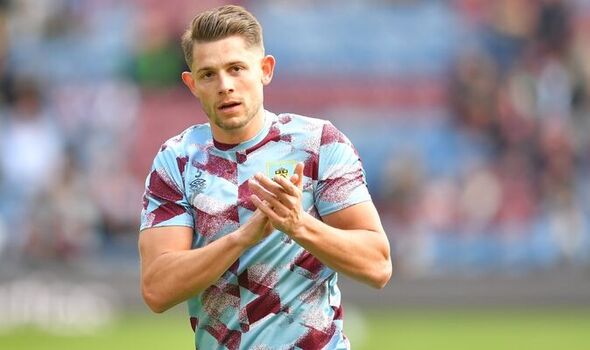 West Ham are set to drop all efforts to sign Burnley’s James Tarkowski ahead of his expected departure from Turf Moor in the summer – with Hammers chiefs expecting the centre-back to join Newcastle in the upcoming transfer window despite their interest.

With West Ham, Leicester and Newcastle being linked with his services over the past few years, it was expected that a three-club tussle would occur for his services. But Leicester have withdrawn their interest with Wesley Fofana excelling beyond expectations since his arrival.

And according to The Daily Mirror, the Hammers believe that Tarkowski will move to money-laden Newcastle in the summer and will give them a free run at the defender. Tarkowski has long been expected to leave the Clarets this summer given his refusal to sign a new long-term deal over the last couple of years.

The star has won two England caps in his time at Turf Moor but believes it could be time for a new venture. Newcastle can offer Tarkowski a significant increase on the current £50,000-a-week wages that he earns at Burnley.

And their financial power has seen the Hammers bow out of the race. The 29-year-old has previously explained his reasons for wanting to depart relegation-threatened Burnley, claiming that his international future plays a key part in his thinking.

“Burnley offered me a contract near the start of last season, which, for me personally, it was nowhere near what I was going to sign and I think the club understood,” Tarkowski told The Telegraph back in November 2020. “And they’ve come back again this year, and still, for me, it’s just not right.

“Finances do matter, but, at this particular stage, whatever path I take I will get financially rewarded so the financial side is not even in my thinking at the moment. It’s more about my football. We’ve had two transfer windows now where the club have decided, for whatever reason, that whatever has been offered on the table hasn’t been enough and that’s fine because I signed a contract for four-and-a-half years. So I won’t whinge or not turn up, I just need to deal with it and get on with my football.

“But the longer my contract runs down, I feel I gain the control of my career more than Burnley having the control of it, which is what I feel like I need right now.” Tarkowski has stood true to his word and concentrated on his football this season.

Having featured in all but two of Burnley’s Premier League games this season, his leadership and quality at the heart of their defence has seen the Clarets clamber out of the relegation zone despite having been without Ben Mee for the past two-and-a-half months.