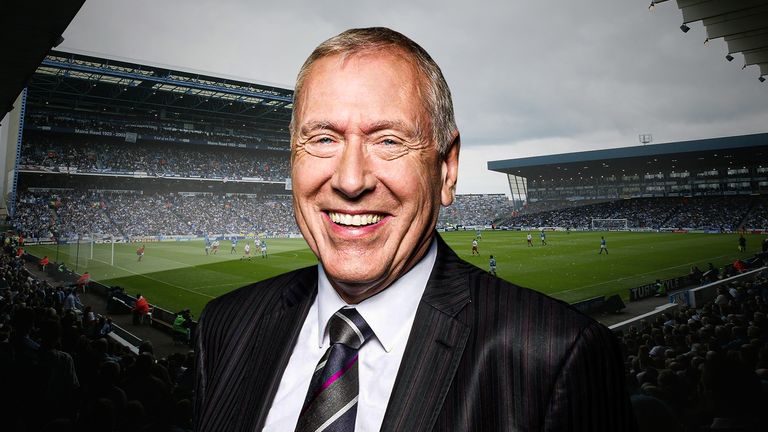 At a time when football grounds have closed their doors, we’ve asked Martin Tyler to share some of his favourite facts and memories of the homes of clubs around the world.

This week, Sky Sports’ Voice of Football is looking at some grounds which closed their doors many years ago and takes us on a virtual visit to West Ham’s former ground, Upton Park.

How I used to get there

By car – round the M25 and through the Dartford Tunnel. I join at Junction 9 and on October 27 2002 I came closer than ever before to missing a commentary, on my way to cover West Ham against Everton.

Overnight there had been gale-force winds in the south east of England. Unbeknown to me, the motorway was littered with debris. I got on the M25 at 10am and an hour later still had not reached the next junction. I was stationary on the inside lane and noticed a police car slowly moving up behind me on the hard shoulder.

I opened my passenger window, leaned across, told the driver of my commentary predicament and asked for help. “You had better get someone else to do the broadcast,” was not the reply I wanted to hear.

Eventually the traffic stuttered its way to Junction 8. I made my exit and cut across London, arriving at 2.15pm for a 4pm kick-off instead of 11.30am. It may sound early enough but we commentators are creatures of habit and with my routine totally disrupted it was a difficult afternoon on the gantry.

Not getting to a game in time is an awful prospect and I regularly have nightmares about it.

When I started, the commentary position was in the East Stand, opposite the dressing rooms and was a splendid position though the ladder to it was a dropdown into a populated area of the ground. After getting the team news you had to scoot round the pitch to make sure you got there before it was pulled up for the duration of the match.

A subsequent switch to the top of the new West Stand at the turn of the century ended that intimacy. Eventually a compromise was reached with a position just below the executive level of that stand. The only way to it was through one of the executive boxes. A group of well-heeled Hammers fans were very gracious, including the actor Ray Winstone!

Its official name was The Boleyn Ground, named after a 16th century house which was a main feature of the site when West Ham moved there in 1904. The house was known as Boleyn Castle. 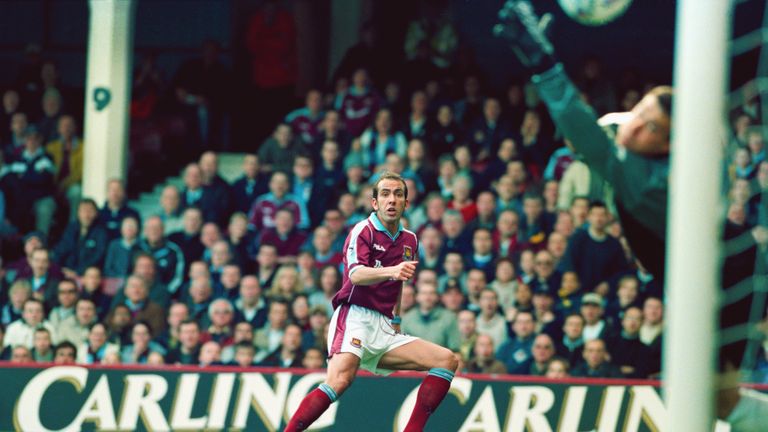 My greatest memory has to be having a commentator’s view of Paolo Di Canio’s extraordinary mid-air volley against Wimbledon in 2000, an outrageous goal. Even to attempt the shot seemed ridiculous when a deep cross from Trevor Sinclair took out the visiting defence but doing the difficult never bothered the Italian. The angle itself would have tested a more conventional opportunity. It was a goal in a million!

On Sky Sports we covered the final game in the stadium on May 7, 2016 which was a bittersweet experience. The match was worthy of the occasion, West Ham coming from 2-1 down against Manchester United to win 3-2. The long-serving defender Winston Reid got the decider with 10 minutes left. “Reid all about it!” was my final summing up in the ground.

But the kick-off was delayed because the United team bus was attacked on its way to the stadium. The long-time home of the Hammers deserved a better send-off.

It was, as usual, a minority spoiling an occasion for the majority as was the case in 1980 when I had the eerie experience of commentating on a European tie played behind closed doors at Upton Park.

UEFA had come down hard on the East London club after trouble at the away leg against Castilla in Madrid had been blamed on West Ham fans. The players made light of the near silence, overturning a 3-1 deficit with a 5-1 win. Striker David Cross bagged a hat-trick.

What I liked about this ground

It embodied the character of the East End of London. The home of the 1966 World Cup Winning greats, Bobby Moore, Geoff Hurst and Martin Peters and hard managers with hearts of gold, like John Lyall.