Kurt Zouma has recovered from the stomach bug that ruled him out of Sunday’s 2-2 draw at Leicester.

The central-defender, who was at the centre of controversy last week after images emerged of him kicking a cat, withdrew from the starting XI to face Brendan Rodgers’ side during the warm-up – but he is understood to have returned to training and is likely to be in contention to face Newcastle on Saturday.

Zouma was fined two weeks wages and lost his Adidas sponsorship deal as a result of the controversy. However, the sportswear giants have found themselves under intense social media criticism in recent days for their to decision dump Zouma, to the point where Boycott Adidas was trending on Twitter last week. 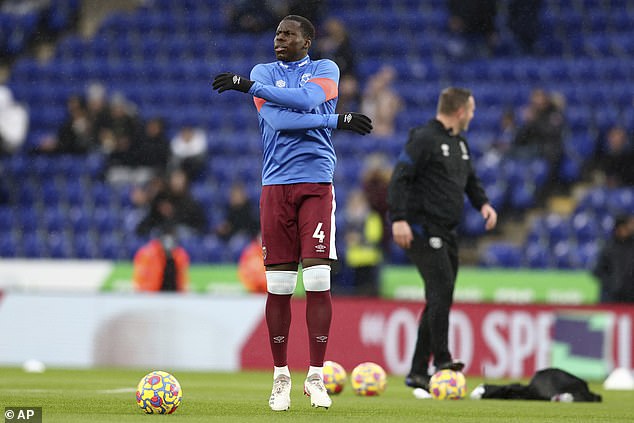 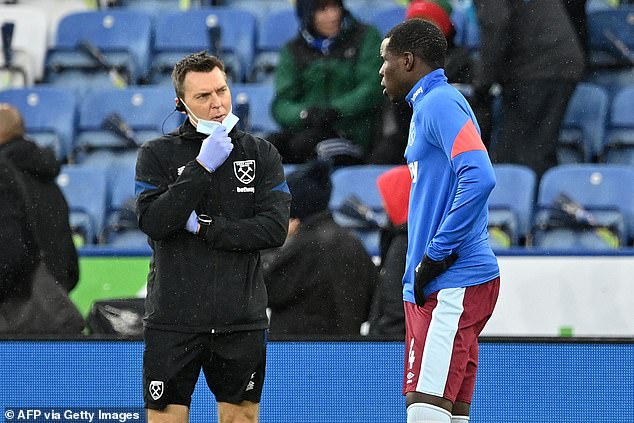 There is a concern that the decision to remove Zouma from their roster has racial undertones, particularly given Adidas stuck with Luis Suarez after he racially abused Patrice Evra and bit Giorgio Chiellini.

The defender heard his name booed loudly about 30 minutes before the game started – when he was still in the starting XI. Yet moments later, Zouma had headed down the tunnel and was replaced in the team by Issa Diop.

Not for the first time, West Ham boss David Moyes called for forgiveness for Zouma – with the furore over the cat video now a week old.

Moyes said: ‘He was ill before the game but wanted to play. He was sick during the night, he stayed away from the players and did not eat much. 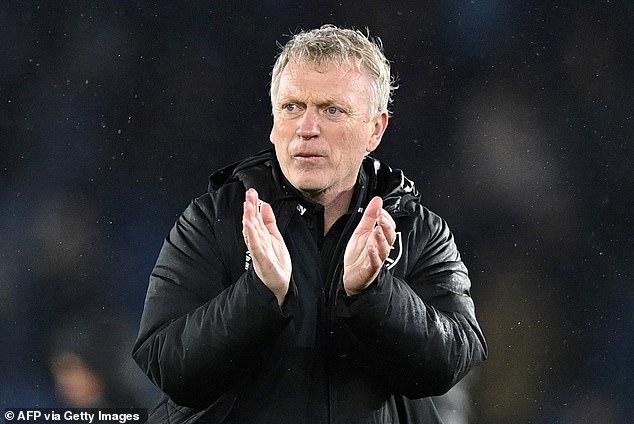 ‘Once he got out he did not think it was possible. We told Issa Diop to be ready. It is a stomach bug, probably something he has eaten.

‘I hope that we have changed a bit of how West Ham is perceived. West Ham have done great work down the East End of London, young supporters coming in and a lot of good things being done.

‘We should not allow something like this to blight what has gone on. A mistake has been made and there are managers with players who have made mistakes. You want to feel there is forgiveness and an apology has been made.’

Before West Ham had taken Zouma out of their team, Graeme Souness let rip at the Frenchman, in his role as a Sky Sports pundit, indicating he should not be selected again this season. 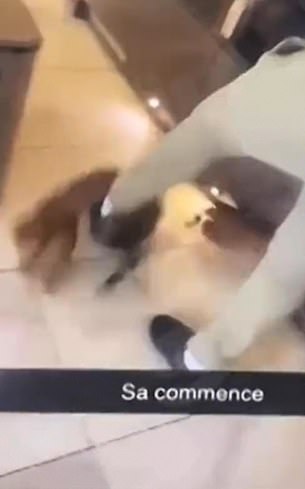 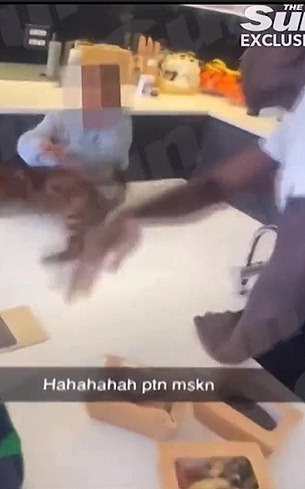 Zouma, has been widely condemned after a video emerged of him allegedly hitting the animal

The former Liverpool manager said: ‘I’ve got zero sympathy for him. The vast majority of West Ham fans would not be accepting of him.

‘I think they’ve (West Ham) mis-managed it from day one. I wouldn’t have played him again this year. As a player I wouldn’t want to be in the dressing room with him. Statements mean nothing, fines mean nothing in this instance.’ 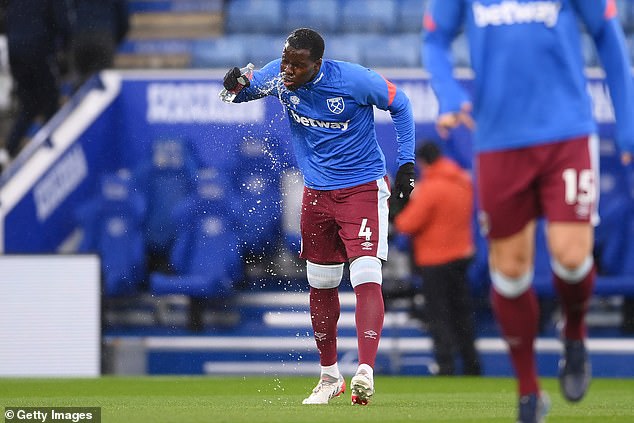 But fellow Sky pundit Gary Neville disagreed with calls for Zouma to be sacked as he thought fining the player was the correct way to go.

‘Do I think he deserves to be punished, fined two weeks’ wages and banned for two or three games? Yes. So should he have played the other night? Maybe not.’