Borussia Dortmund believe Manchester United are in pole position to sign Jadon Sancho. The Red Devils have made the England international their top transfer target but he is valued at £120million by the Bundesliga giants. Chelsea are also interested.

Sancho is one of the hottest prospects around after chipping in with 30 goals and 38 assists in 78 appearances for Dortmund over the last two seasons.

A return to the Premier League appears to be on the cards for the former Manchester City winger, who is likely to be tempted by the idea of playing in the same team as close pal Marcus Rashford.

According to the Evening Standard, Dortmund believe a move to Old Trafford is the most likely outcome for Sancho.

Crucially, Westfalenstadion bigwigs will not stand in the 20-year-old’s way if he wants to depart. 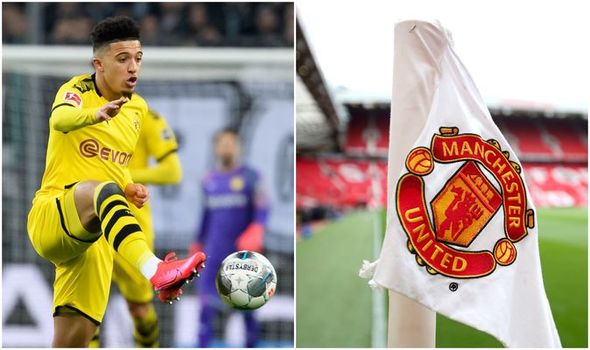 CEO Hans-Joachim Watzke said: “Even before the coronavirus outbreak, we said that we prefer that Jadon stays with us.

“At the end of the day, however, you always have to respect what the player wants.”

Despite the coronavirus pandemic’s financial ramifications likely resulting in a drop in transfer prices, Watzke insists Dortmund do not need to lower their price tag.

“I’ll say clearly say that even the very rich clubs shouldn’t believe that they can come here to snap up bargains,” he added.

“We don’t have to sell anyone for less than they’re worth.”

Despite Watzke’s insistence on their valuation, Arsenal legend Paul Merson believes Dortmund “can forget” about raking in more than £100million from selling Sancho.

Merson told the Daily Star: “All the talk about Jadon Sancho commanding a £100m-plus transfer fee has been blown out of the water if you ask me.

“Borussia Dortmund are said to be demanding in excess of that figure for one of Europe’s hottest young talents, but they can forget it.

“There’s no way that’s going to be happening. It’s gone – over and out.

“Top clubs can’t be putting staff on furlough and then start forking out that kind of money the minute the transfer window opens. 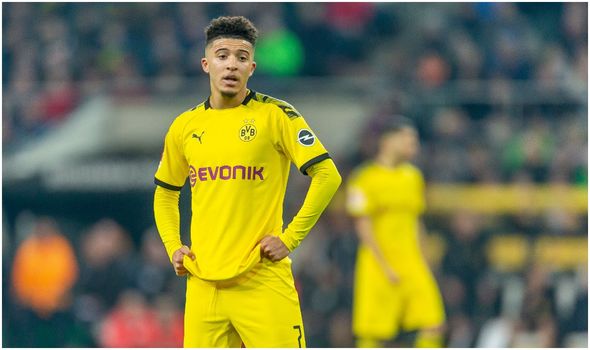 “It’s not just the fee, but with players in that price bracket comes a pay packet of around £300,000 a week and that’s just not going to be happening.

“The landscape has changed not just for everyone on the planet but for football as well.

“Really big-money moves may be off the table for quite some time.

“With the financial situation as it is, how would it look for clubs struggling to pay their staff and then transfer deadline day arrives and it flashes up on the screen that £900m or whatever has been splashed out on players? There would be uproar.”