Edinson Cavani’s brilliant-headed goal at Tottenham yesterday was a work in progress that started two minutes before the ball hit the back of the net. The Uruguayan enjoyed arguably his best performance in United red since joining on a free transfer last October following his departure from Paris Saint-Germain in March 2020.

The striker took his time to settle into his new surroundings before enjoying a purple patch at the turn of the year but has dropped off in recent weeks.

Cavani has been struggling with a number of recurring muscle problems, while his father also plunged his future into doubt.

The seasoned veteran could return to South America in the summer, with Boca Juniors willing to offer him a two-year contract.

But at Tottenham, Cavani showed exactly why Ole Gunnar Solskjaer is campaigning so hard to keep him for another season. 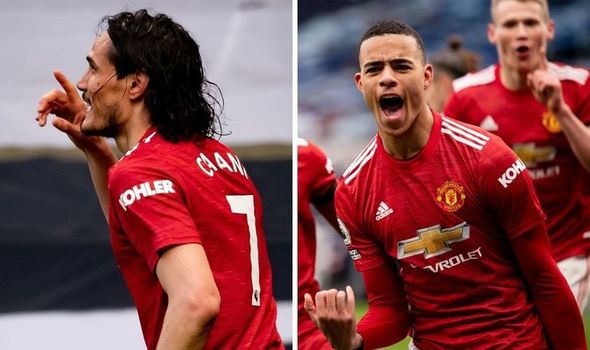 United want to extend his contract by another season but no decision has been made as of yet.

The 34-year-old showcased his predatory striking instincts in the first half when he raced onto Paul Pogba’s pass and nutmegged Hugo Lloris.

The goal was eventually chalked off following a VAR check but Cavani soon made amends.

According to journalist Julien Laurens, Cavani told Mason Greenwood in the second half to ‘play the ball quicker to him’.

Coincidentally, two minutes later Greenwood put the ball on a plate for his teammate, who headed United in front.

It was a brilliantly worked goal that put United on the road to an impressive three points as Greenwood added a third goal shortly after.

Solskjaer was full of praise for Cavani after the contest as the striker showed United what they’d been missing.

“The goals we scored were excellent, Edinson shows why he’s a No 9,” Solskjaer told Sky Sports. 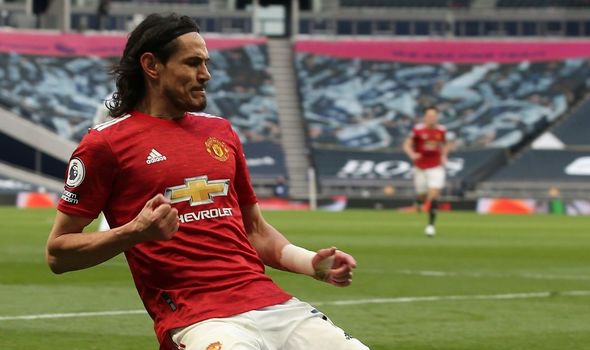 “For a new lad who doesn’t speak English and not having his family over here, of course it’s in the back of his head [returning to South American].

“If he decides it’s just the season then we’d be very happy to have had him here.”

Solskjaer remains hopeful that he can convince Cavani to stay put and give it one more year in Manchester.

I’ve kept in touch with Edi and, of course, we keep an open dialogue,” he said in his post-match press conference. “He’s still unsure what he wants to do next season, which I find fine.

“It’s not been an easy year either for him, or the rest of the world this season, so he still wants to time to make his mind up.”