Borussia Dortmund forward Erling Haaland became the latest wonderkid to win the prestigious Golden Boy award, with the 20-year-old following in the footsteps of a number of great players.

It has been an excellent year for Haaland, who has scored 33 goals in 32 appearances for Dortmund in 2020 after making the move from RB Salzburg in January.

His magnificent goalscoring record means he has already been linked with a host of elite European clubs and he will be looking to emulate some of the biggest stars that have won the award.

However, some of those tipped for superstardom have failed to live up to their potential.

Now, Mirror Sport takes a look at the previous 17 winners of the award and how their careers have panned out.

The award's inaugural winner after netting 18 goals in 21 Eredivisie games for Ajax in the 2002-03 season, Van der Vaart made the move to Germany to join Hamburg in 2005.

After spending three seasons at the club, he joined La Liga giants Real Madrid in 2008 but was unable to nail down a regular spot in the startng XI.

In 2010, he joined Tottenham Hotspur and was a central figure to the club's rise under manager Harry Redknapp, scoring 24 goals and providing 15 assists during his time in the Premier League.

He rejoined Hamburg in 2012 and, after three years, spent short spells at Real Betis, FC Midtjylland and Esbjerg fB before retiring with two Eredivisie titles, one Danish Superliga title and a World Cup runner-up medal to his name. 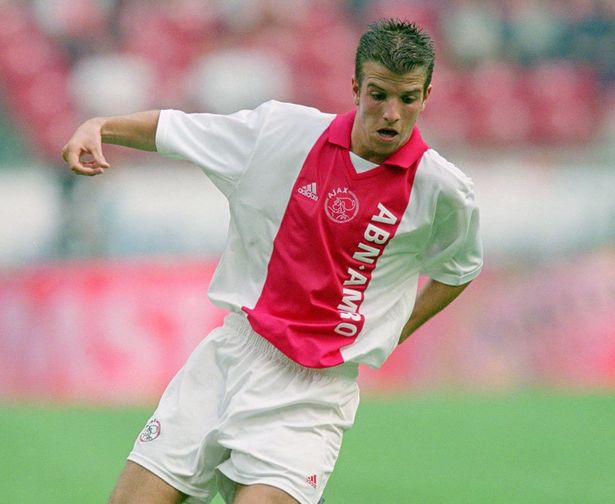 After bursting on to the scene as a teenager at Everton, Manchester United forked out £25m to bring him to Old Trafford in what was a then record fee for a player under the age of 20.

Rooney left United in 2017 and spent a solitary season at Everton, before moving to the MLS with D.C. United.

He is currently a player/coach at Championship side Derby County but he has not played for the club since taking interim charge after Phillip Cocu was sacked in November.

Arguably the greatest player to have ever played the game, Messi certainly lived up to expectations when he won the award as a teenage prodigy at Barcelona.

The Argentinian superstar has remained at the Nou Camp for his entire career to date, netting 642 goals in 746 appearances in all competitions.

He has amassed ten La Liga titles and four Champions League trophies, playing an integral part in a remarkable era of success.

Fabregas was already a regular in Arsenal's midfield when he won the award and he played a major part in the Gunners' run to the Champions League final in 2006, which saw them beaten 2-1 by Barcelona.

The Spaniard left Arsenal after seven full season, returning to boyhood club Barcelona where he lifted a La Liga title during a three season spell.

Fabregas was also a regular member of the Spain setup, amassing 110 appearances and scoring 15 goals as he helped them win two European Championships and a World Cup.

Manchester City's all-time record goalscorer, Aguero is a bona fide Premier League legend and his dramatic last minute goal against QPR in 2012 which secured the club their first league title since 1968 is one of the most iconic moments in Premier League history.

However, Aguero was coming off the back of his first season at Atletico Madrid when he won the Golden Boy award, having made the move to Spain from Independiente for a then club record €23 million (£20.7m).

He spent five seasons at Atletico, scoring 100 goals in 230 appearances in all competitions, before joining City in 2011 for a reported £35m.

Anderson won the award after his debut season at Manchester United and much was expected of the Brazilian.

However, he never made more than 19 Premier League appearances again, struggling with injury and form for the rest of his stay at Old Trafford.

He did win four Premier League titles and a Champions League with United and departed the club in 2015 to return to Brazil with Internacional.

After two seasons there, he spent a year on loan at Coritiba before calling time on his career after two years at Adana Demirspor in the second tier of Turkish football.

After scoring 27 goals across the 2008-09 and 2009-10 seasons for AC Milan, it appeared as though Pato was on course to become the next great Brazilian goalscorer but he unfortunately failed to live up to his potential.

He stayed at the San Siro until 2013 but never scored more than five times in a single season after 2010 and he ended up returning to Brazil with Corinthians and Sao Paulo.

A bizarre loan stint with Chelsea in the 2015-16 campaign followed, with Pato scoring one goal in two appearances.

He has since spent time at Villareal, Chinese club Tianjin Quanjian and Sao Paulo but, aged just 31, he is currently without a club.

After rising to prominence with Inter Milan, Balotelli won the Golden Boy Award and then made the move to Manchester City to reunite with Roberto Mancini.

At City, Balotelli scored 30 goals in 80 appearances in all competitions but was more well-known for his off-field antics which involved setting off fireworks in his house and throwing darts at a youth team player during training.

The striker currently plies his trade in Serie B with Monza, after being linked with a shock move to Championship side Barnsley.

A key member of Borussia Dortmund's success under manager Jurgen Klopp, Gotze won two Bundesliga titles with them before joining rivals Bayern Munich on a free transfer in 2013.

He failed to become as important a member of the Bayern squad as he was at Dortmund but still picked up three more league titles.

Gotze memorably scored the winning goal in 2014 World Cup final for Germany and currently plays for Dutch side PSV Eindhoven after being released by Dortmund, following a second spell at the club.

After starring for Malaga and Spain's under-20's, Isco won the award and joined Real Madrid in 2013.

However, he has failed to nail down a regular starting spot at the Bernabeu, given the masses of talent at the club's disposal.

He has lifted two La Liga titles and four Champions Leagues with Madrid but has been linked with a move away after managing just two starts this season.

Pogba left Manchester United on a free transfer in 2012 to join Juventus and starred in their Serie A title win, which led to him winning the award that year.

After helping Juventus retain the title for three more seasons, Pogba returned to Old Trafford for a then world record £89m.

However, he has not had the best of times at United and looks set to leave the club again after comments from his agent Mino Raiola.

After playing a major part in Liverpool's 2013-14 Premier League title bid which saw them miss out by just two points, Sterling was named the winner of the Golden Boy award.

Another impressive campaign followed, which saw him named the club's Young Player of the Season for the second year in a row, before he controversially joined Manchester City in 2015.

Under the tutelage of Pep Guardiola, Sterling has taken his game to another level, helping City win two Premier League titles.

Off the back of his debut season for Manchester United, which saw him score 18 goals in all competitions, much was expected of Martial.

However, his form tailed off with the forward failing to score more than ten Premier League goals in his next three seasons.

He looked to have found his form under Ole Gunnar Solskjaer last season after netting 17 times in the league but his returns have dropped off again this campaign, with the Frenchman failing to score in his first seven league appearances.

He struggled to make an impact in Germany, though, and was shipped out on loan to Swansea City where he also struggled.

Sanches spent just one more season at Bayern before joining Ligue 1 side Lille on a four-year deal in 2019.

A World Cup winner as a teenager, Mbappe already has an impressive 129 senior goals under his belt at the age of 21.

After bursting onto the scene at Monaco, Mbappe made the move to Paris Saint-Germain in the same year they signed Neymar from Barcelona.

He has been in lethal form for PSG ever since, netting 102 times in 139 appearances in all competitions and looks set to be one of the best players in the world for the foreseeable future.

After captaining Ajax to a Champions League semi-final at just 19, De Ligt became the first ever defender to win the award.

He spent one more season with the Dutch giants before joining Juventus in a big money move.

Currently into his second season in the Serie A, De Ligt is looking to help Juventus retain the Serie A title.

Having scored 20 goals in all competitions for Benfica in the 2018-19 season, Atletico Madrid forked out £113m to bring Felix to the Wanda Metrapolitano.

The Portuguese starlet was viewed as the longterm successor to Antoine Griezmann, who joined Barcelona that same summer.

Still only 21, Felix has scored 17 goals in 53 appearances for Diego Simeone's side in all competitions.