Kylian Mbappe is reportedly flattered that Liverpool have expressed an interest in signing him from PSG. The forward may consider his future at the end of the season but appears to already have his heart set on joining Real Madrid, all the while Zinedine Zidane is in charge.

French reports claimed that Jurgen Klopp has been doing his bit to try and bring Mbappe to Anfield.

Last month it was claimed that Klopp called Mbappe’s father to compliment the forward and express his interest in signing him.

Now Le10 Sport, who reported the phone call, say that Mbappe is flattered by the interest of both Liverpool and Real Madrid.

Liverpool are looking to add another forward to their ranks this summer, but Mbappe is out of their price range. 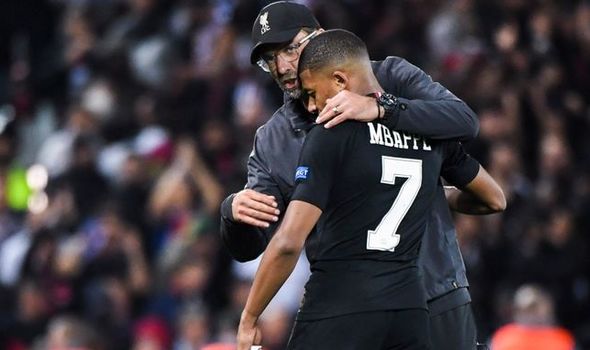 Mohamed Salah and Sadio Mane are off to the Africa Cup of Nations next January and could miss up to six weeks of action.

Therefore Klopp will need extra firepower to cover in their absence.

Klopp himself, already ruled out the idea of signing Mbappe because it is not financially viable.

He said last November: “Buying this calibre of player is difficult.

“I don’t see any club at the moment who can buy Kylian Mbappe from PSG.

“From a sporting point of view, there are not a lot of reasons to not sign him. What a player he is.

“But it is about the money, of course. No chance. Absolutely no chance. Sorry for killing that story.”

Mbappe is likely to cost around the £200million mark, a figure that will prove difficult for any club during the current financial crisis. 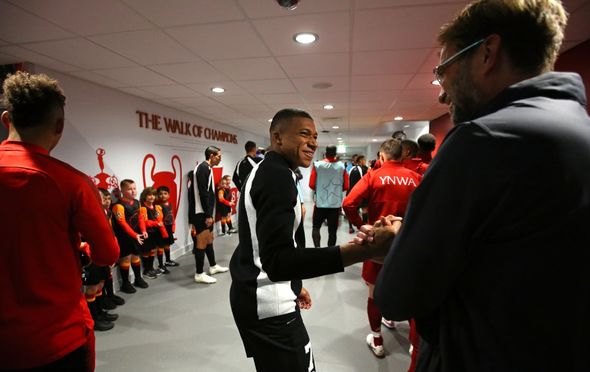 Despite that, Guillem Balague claims Liverpool have asked for information regarding Mbappe.

“Liverpool, as always with a big club and with big players, they want to have information,” Balague recently said.

“We will have to see if Real Madrid will wait, depending how the financial situation of the club goes, if they will try to buy him next summer or wait until the end of his contract.

“In any case, nothing will happen to Mbappe this summer, that’s what I have been told by everybody I’ve asked.”