Liverpool boss Jurgen Klopp played a key role in the club agreeing a fee with Bayern Munich for Thiago Alcantara, it has been claimed. The Spain international is poised to move to Anfield, becoming their second signing of the transfer window in the process. He had previously been linked with a move to Manchester United.

Liverpool have today agreed a fee of around £28million to sign Thiago from Bayern Munich.

Negotiations are said to have accelerated since Monday, after Bayern chiefs made it clear they wanted a deal struck before the beginning of the new Bundesliga season.

Thiago is yet to agree terms with Liverpool but that will reportedly be straightforward, with the Spain international determined to chance his arm in the Premier League.

He’d previously been linked with a move to Manchester United but the Red Devils where never in for the 29-year-old this time around, instead spending their money on Ajax star Donny van de Beek.

And, now, journalist Fabrizio Romano has claimed Klopp himself played a key role in Liverpool agreeing a fee with Bayern. 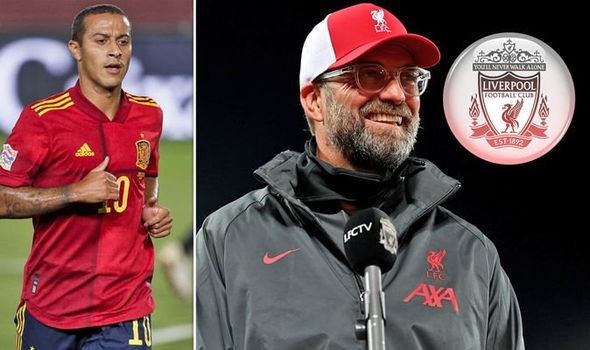 “Bayern Munich always asked for €30m as price tag and they’re gonna get it,” he said on Twitter.

“Liverpool accepted to pay after Klopp pushing to get Thiago. Personal terms will be ok on next few hours.”

Klopp has already missed out on one potential signing this summer, seeing Timo Werner move to Chelsea.

And the Liverpool boss was eager to avoid a repeat with Thiago, who will bring huge experience to the Reds’ starting XI once his move is officially completed.

The Spain international won two La Liga titles with Barcelona earlier in his career and was once touted as the natural heir to Xavi. 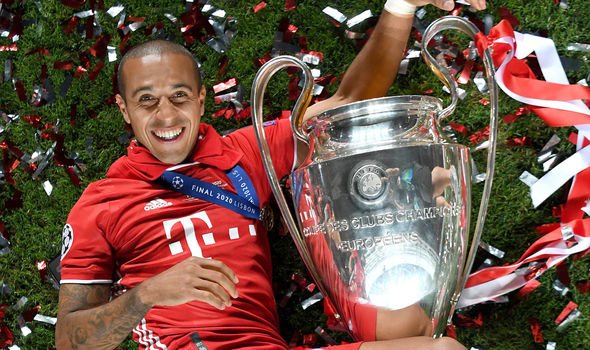 And, during his time at Bayern, he’s won the Bundesliga seven times in a row – and recently helped them to Champions League glory, starring against Paris Saint-Germain in the final.

Liverpool legend Jamie Carragher recently opened up on Thiago, saying: “Liverpool have got three or four players in the squad they are looking to move on.

“It seems like they have to sell before they buy, that was the case with Dejan Lovren. He had to leave before a left-back could come in.

“Thiago would give Liverpool’s midfield something different, no doubt.

“I think the huge clamour for Thiago is a little bit disrespectful to Liverpool’s current midfield three.

“Yes he would add something different. But if he doesn’t come in, it’s not the end of the world, this is still a fantastic midfield for Liverpool.”

Thiago had previously teased fans by refusing to rule out a stay at Bayern Munich but, now, a move away is on the cards.

Liverpool will next be in action against Chelsea next Sunday (4.30pm).

The Reds won an eight-goal thriller 5-3 when the two teams last met in July, in a match that riled Blues boss Frank Lampard.

And whether they can get a deal for Thiago done in time remains to be seen.