Manchester United boss Ole Gunnar Solskjaer was overheard barking at Bruno Fernandes to restore the club’s shape against Arsenal, it has been claimed. The Red Devils lost 1-0 on Sunday night. Pierre-Emerick Aubameyang scored the only goal of the game, giving the Gunners all three Premier League points in the process.

Manchester United were torrid against Arsenal on Sunday night.

The Red Devils only tested Bernd Leno through Mason Greenwood and Nemanja Matic, doing precious little of note throughout the rest of the showdown.

Arsenal were deserved winners and got the only game of the game courtesy of Aubameyang, who converted from 12 yards after Hector Bellerin was fouled by Paul Pogba inside the box.

With United trailing, Fernandes was hooked.

And, according to the Telegraph, Solskjaer had shouted “Bruno! Find our shape again,” before the 25-year-old was withdrawn. 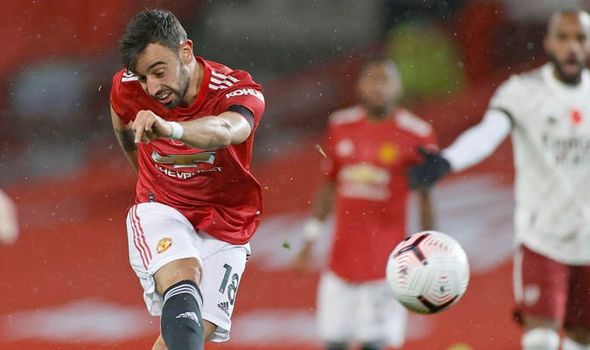 United decided to throw on Donny van de Beek for Fernandes but the Netherlands international couldn’t prevent his side from slipping to defeat.

Despite Fernandes being a far cry from his usual self throughout the showdown, Rene Meulensteen thinks he’s the only leader at the club at the current moment in time.

“He’s a very talented player, everybody keeps talking about him, ‘he’s world class’, I would never use world class so easy because I know players past and present who deserve being called world class,” he said.

“And in my opinion Paul doesn’t deserve that in any shape or form at the moment in time because he doesn’t live up to expectations.

“I think we need to expect even more from him but that only comes from working hard from the start. 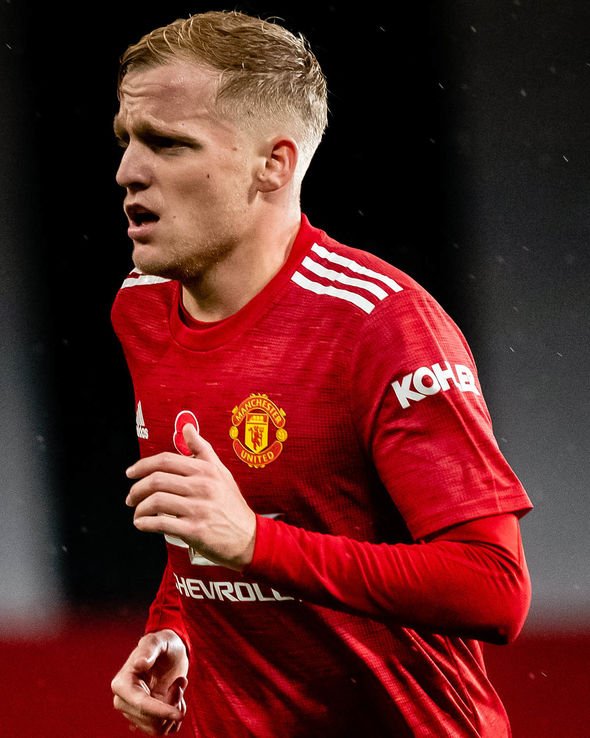 “And that rubs off on other players, working hard and not working hard, because they start to question those performances.

“If you go back to his time at Juventus, he played in a very experienced, well set up team around him with a lot of strong personalities and leaders.

“That’s one thing United is lacking – leadership. He should be one of them but he isn’t, he’s not a natural leader.

“The only one I can see who has got some kind of leadership is Fernandes. Because of his drive, he’s looking forward, his urgency in his play.

“As soon as he went off United started looked [for a leader].

“You want to get him [Pogba] on the ball in areas where he can do most of the damage, which is in between the lines, going forward and then you need runners off him so he can feed them or he can join in and have a shot outside the box.

“At the moment he’s too often in areas where he gets crowded out.

“And also one part of the game I think he’s been particularly poor this year, he gets the ball nicked off him so often where the opposition can really benefit from it.

“It’s a constant puzzle. You say, ‘how long do you take?’. We are in a results business, you need to win games. I still don’t think Ole knows what his best XI is.”

Fernandes is expected to start when United lock horns with Istanbul Basaksehir in the Champions League on Wednesday (5.55pm).