Manchester United hero Diego Forlan has revealed Ole Gunnar Solskjaer called him to find out about Facundo Pellistri. The 18-year-old signed for the club on transfer deadline day. And he could feature when the Red Devils face Newcastle in their Preier League showdown on Saturday night (8pm).

But, in the end, the Norwegian ended up swooping for Pellistri instead.

The 18-year-old moves from Club Atletico Penarol on a five-year contract and is raring to get going, saying after his move: “To join a club with the history of Manchester United is a dream come true.

“I have learnt a lot at Penarol and I would like to thank them for everything they have done for me. To have the confidence of the manager is an amazing feeling and I know that working with him will be perfect for my development.

“I am coming into a squad full of great players who I will learn from every day. 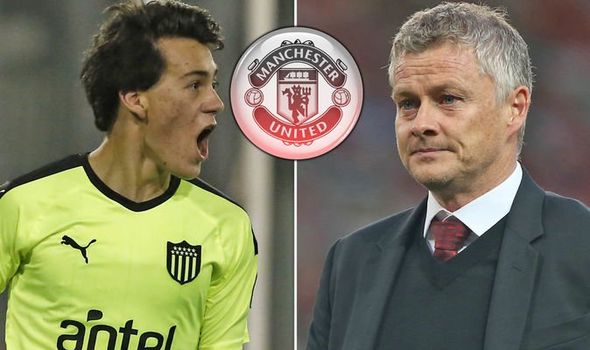 “Everyone knows that Manchester United is a club that gives young players an opportunity and I am ready to work hard every day to earn those chances and prove myself in England.”

Pellistri arrives in England as an unknown quantity.

And Forlan has revealed Solskjaer wanted to know all about the teenager, telling the South China Morning Post: “He asked me lots of questions about Facundo and I gave him lots of answers.

“There was a lot of interest in the player and I could understand why.

“He’s very quick and goes past players easily. He was doing that even when it was not a good moment for the team. 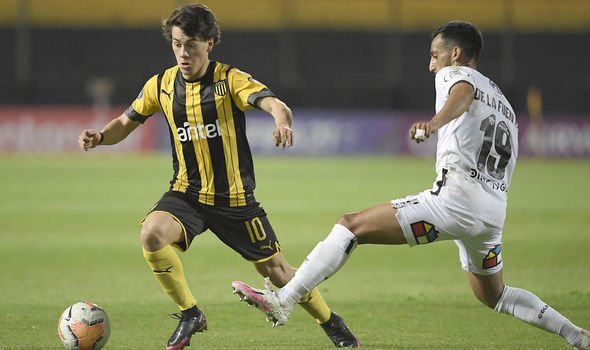 “He likes receiving the ball in midfield and moving forward with it. Even though he was young, I put him in my team every week.

“He can play on the right but also the left. He’s two-footed like I was and he tries to dribble like Ryan Giggs.”

Forlan, who blew hot and cold throughout his time at United, then added: “I told Ole he has a lot of potential, but he has to keep developing.

“I told Facundo many times: ‘There are not players like you in Uruguay, but if you go to Europe, which attracts the best in the world, there will be many others who are very fast – and stronger than you too. You have potential but it depends on you to improve.’”

Forlan also labelled Pellistri as ‘shy’, expressing a belief that he’ll need to work hard to make the grade at Old Trafford.

“Facundo is shy. He works hard, he trains hard, he’s professional. He speaks English and he went to a good private school,” he said.

“He has many attributes and I explained these to Ole, but fans have to be patient because he’s 18 years old and has much hard work ahead of him.

“He’s at the start of his career. He needs to understand that he has done nothing yet and that he’s not a star.

“He’s arriving at a big club and he’s done well to get to that point, but I’ve been there. It’s hard.

“You need dedication, lots of hard work and some luck too.”