Manchester United boss Ole Gunnar Solskjaer has claimed Paul Pogba has been ‘pestering’ him to take more free-kicks. The France international came off the bench to score in the club’s 3–0 win over Brighton on Wednesday night. And they’ll now be hoping he can improve, having endured a sluggish start to the new season.

Manchester United were too strong for Brighton in their Carabao Cup clash on Wednesday night.

Scott McTominay opened the scoring in the first half of the contest, with Juan Mata and Pogba then both on target.

Pogba’s goal came via a free-kick, with the France international’s shot deflected and soaring past the outstretched arms of Albion goalkeeper Jason Steele.

And, after the match, Solskjaer admitted Pogba had been pestering him to take more free-kicks.

“Paul has been working hard and he has been pestering me to take some of the free-kicks, but of course we’ve had a few others in Bruno and Marcus,” he said. 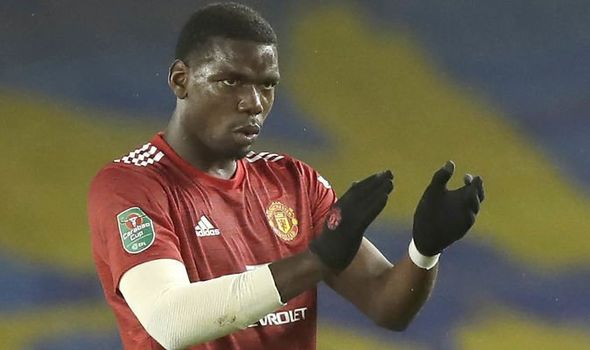 “Paul has been training hard lately on his free-kicks and yesterday I think he fine-tuned his touch.”

Before the match, Solskjaer put Pogba’s lacklustre displays down to a lack of sharpness – with the player contracting the coronavirus earlier in the summer.

He said: “He missed a lot of pre-season because of his illness.

“He’s not had internationals or the friendly against Villa.

“The two 65 minutes he’s had will help him along and he’ll just get better and better.” 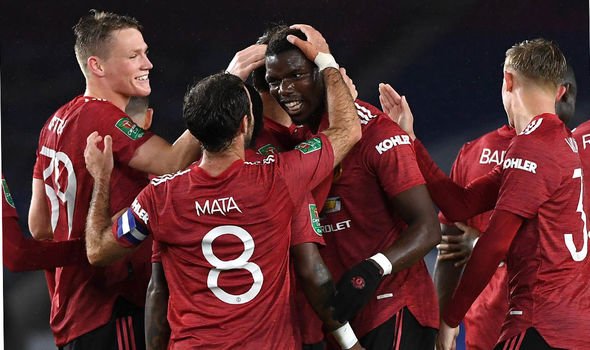 Solskjaer was happy with United’s performance, admitting they recovered from a slow and sluggish start to pick up the win.

“It is never easy coming away against a Premier League team and they put a strong team out as well, and gave us a good game,” said the Norwegian.

“I think the first 20 to 25 minutes was two teams needing a bit of confidence to get into the game.

“The rhythm wasn’t really there and it probably looked like a 0-0 draw and a penalty shootout.

“But then we had some good play. The first opening, Juan made a great run to create the chance for Odion and that could have been a goal. The 1-0 goal as well, it was marvellous work from Juan and a great delivery.”

United are next in action against Tottenham on Sunday.

And they’ll be going up against old boss Jose Mourinho, who spent two-and-a-half years in charge of the club.

Solskjaer and Mourinho have faced off twice so far.

And it was the United manager who got the better of his Spurs counterpart in the same fixture last season, with the Red Devils winning 2-1 at Old Trafford.

The two teams then drew 1-1 in north London, with Bruno Fernandes rescuing a point after Steven Bergwijn had opened the scoring.

MARTIN SAMUEL: The jury is no longer out on Anthony Martial