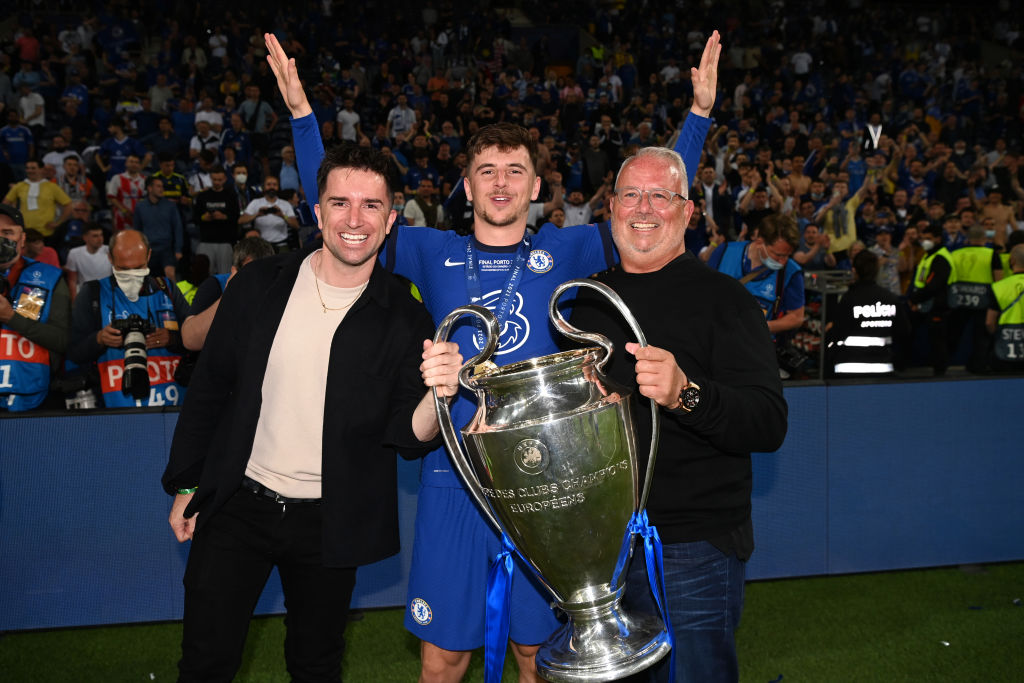 Mason Mount told his dad he would win the Premier League with Chelsea moments after their Champions League triumph.

Mount has enjoyed another impressive season at Stamford Bridge and scored in the semi-final victory over Real Madrid, before making the assist for Kai Havertz’s winner in the final.

The 22-year-old was seen celebrating with his dad and brother on the pitch after Chelsea won the Champions League in Porto, and Mount senior has now revealed the conversation they had immediately after the final.

Tony Mount told The Byline podcast: ‘When we were on the pitch after the game, I grabbed him by his ears I think and I just said, “you’ve won it, you’ve won the Champions League! Can you believe it?”

“It’s unbelievable and that’s why I’m saying, ‘Mason, enjoy this, suck it all in, go and give something back to the fans’.

‘I’ve played in two [previous] finals for Chelsea and we lost them both. It’s all I’ve dreamt of, winning a trophy with Chelsea.

‘To go all the way in the Champions League, we played some tough teams. At this moment in time, we’re the best team in the world. You can’t take that away from us.’

Mount will hope to enjoy more individual and collective success this summer after being named in England’s 26-man squad for Euro 2020.

Spurs Cristian Romero called up for Argentina despite being BANNED