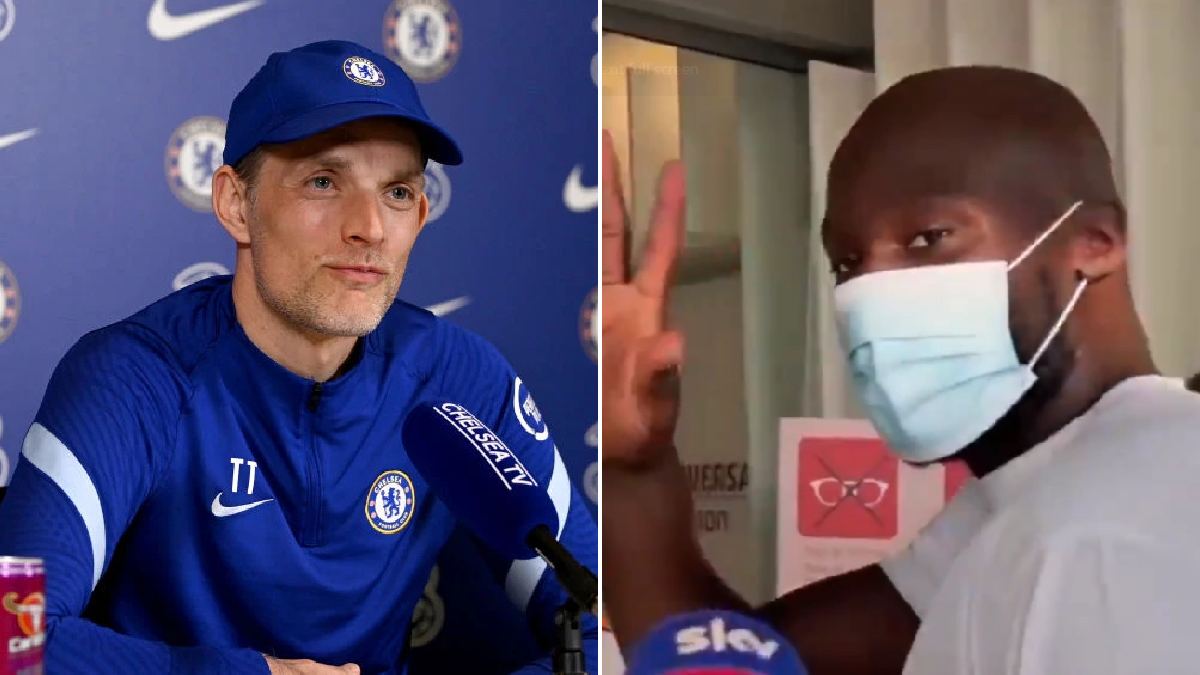 Romelu Lukaku gave a brief message to Inter Milan fans before boarding a plane to London to complete his £97.5m move to Chelsea.

The Belgium striker completed the first part of his medical in Milan over the weekend and is now travelling to London on a private jet to complete his move to Stamford Bridge.

Lukaku struggled during his first spell at Chelsea but returns to west London as one of the best strikers in Europe, having thrived for Inter Milan and also enjoyed spells at Manchester United and Everton since leaving Stamford Bridge in 2014.

Asked whether he had a message for Inter fans as he head into the airport, Lukaku said on Monday evening: ‘Greetings to the Inter fans who wanted me to stay. I’ll send a message in a few days.’