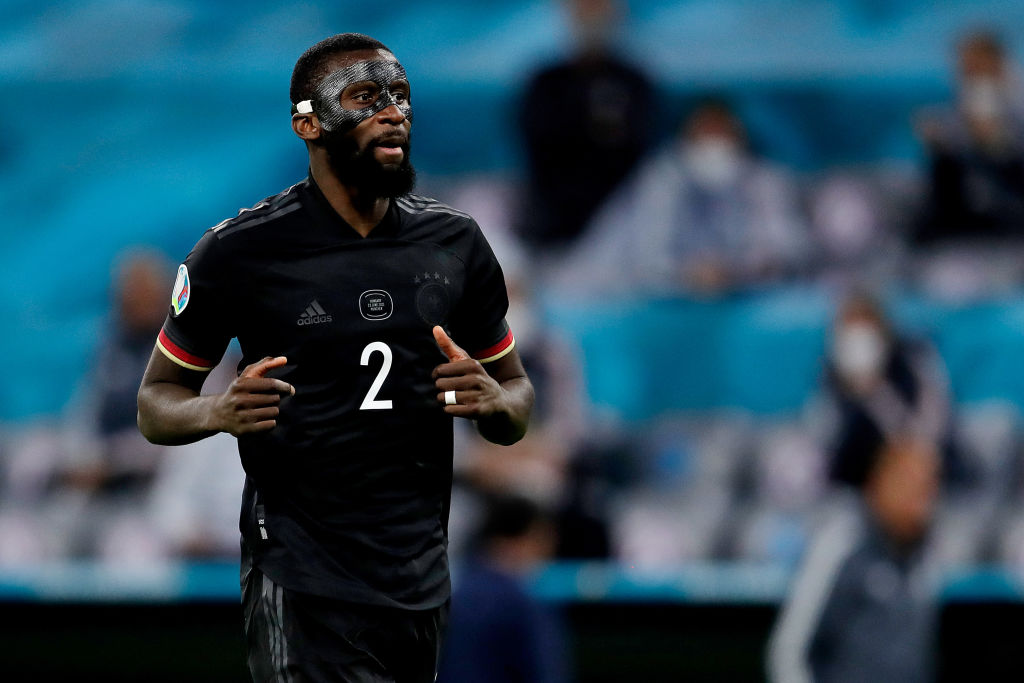 Antonio Rudiger is wearing a face mask for Germany’s Euro 2020 clash with England after suffering an injury at Chelsea earlier this year.

The defender received a blow to the face during Chelsea’s 1-1 draw against Real Madrid in the Champions League in April.

Rudiger wore a protective mask for the remainder of Chelsea’s games until the end of the season.

And the 28-year-old has continued to wear the mask in all of Germany’s Euro 2020 matches so far.

‘It’s still there for protection,’ Rudiger said earlier this month.

‘I’ll have to see what the Chelsea doctors say when I get back to London.’

Germany’s Euro 2020 campaign got off to a poor start after they slipped to a 1-0 defeat to France.

But Joachim Low’s side got back on track with a 4-2 victory over Portugal in their second game in Group F.

In their final group fixture, Germany were on the brink of elimination before Leon Goretzka’s late goal rescued a 2-2 draw against Hungary.

That result secured Germany’s second-placed finish in Group F, which meant they face England, who won group D, in the last-16 clash at Wembley.

Bonetti will be remembered for acrobatic saves and Chelsea legacy