Home » Why Europe’s Super League is happening, and why it’s bad for football

What on earth is happening?

This is a moment that football fans have feared for decades. A European Super League has long been threatened by some of the continent’s most storied clubs, who believe they should be entitled to more of the money and decision-making power in the game because they are the teams people want to watch. 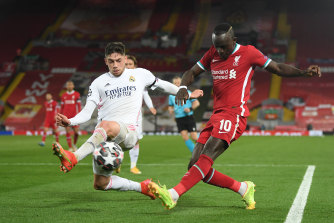 Real Madrid and Liverpool are among the 12 clubs signed up for a proposed European Super League.Credit:Getty

Over time, the UEFA Champions League has evolved to appease them – from the straight knockout tournament once known as the European Cup and open only to the winners of Europe’s domestic leagues, to the round-robin group format introduced in 1991, and to the new 36-team “Swiss model” which was due to be brought in from 2024.

All of these changes made it easier for these big clubs to qualify for the UEFA Champions League – that’s where the big broadcasting money sits, and we’re talking billions upon billions – and for them all to feature in more matches, and thus be entitled to more money.

But more was never going to be enough.

OK, so what actually changed overnight?

Reports first surfaced through The New York Times that the European Super League was about to be announced. Then it happened: “The Super League”, as it will be known, went live with its website, and most of the 12 clubs involved went public with statements of support for the concept.

They are England’s “big six” – Manchester United, Manchester City, Chelsea, Liverpool, Arsenal and Tottenham Hotspur – plus Juventus, AC Milan and Inter from Italy, and Real Madrid, Barcelona and Atletico Madrid from Spain. A further three clubs will join, according to the Super League website, and each season five more will qualify based on domestic achievements, although details about that process have not been released.

Ultimately, it will be a 20-team competition, played midweek, basically supplanting the UEFA Champions League and the domestic leagues those teams all come from in terms of popularity.

Wait, the best teams and players in the world playing against each other every week? What’s not to like?

It sounds like fun, right? Until you consider that so much of the romance of football comes from the way it is organised in Europe. You have to earn the right to reach the UEFA Champions League by finishing in the top few spots on the ladder in your domestic league, and if you have a really bad season at home, you could get relegated. That’s the context that makes success or failure matter so much. 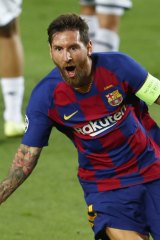 At some point, star players like Lionel Messi (above), Kylian Mbappe or Erling Haaland will have to ask themselves what matters more: money or playing at a World Cup?Credit:AP

By giving 15 clubs a permanent spot in this competition, that tension at the heart of European football is destroyed. It gives those bigger clubs a seat at the top table in perpetuity – even if they happen to sign a bunch of bad players and a bad manager, and through bad planning, have a really bad run in their domestic leagues, which in an ordinary world would mean they would fail to qualify for Europe.

Ring-fencing those bigger clubs, allowing them unfettered access to the huge money available in The Super League, would enable them to stay big forever – effectively killing any chance for another club to reach that top echelon on merit, like Leicester City famously did in 2015-16.

How have fans reacted?

With fury. The overwhelming sentiment is disgust, including from supporters of the clubs lining up to take part – and ex-players like Manchester United legend Gary Neville, who described their actions as “pure greed” and called for them all to be relegated from their respective top divisions. No serious football fan wants this to happen.

So if the fans are against it, why is it happening?

Capitalism and globalisation, essentially. The generational diehards who have followed these clubs across Europe for their entire lives might be fuming. But there are millions of others across the world – in markets like the United States, the Middle East and Asia – who spend their discretionary income on these clubs, not the teams who play in their own country.

We’ve seen it here in Australia as teams like Liverpool and Manchester United come here for off-season tours, sell merchandise and fill stadiums, while the A-League struggles. It’s the reality of modern football, and clearly the 12 clubs who have taken this step have done the sums and believe there will be more than enough people to support this for it to be viable, despite the outcry.

And let’s be real: this has felt inevitable for so long for a reason. People will vent their spleen, draw up petitions, encourage mass boycotts, mourn the loss of tradition, burn their jerseys and rage against the way football has changed to benefit corporate interests. But then, one day soon, Barcelona will be at home to Liverpool in The Super League, and it’ll be hard to switch off in that moment.

So it is happening, right?

It feels that way, but there’s an awful lot to play out. Things are moving quickly, all of it is wrapped up in complicated European football politics, and there’s every chance this is just the latest negotiating tactic from the clubs to achieve a better outcome for them from the mooted UEFA Champions League reforms.

UEFA and FIFA have already come out against the proposal, as has the Premier League and many other competitions. FIFA has an extremely powerful card to play, too – they could threaten any players who take part in this competition with bans from international football. At some point, the likes of Lionel Messi, Kylian Mbappe or Erling Haaland will have to ask themselves which matters more: money or playing at a World Cup?

Again, that sounds like an easy decision, but if it was that simple, we wouldn’t be here in the first place. Remember: next year’s World Cup in Qatar was borne from corruption and the deaths of thousands of immigrant workers who have built all the glitzy new stadiums.

We’re all going to watch, though, aren’t we?