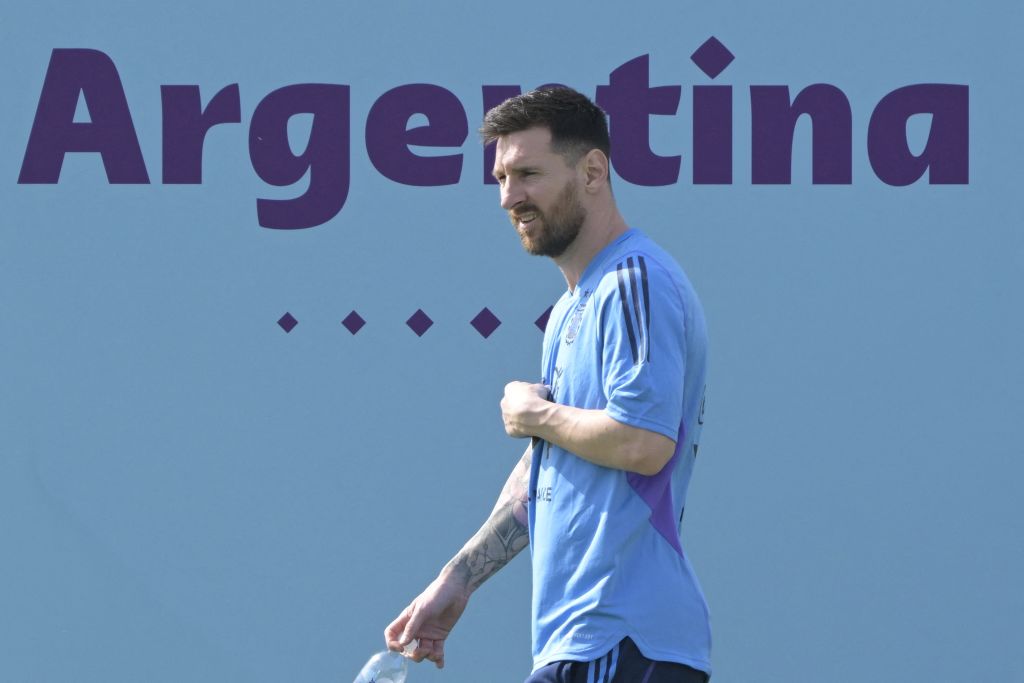 Lionel Messi did not take part in training with the rest of the Argentina squad on Thursday, but there is nothing to fear with the 35-year-old doing an indoors recovery session with the players who started Tuesday’s semi-final win over Croatia.

Hundreds of photographers turned up at Argentina’s training base at Qatar University as around 13 players were put through their paces in the balmy evening heat in Doha.

But Messi was not among them, nor did he join the six starters who watched the session from the sidelines, sparking concerns that he might be nursing a thigh injury after clutching his left hamstring throughout the match against Croatia.

But, according to Argentine newspaper Clarin, the seven-time Ballon d’Or winner has no injury issues ahead of Sunday’s final and his left hamstring is fine.

Along with the rest of Tuesday’s starting XI – as well as Papu Gomez and Lautaro Martinez – Messi was inside doing recovery work in the gym, with the whole squad having been given Wednesday off.

Messi is expected to be back on the training pitches doing ball work on Friday and Argentina have no concerns over his participation in Sunday’s showpiece at the Lusail Stadium.

As things stand, Gomez is Argentina’s only injury doubt after he rolled his ankle against Australia in the last 16, while Angel Di Maria has declared himself fit enough to start.

That gives manager Lionel Scaloni a host of options to choose from for the match, either sticking with the XI that beat Croatia (in a 4-4-2 shape with Leandro Paredes in midfield), switching to a 5-3-2 (with Lisandro Martinez starting) or going to 4-3-3 with Angel Di Maria on the right wing.

Marcos Acuna was suspended for Tuesday’s semi-final but took part in training on Thursday and is expected to come back into the starting XI in place of Nicolas Tagliafico.

Thursday’s session also saw Sergio Aguero link up with the squad, and he was joined in the dugout by six starters to watch the rest of the team train: Tagliafico, Nahuel Molina, Cristian Romero, Paredes, Nicolas Otamendi and Julian Alvarez.

Aguero – who was part of the Copa America-winning squad before a heart problem forced him to retire – has been playing the role of cheerleader during the World Cup and took part in a BBQ with the squad on their day off.

Spirits are said to be extremely high in the camp at present and were boosted even more when Giovani Lo Celso – who missed the tournament through injury – also touched down in Qatar to join up with his team-mates.

France, meanwhile, have been hit by a cold virus running through their squad, but both Adrien Rabiot and Dayot Upamecano – who missed Wednesday’s win over Morocco and were forced to isolate – returned to training on Thursday.