Jadon Sancho is reportedly “very open” to the possibility of signing for Manchester United in the transfer window after Marcus Rashford came out and admitted his desire to work with his countryman. It’s been clear for some time now that United have made Sancho their No 1 priority heading into the summer transfer window.

The Red Devils had little hope of persuading Borussia Dortmund to sell up in January, but it’s looking increasingly likely the German club will at least entertain offers come the end of the season.

Chelsea and Liverpool have also been touted as possible destinations, while European giants Real Madrid and Bayern Munich have been linked with big-money moves.

The current climate though, with football being suspended due to the coronavirus, could have an adverse affect on the market.

The Athletic quote one agent as saying this summer will be more favoured towards a a buyers’ market with a number of bargains possibly available. 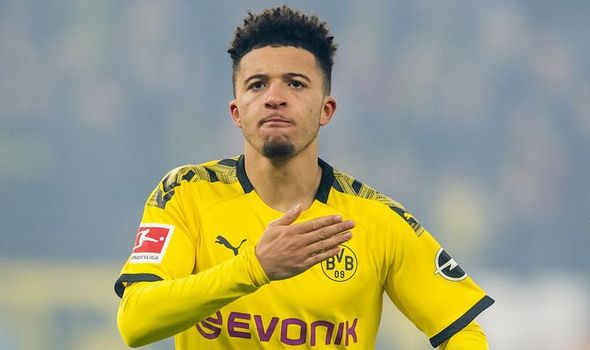 Part of that is due to the financial implications from football around Europe being suspended due to the coronavirus outbreak.

A number of clubs in England have furloughed their non-playing staff, making it unlikely they will fork out huge sums of money on a big transfer come the summer.

However, it is pointed out that United are in a strong position financially, giving them an edge over their rivals.

A summer bid for Sancho seems inevitable but Dortmund chief executive Hans-Joachim Watzke insists there will no be bargaining on a deal for the England international.

“Hopefully we can all play together, that would be good,” Rashford said on Bleacher Report Instagram Live.

“He plays off the cuff, he’s creative and imaginative, these are the things you need to be world class.”

And The Athletic claim Sancho feels the same, stating he would be happy to return to Manchester. 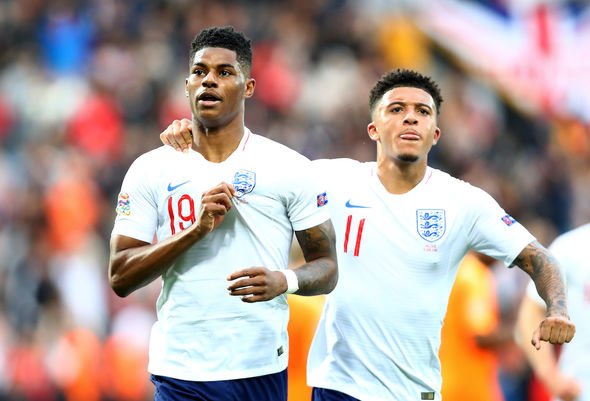 It is suggested part of the main appeal on a move to United is that he will be close to the friends he made during his time as a youth player for Manchester City.

Liverpool and Chelsea meanwhile are both said to be out of the running should United meet Dortmund’s valuation.

Multiple reports have suggested United will need to stump up close to £100million to bring Sancho back to England.

Sancho has been a revelation since deciding to leave the City youth set-up to join Dortmund.

Since joining, Sancho has established himself as one of Europe’s most exciting prospects with a bright future ahead of him at 20 years of age.