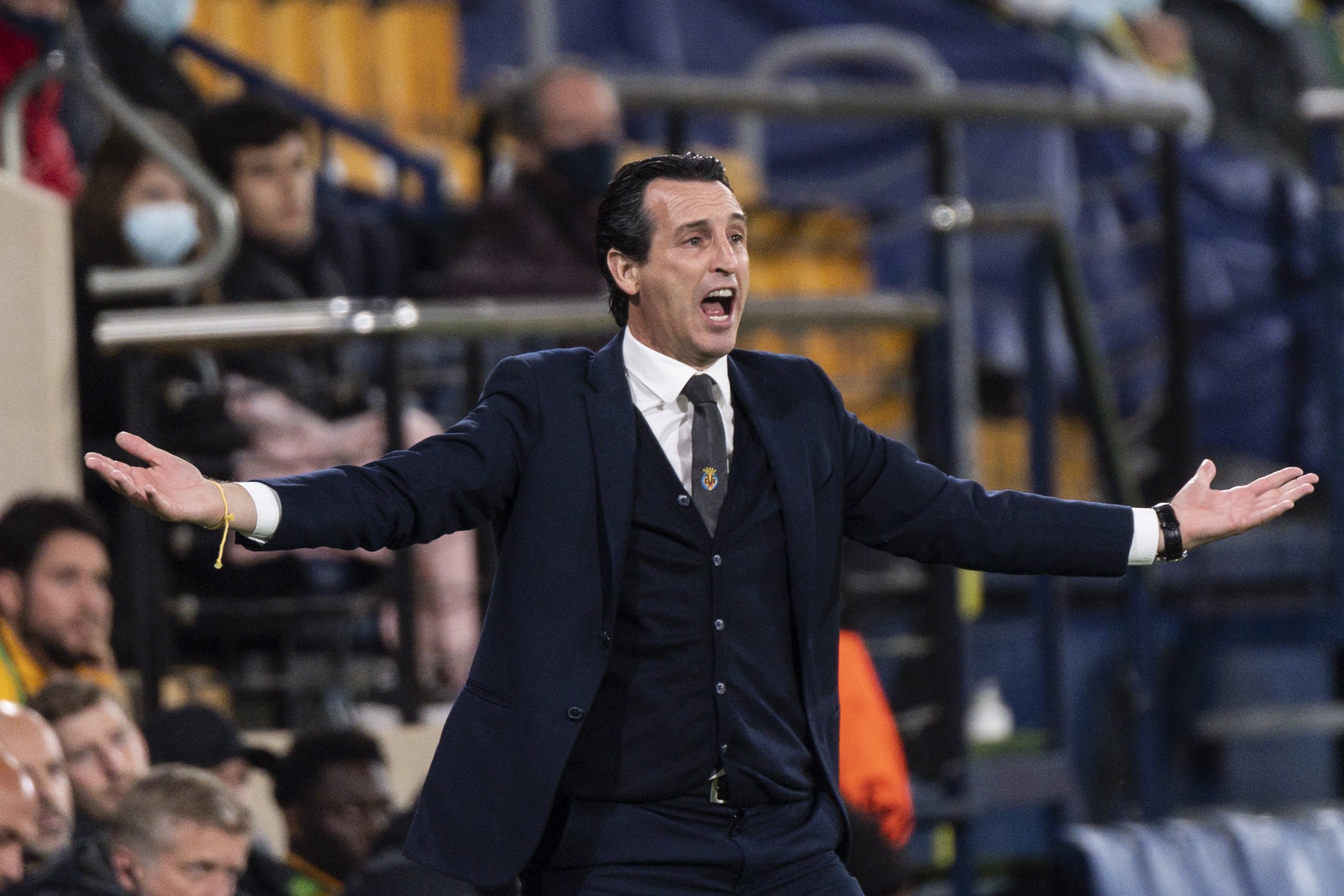 Unai Emery is set to reject Newcastle’s advances and remain at Villarreal, according to reports.

Following the sacking of Steve Bruce last month, the Premier League club’s new mega-rich owners had embarked on an extensive search to hire a manager capable of staving off the threat of relegation.

Former Arsenal manager Emery emerged as Newcastle’s No.1 target earlier this week and contact had been made with the 50-year-old who has rebuilt his reputation since returning to Spain and guided his side to a win over Young Boys last night that enhances the Yellow Submarines chances of qualifying for the knockout stages of the Champions League.

According to the BBC, however, Emery is set to remain with Villarreal amid uncertainty over the immediate vision the Saudi Arabia-backed consortium has for the ailing north east club.

Spanish football expert Guillem Balague told the BBC: ‘Emery felt a huge pressure on the day of their match [a 2-0 win over Young Boys in the Champions League on Tuesday].

‘And then there was the lack of a clear vision from the club. If you want him, do you approach him in such a rushed way, without an official offer and with it coming out from the English side that it is all practically done?

‘I don’t see this move happening now this season. Maybe next year when the club’s structure is clearer and the vision more defined.’

Emery, meanwhile, is said to have met with Villarreal’s owners on Tuesday, the Roig family, who urged him to stay, while his players are also reported to have followed suit.

His family, too, are understood to have warned him against making a return to England where his 18-month spell at Arsenal following Arsene Wenger’s departure ended in acrimony.

Speaking after last night’s game, Emery remained coy on his future, saying: ‘We play against Getafe on Sunday, this victory will help us,’ Emery said after Villarreal’s win this evening.

‘There has been an interest from Newcastle, that is all. No offer yet, which will have to be to me and to the club. There is nothing else. Before saying yes or no, I will talk to club.

‘I have not said ‘no’ to Newcastle. If this gets confirmed I will talk to Villarreal directors about it. I can’t add anything else. I am thankful to Villarreal.

‘I have spoken to Fernando Roig and told him that there is interest, but no offer yet. I expect to be at Villarreal next game.’