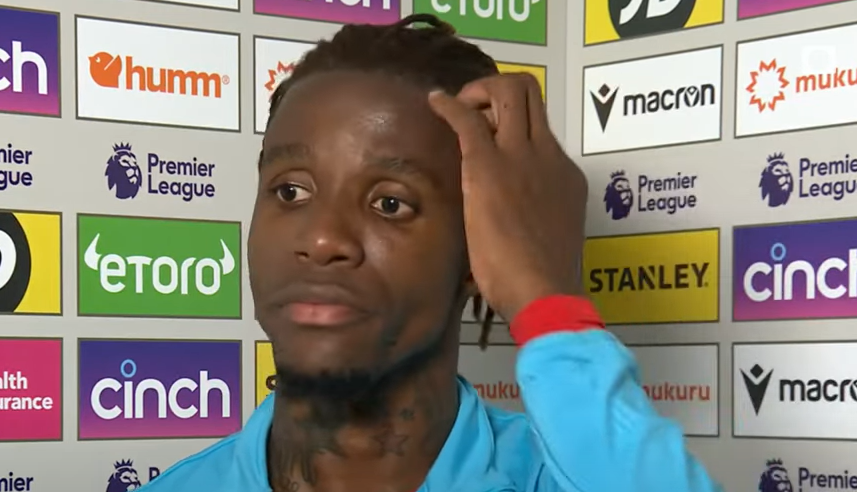 Wilfried Zaha insists his focus hasn’t been negatively impacted by renewed speculation that Arsenal and Chelsea are readying bids for him ahead of transfer deadline day.

The Ivory Coast international has begun the new season in sensational form, scoring four goals in as many games, including a stunning effort in last night’s 1-1 draw against Brentford.

Arsenal have been linked with the 29-year-old on many occasions in the past and the former Manchester United winger would have moved to the Emirates in the summer of 2019 had Unai Emery not been overruled.

Mikel Arteta’s predecessor wanted to sign Zaha after watching him destroy Arsenal’s top four hopes with a sensational individual display in a 3-2 Palace victory at the Emirates, but the club’s board at the time opted to spend £72million on Nicolas Pepe instead.

Zaha’s international teammate struggled to live up to his billing over the course of three erratic years in north London and last week joined Nice on a season long loan deal.

Pepe’s departure has intensified Arsenal’s search for a new winger and with a deal for Pedro Neto looking increasingly unlikely, Zaha has again been mooted as a possible target.

Chelsea, similarly, are looking to strengthen a forward line that again lacked potency during last night’s disappointing defeat at Southampton during which Hakim Ziyech and late substitute Christian Pulisic looked particularly out of sorts.

‘I feel like our problem right now that in due time we’ll fix is just last minute goals it just throws away the whole performance.

‘Today was by far not a best performance but a game like that I feel we should be getting all three points.’