With Memphis Depay’s move to Barcelona finally confirmed, Dutch coach Frank de Boer has called on his star forward to improve his form at the Euros… so, will his ‘dream’ transfer boost Holland’s chances of glory this summer?

Transfer talk in a tournament – it’s inevitable, but far from ideal for managers and squads this summer.

Yet for Holland, the long-running speculation over Memphis Depay’s future was, finally, put to bed over the weekend, as his move to Barcelona on a free transfer from Lyon was confirmed.

Depay, in a post on Twitter, described it as a ‘dream’ after he earned himself another crack at a European heavyweight following his failed spell at Manchester United. 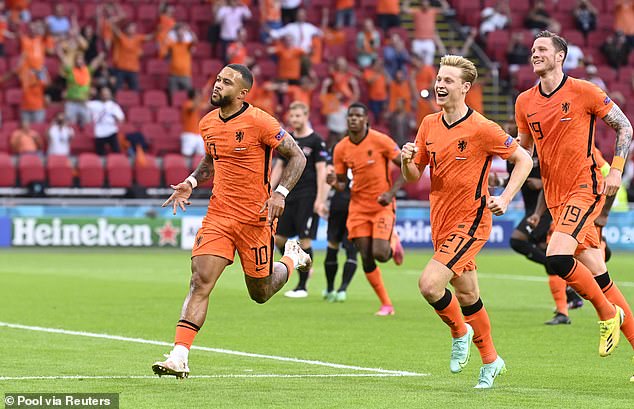 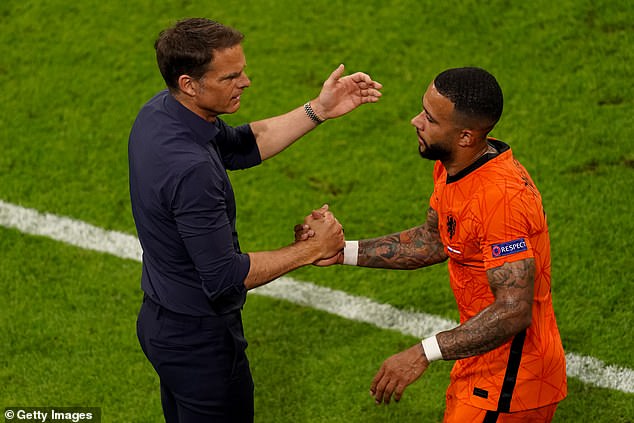 You wonder too if Holland boss Frank de Boer is equally as pleased, with all the noise and rumours now no longer a concern.

Speaking about it on Sunday, it certainly seemed that way.

‘Yes, it is a relief that he can concentrate [following the transfer news] as it can take part of your ideas in your head – the distraction of the transfer to Barcelona,’ he said.

‘So it might give him something extra to perform at the highest level.’

Despite scoring and playing a leading role in the 2-0 victory against Austria on Thursday, Depay has received criticism in his homeland for his performances so far.

He missed a glaring opportunity in the narrow opening win against Ukraine last week – and all it takes is a sideshow of a transfer for people to question someone’s focus. 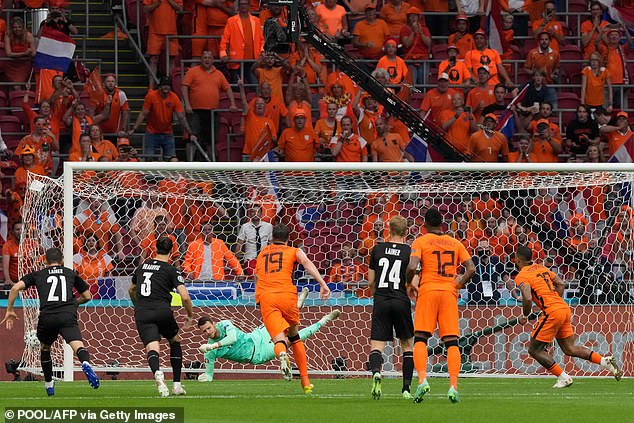 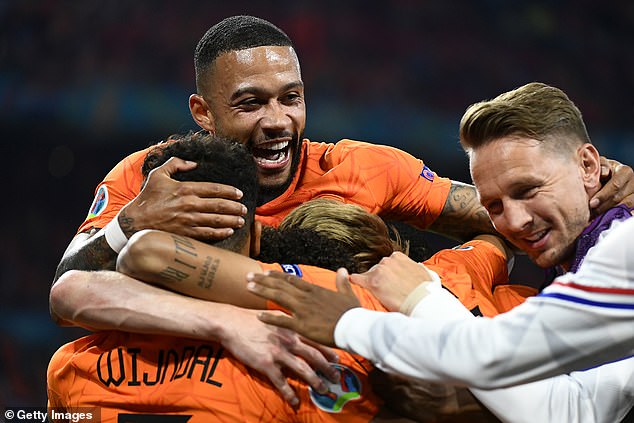 De Boer was keen to emphasise that his star forward most certainly has room for improvement: ‘In [some] eyes maybe he has performed a little bit less than he could have but he also scored a penalty, [and contributed in other ways], so we are content with him,’

‘But we need Memphis at his best level to help us to reach as far as possible in the tournament. We are full of confidence that he can. As I said: he is a confident player, he knows what he wants.

‘That’s the reason why he is a special player for us.’

Depay has scored 27 goals in 66 international appearances and has come off the back of a 22-goal season with Lyon.

A special player? The stats would back that up. But more than that, he’s perhaps the Holland’s most important player, in a position where they’re not blessed with an abundance of strength in depth. 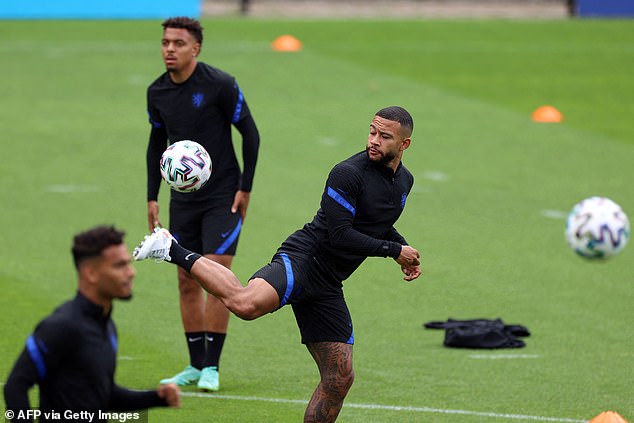 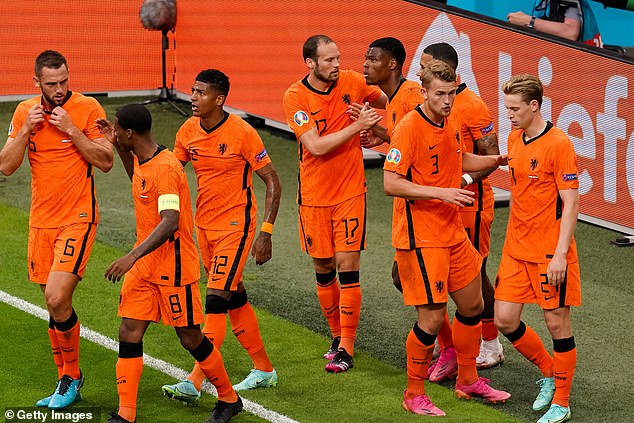 Wolfsburg striker Wout Weghorst has been Depay’s strike partner so far and the pair have linked up well.

But, with something of a kind group-stage draw and a potentially decent route in the knockout-stages, De Boer knows that he needs Depay firing on all cylinders come the last-16.

Ahead of their third match against North Macedonia, Holland are already assured of top spot in Group C.

They will play a third-placed team in Budapest next week, meaning changes are likely this afternoon. Could Depay be rested? It’s a distinct possibility. 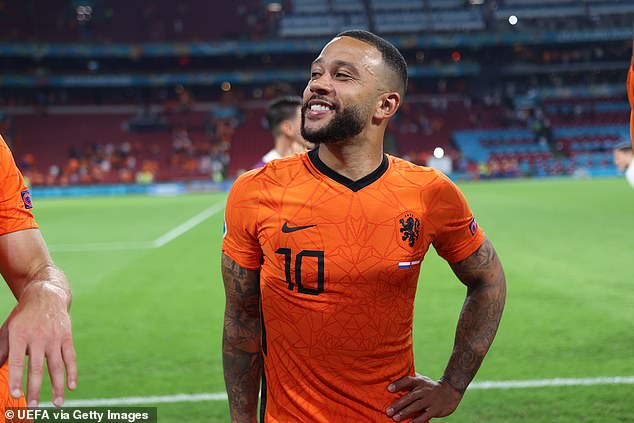 Depay has received criticism but could his form now change with his ‘dream’ transfer secured?

But, with the move of his life now complete, surely De Boer would be wise playing his star man and boosting his confidence?

One top-notch performance and Depay’s form will come to the fore, just in time for the most important phase of the tournament.

Watch out for the Dutch – their main distraction, for their main man, has now been put behind them.