Home » Will Harry Kane risk his ankle and the Euros for a trophy shot?

Will Harry Kane risk his ankle and the European Championships for a trophy shot? It’s D-Day as the striker waits on his scan results ahead of Tottenham’s EFL Cup final against Manchester City

Harry Kane faces a potentially career-defining dilemma next weekend as he waits on scans of his ankle injury sustained on Friday night with the Carabao Cup final against Manchester City looming next Sunday.

With Spurs not having won a trophy since 2008, Kane will be desperate to play against City to have a chance of winning his first major honour.

But with former England physio Gary Lewin, writing in The Mail on Sunday, suggesting that even relatively minor ligament damage from turning your ankle would take two to three weeks to recover, Kane faces an agonising dilemma as to whether to take part in a game which might save Tottenham’s indifferent season. 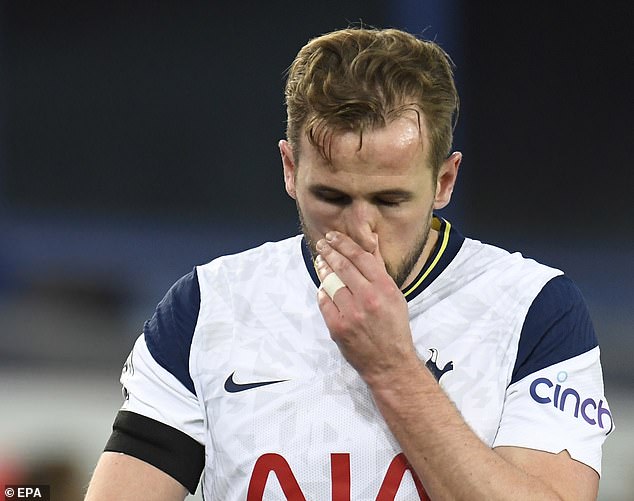 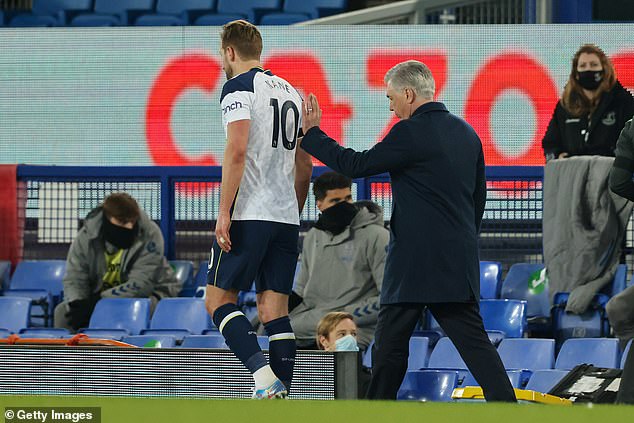 Against that, he has the prospect of leading the line as England captain in the delayed European Championship this summer and would risk jeopardising what could be the seminal tournament of his career if he rushed back.

Manager Jose Mourinho will naturally want Kane back to give him the best chance of winning a trophy at the club.

Victory would at least be a vindication of a troubled management spell at Spurs, with the club looking likely to miss out on Champions League qualification for a second successive season. 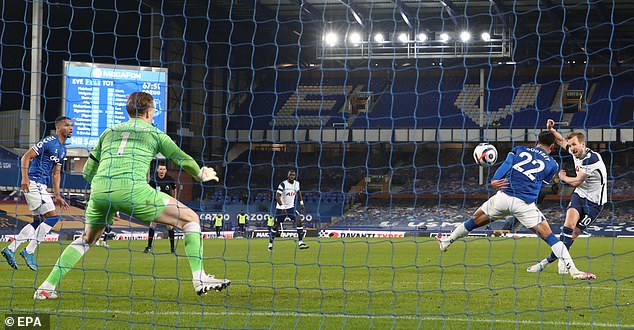 Kane had scored two fine goals in Friday’s Premier League fixture, which finished as a 2-2 draw

Spurs are hopeful that Kane will recover but the prognosis is too close to call as the club wait for the swelling to decrease, study initial scan results and look to proceed with further scans today.

Kane will be determined to play but will recall the 2019 Champions League final, when he declared himself fit to play after seven weeks out, also with an ankle injury, but failed to make an impact and looked laboured and well short of his best.

As well as needing to be mindful of the Euros, Kane will also have to protect himself from potential long-term damage, having hinted he would at least consider a move away from Tottenham this summer if they failed to make the Champions League.

Asked about his future last month, Kane said: ‘That’s a hard question to answer right now. It’s important that all my focus is on the two England games coming up now, the rest of the season with Spurs and then the Euros.

‘To be thinking about speculation or rumours would be damaging in terms of my own performance. I always like to be focused on one goal and one job and that’s to finish strong with Spurs, win these qualifiers with England and hopefully go on and have a great Euros.

‘I try to stay out of that speculation as much as possible. I’m fully focused on doing the job on the pitch from now until the end of the summer and then we’ll see where we go from there.’