Southampton starlet Will Smallbone has signed a new four-year contract.

Midfielder Smallbone, 20, who has made his breakthrough this season, has followed manager Ralph Hasenhuttl and striker Shane Long in committing his future to the St Mary’s club. 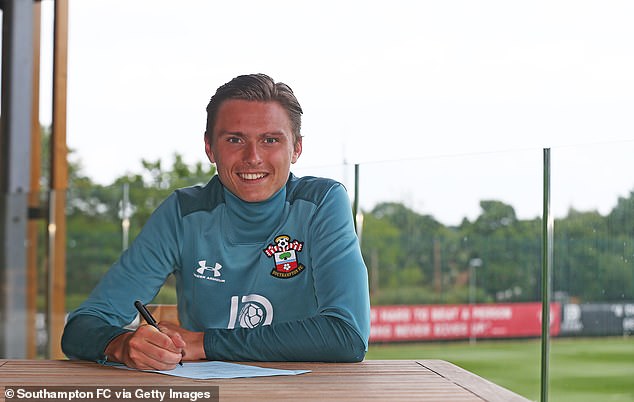 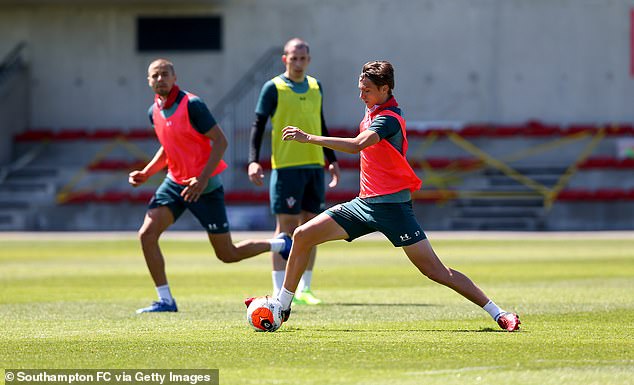 Ireland international Smallbone is one of the latest highly-rated prospects to roll off the Southampton academy conveyor belt. He joined Southampton aged eight and grew up supporting the club.

He said: ‘I’ve been at the club for a long time now, so to commit my long-term future, for another four years, is very special for me.

‘To see the manager sign a new contract was big for me too. He’s given me a chance this season to, firstly, be in and around training with the squad and then actually give me my chance in the games to play and show what I could do, so that’s a big factor in me committing as well.’

Smallbone made his first-team debut against Huddersfield in the FA Cup third round in January, marking the occasion with a goal in a 2-0 win. 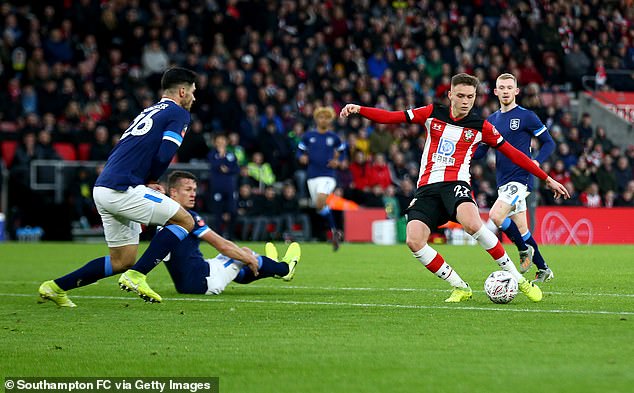 He went on to become a regular in Hasenhuttl’s matchday squad and started both of Southampton’s league games against Aston Villa, his league debut, and West Ham before the season was suspended due to the coronavirus pandemic.

Hasenhuttl said: ‘Will is a young man who is part of the future of this football club. He has made some big steps this season, and he is someone who has a lot of potential to continue to grow as a player.

‘This is the right place for him to continue to do this. He has shown in our training sessions and under pressure in matches that he can play, and he is also someone who understands our philosophy as a team and a club.

‘He knows where and how he needs to improve his game, and I think that, together, we can develop him a lot in these next few years.’