Arsenal defender William Saliba was one of the stand-out performers during the Gunners’ 3-0 win away to Brentford on Sunday, but even his coach Mikel Arteta was surprised with his performance. The Frenchman scored the opening goal of the game as he darted to the near post and headed a corner past Bees goalkeeper David Raya.

He looked imperious at the back, denying recent England call-up Ivan Toney and Bryan Mbuemo any serious chances on goal, and carried the ball well. In the second half he took a chance in possession as he moved the ball away from Toney in his own half, which led to Fabio Vieira’s long-range strike.

Saliba performed so well that it even shocked Arteta, who revealed that the 21-year-old had not trained for over a week in the build-up to the game. “He was superb,” Arteta said. “He hasn’t trained for ten days because he had some discomfort, but he comes in and competes like that. Not only the goal and his defending but he does the ugly part of the game that people won’t recognise. He deserves credit.

“I’m really pleased [with] the way we played. The performance how we controlled certain areas of the game that are very much needed if you want to dominate the game against Brentford and obviously really pleased to win the match and go top of the league into the break.” 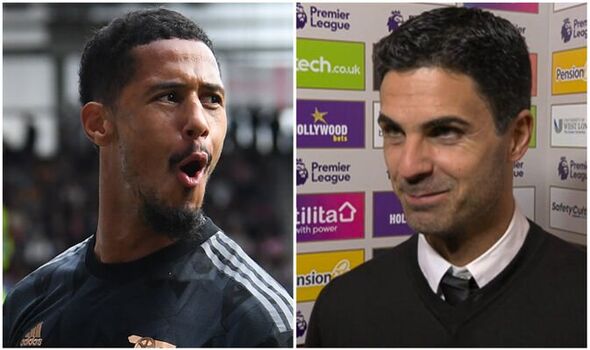 Saliba’s goal set Arsenal on their way to their sixth win in seven Premier League games, which takes them top of the table heading into the international break. The centre-back has been called up to the France squad and has admitted he is aiming to play at the World Cup this winter.

“My dream is to play at the World Cup with my country,” Saliba told Sky Sports. “I hope I will be in the team at the World Cup.” Saliba’s performances will have pleased Arteta, who played a big part in the France international staying at the club after several loans back to his home country. 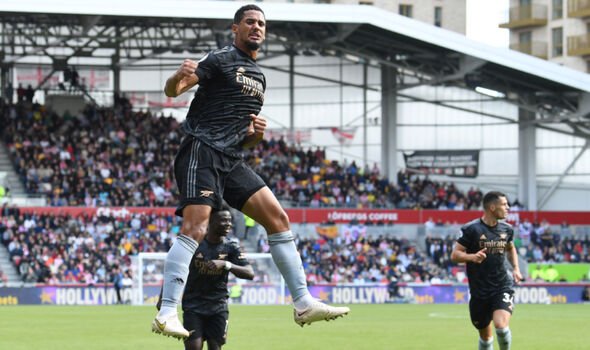 “We spoke a bit at the beginning of the season,” Saliba told Canal Plus. “He was happy with what I did whilst on loan. He’s a very good coach, who really knows what he’s doing. He is clear in everything that he says.

“He has helped me integrate quickly into this system of play. Every day he gives advice to be better on the pitch. I came back here [to Arsenal] to impose myself and it’s nice to start well, as I have.

“We have had a very good start to the season until the match at Manchester [United]. We [were] first and we want to continue like that.”