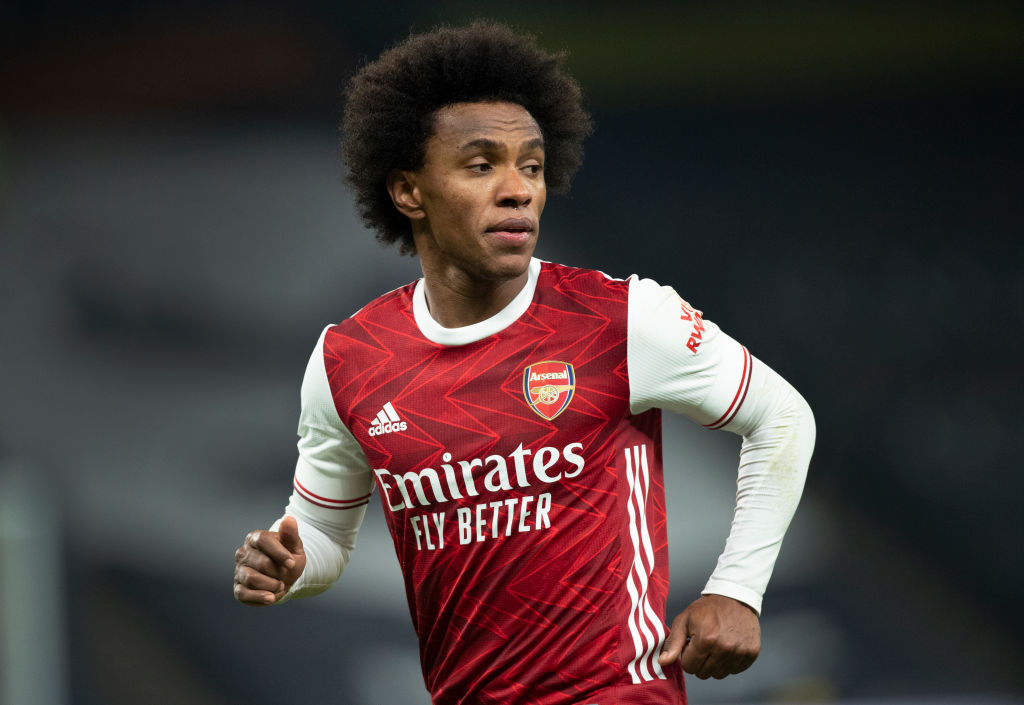 Metro.co.uk understands that the 33-year-old is considering a move back to Brazil but would rather stay in Europe if possible as his Arsenal career looks set to be over after just one season at the club.

Willian, who moved to the Gunners from Chelsea last summer, has fallen out of favour under Mikel Arteta and has been told he can leave the club.

He has recently tested positive for COVID-19 and missed the weekend’s 2-0 loss to Chelsea as he remained in isolation.

There were reports earlier this window that Saudi Arabian side Al-Ahli wanted to sign the winger but sources close to the player told Metro.co.uk that there was never an offer.

Willian is reportedly one of the highest paid players at the club, with his weekly wage reportedly well in excess of £100,000 a week and therefore causing a stumbling block for those trying to sign him.

The Gunners are attempting to trim their squad this summer after making five additions worth over £120m already this summer.

Eddie Nketiah, Pierre-Emerick Aubameyang, Hector Bellerin, Sead Kolasinac and Lucas Torreira are among those that Arsenal would be willing to sell during this window if the right offer came in.

Torreira is close to a season-long move to Fiorentina after being told by Arsenal boss Mikel Arteta that he would be not part of his plans this season.

Meanwhile, Crystal Palace, Brighton and an unnamed Bundesliga club are interested in Nketiah, but no one has met Arsenal’s £20m valuation as of yet.

Henderson stat that should have De Gea worried about Man Utd No.1 spot