Wolves boss Bruno Lage says he is not looking at the Premier League table and has stressed the ‘real challenge starts now’ for his in-form side.

Having recorded a fifth win in seven games with last weekend’s 1-0 home victory over West Ham, Lage’s men are currently sixth in the table, four points behind the fourth-placed Hammers.

Asked at his press conference ahead of Saturday’s trip to Norwich if Wolves could dare to dream of a push for Champions League football, Lage said: ‘Really, no. 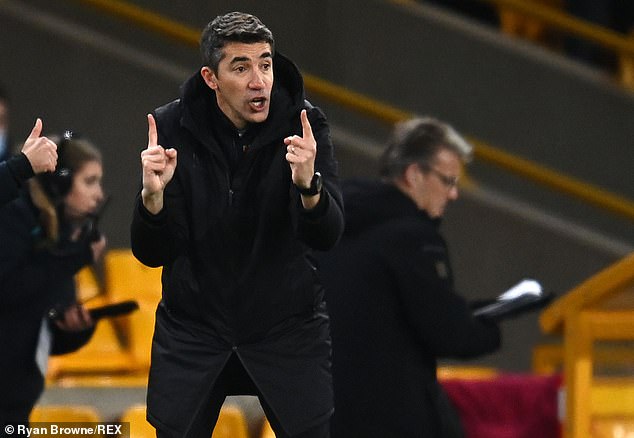 ‘I talked with the players when I was preparing the game today and I said I think the most important thing is to understand the pathway, what we did in the last months, to arrive here – not in the position, because I didn’t look at the table, just what we did in our performance.

‘If I didn’t look at the table at the beginning, after three games, (when Wolves had) no points, I will not look now and I don’t give real importance (to it).

‘I think what’s important to understand, especially for the players, is the hard work they are doing, and also for our fans, to try to understand what we are doing here, the little things we change that can give us good things for the future. 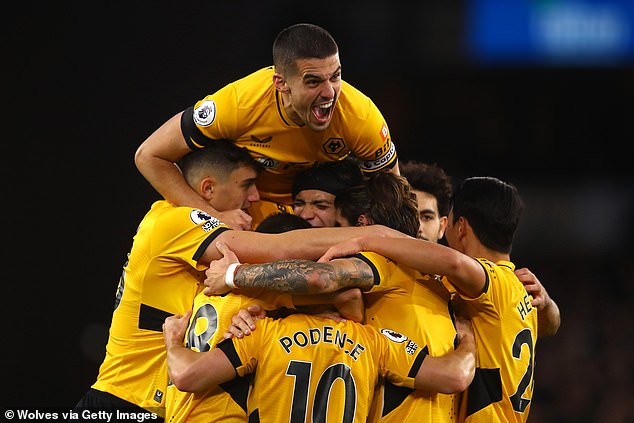 Wolves are in fine form and sit sixth in the Premier League, just four points off fourth place

‘And for me, I think the real challenge starts now – not just for the team, for the squad.

‘Because I think we are going to play eight, nine games in five weeks, and we are working with 16 players plus two goalkeepers.

‘I need everyone fit, I need everyone ready. I just have three centre-backs, 16 players is a short squad. We need to be aware of bookings, injury problems, and also Covid.

‘So I’m not looking at Champions League. What I’m looking at is the next game and the 16 players we have can be fit to prepare the best way.’ 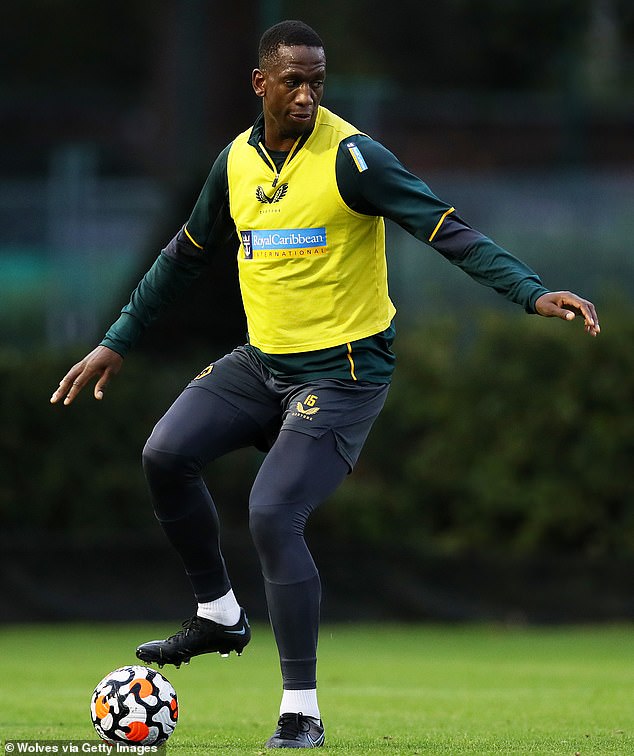 ‘He has a little problem,’ the Portuguese said of the Ivory Coast international.

‘Sometimes when he goes to the national team, he comes with some problems. Last international break he was sick, now he is injured, a muscular problem.

‘That’s not not good for him, it’s not good for us, because since the first day (after Lage was appointed as Wolves boss in the summer) we haven’t had the best Boly with us, and we need it, because we just have three centre-backs. 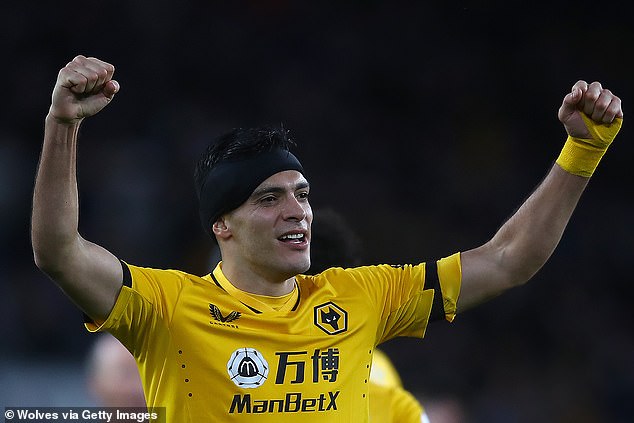 The winner in the West Ham game was scored by Raul Jimenez, his third Wolves goal since returning to action at the start of the season following a career-threatening fractured skull suffered in November 2020.

Asked if Jimenez was now back to his best, Lage said: ‘Yes, because…I think one (thing) is the mentality he has. I saw that since the first day. I saw Raul working very hard to return to the player he was before he was injured.

‘That’s why I’m very happy for him and the moment, after one year, he scored that goal, he gave us three points with a good performance. So very happy, and I think, like I said after the game, he deserves this moment. But he knows football – you need to continue, to continue to score goals and help us to do good performances.’

Wolves take on a 19th-placed Norwich outfit who have won each of their last two games, the most recent of which – a 2-1 win over Southampton – was their first match since replacing boss Daniel Farke with Dean Smith.