Wolves looking into signing Diego Costa on a free transfer as cover for Raul Jimenez after the Spanish striker was let go from his £270,000-a-week contract at Atletico Madrid

The Spanish striker was let go by Atleti on Tuesday after asking the club to tear up his £270,000-a-week contract due to ‘personal reasons’.

Costa can now sign for a club for no transfer fee during the January transfer window with Wolves’ Premier League rivals Arsenal also linked with the forward. 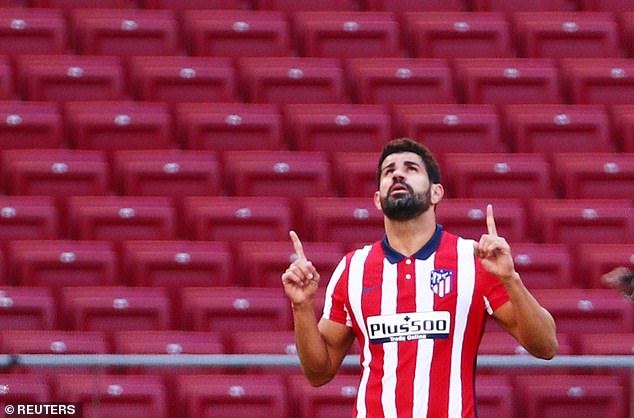 Wolves are looking into a move for free agent Diego Costa (above), according to reports 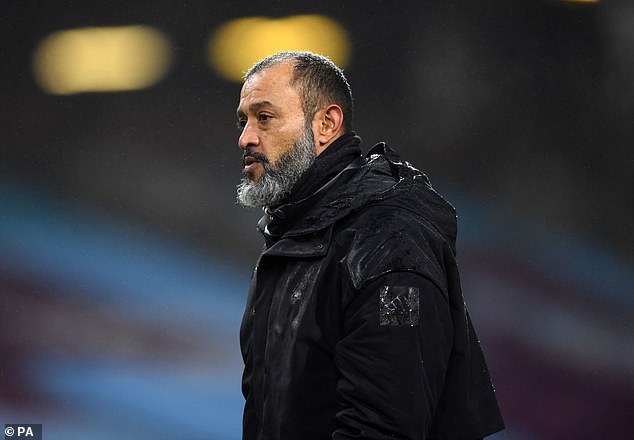 And Wolves could move in for the 32-year-old as the Midlands club look for a replacement for Raul Jimenez who is currently ruled out with a fractured skull.

Nuno Espirito Santo’s side are in need of more firepower up front with Jimenez ruled out for most of this season after he collided heads with Arsenal’s David Luiz in a serious incident at the end of November.

Wolves currently have 18-year-old Fabio Silva as their main striking option but the teenager has scored just once since stepping into Jimenez’s shoes. 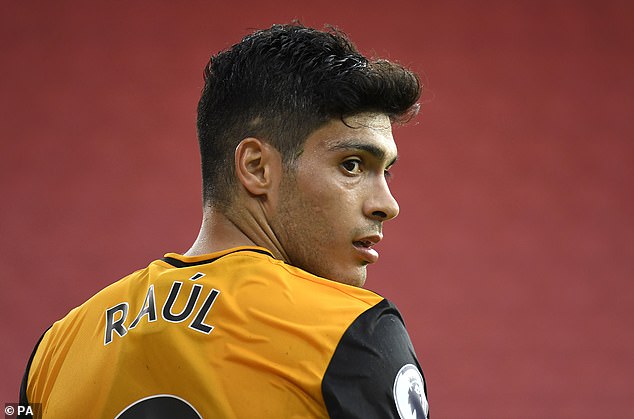 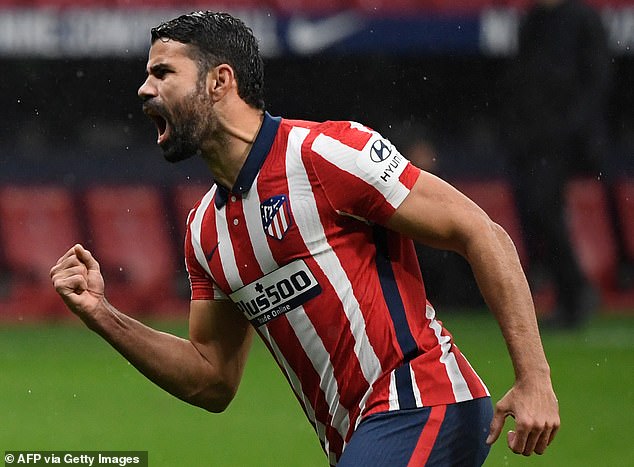 Costa (above) was let go from his £270,000-a-week contract at Atletico Madrid on Tuesday

Santo’s side have also failed to score in three of their six league games since Jimenez’s injury and the Portuguese coach is likely to turn to the January transfer window for reinforcements.

Brazilian veteran Hulk and Venezuelan striker Salomon Rondon have also been touted as potential and affordable options in the transfer market which begins on Friday. 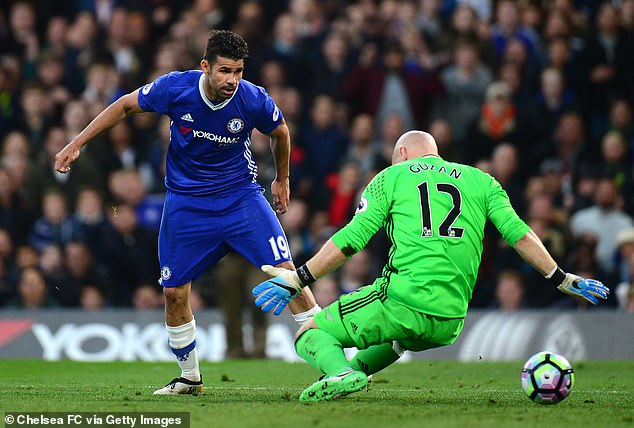 The striker helped Diego Simeone’s Atleti win LaLiga and reach the Champions League final in 2014 before moving to Stamford Bridge later that year for £32million.

Costa won the Premier League in his first and last seasons at Chelsea under Jose Mourinho and Antonio Conte respectively, finishing as the Blues’ top scorer in each of those campaigns.

His overall Chelsea record stood at 59 goals in 120 games before sealing a return to Atleti at the start of the 2017-18 season. Costa, who was born in Brazil, also has ten goals in 24 international appearances for Spain.