The Manchester United striker swept home the equaliser from close range in the 79th minute as the hosts cancelled out Sam Kerr’s 25th-minute strike to earn a 1-1 draw.

The visitors, who introduced new signing Pernille Harder for the final 10 minutes, continued to press and almost grabbed the winner when Erin Cuthbert had a shot blocked.

But Casey Stoney’s side held out under the strong late pressure and ultimately proved good value for their point.

Jill Roord scored a hat-trick as Arsenal kicked off their campaign with a 6-1 thrashing of Reading.

Goals from Kim Little and Vivianne Miedema put the hosts in control before Roord opened her account to make it 3-0 at the break.

Two more strikes from Roord sandwiched Miedema’s second, which crashed in off the underside of the bar, before Danielle Carter scored a late consolation for Reading. 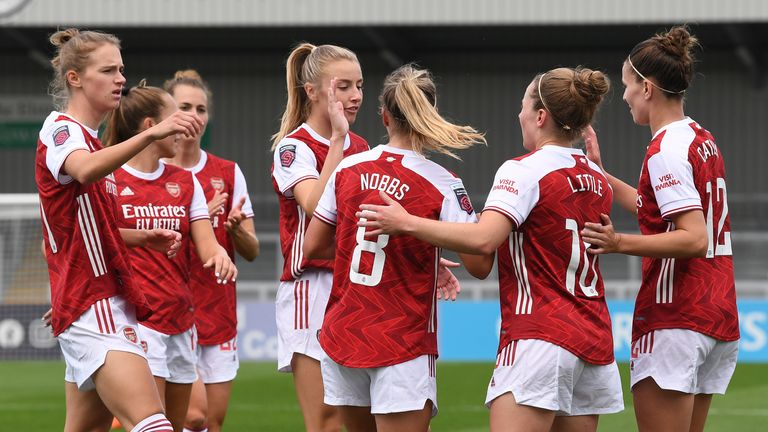 Adriana Leon fired a superb equaliser as West Ham kicked off their campaign with a 1-1 draw at Tottenham.

Kit Graham hit the crossbar twice as Spurs dominated the first half then grabbed a 53rd-minute lead through a Grace Fisk own goal.

But the new-look Hammers pulled level four minutes later when Canadian international Leon cut in from the left wing and drilled her shot into the top right corner. 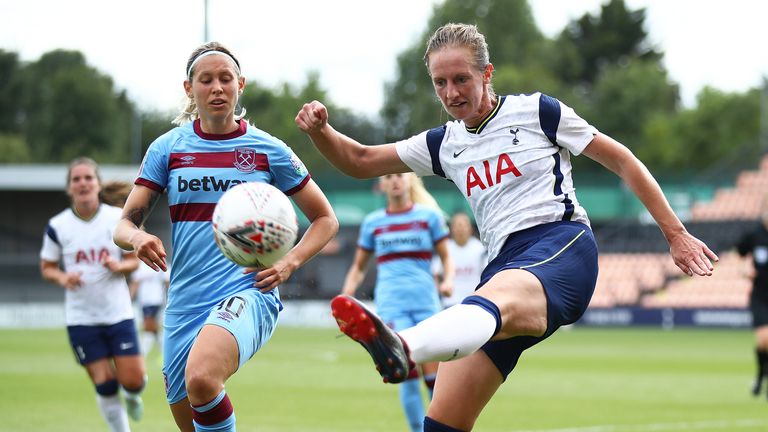 Two goals from captain Lucy Graham helped Everton to a 4-0 win at Bristol City, with the other goals coming from Simone Magill and Valerie Gauvin.